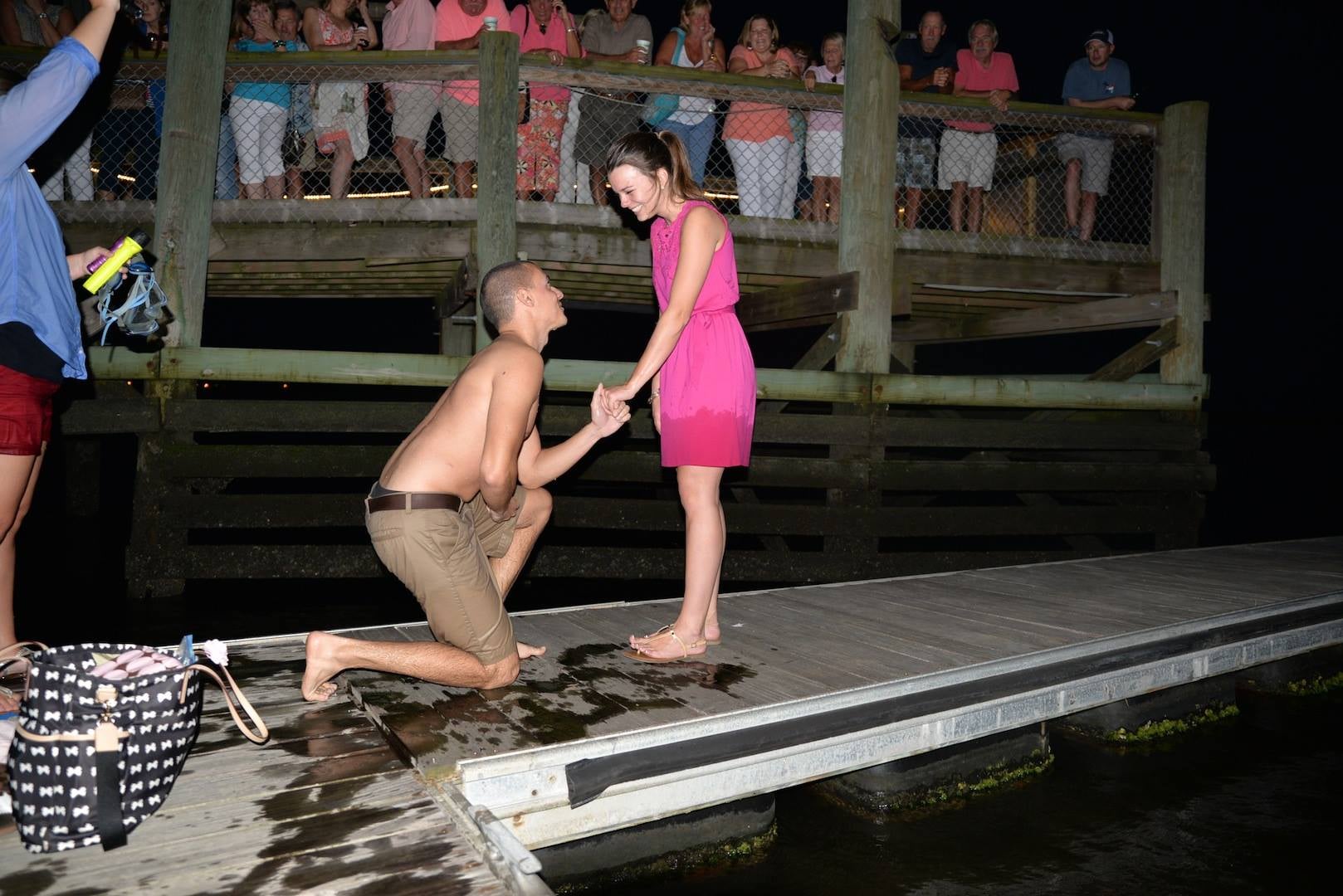 When Matthew Picca planned on proposing to girlfriend Kayla Harrity, we bet he didn't imagine it going like this. The Southport, NC, resident planned to pop the question at their favorite restaurant, which is right by the water. When he got down on one knee on the dock and opened the ring box, the worst possible thing happened — the ring fell out and sunk into the ocean.

"I covered my face and began to cry because I knew my boyfriend was devastated," Harrity told WBTV. "Matthew did not even get to say anything to me before the ring fell into the ocean."

A man dropped the engagement ring into the ocean while trying to propose to his girlfriend http://t.co/J1qrwT1GPI pic.twitter.com/UiugGRtJvo

Luckily, Picca had family, friends, and some random bystanders there to immediately help out. They all jumped into the water with their clothes on and frantically searched for the ring. After over an hour of searching, the ring was finally recovered by a man named Kyle Blusher. Picca reassumed his kneeling position and proposed.

Soaking wet, the couple finally got to take their love to the next level. Everyone around them had an amazing energy as Harrity finally put the ring on her finger. "We walked upstairs and bought the men who helped us a round of shots," Harrity continued to tell WBTV. "They were amazing and we are so grateful to have their help that night."