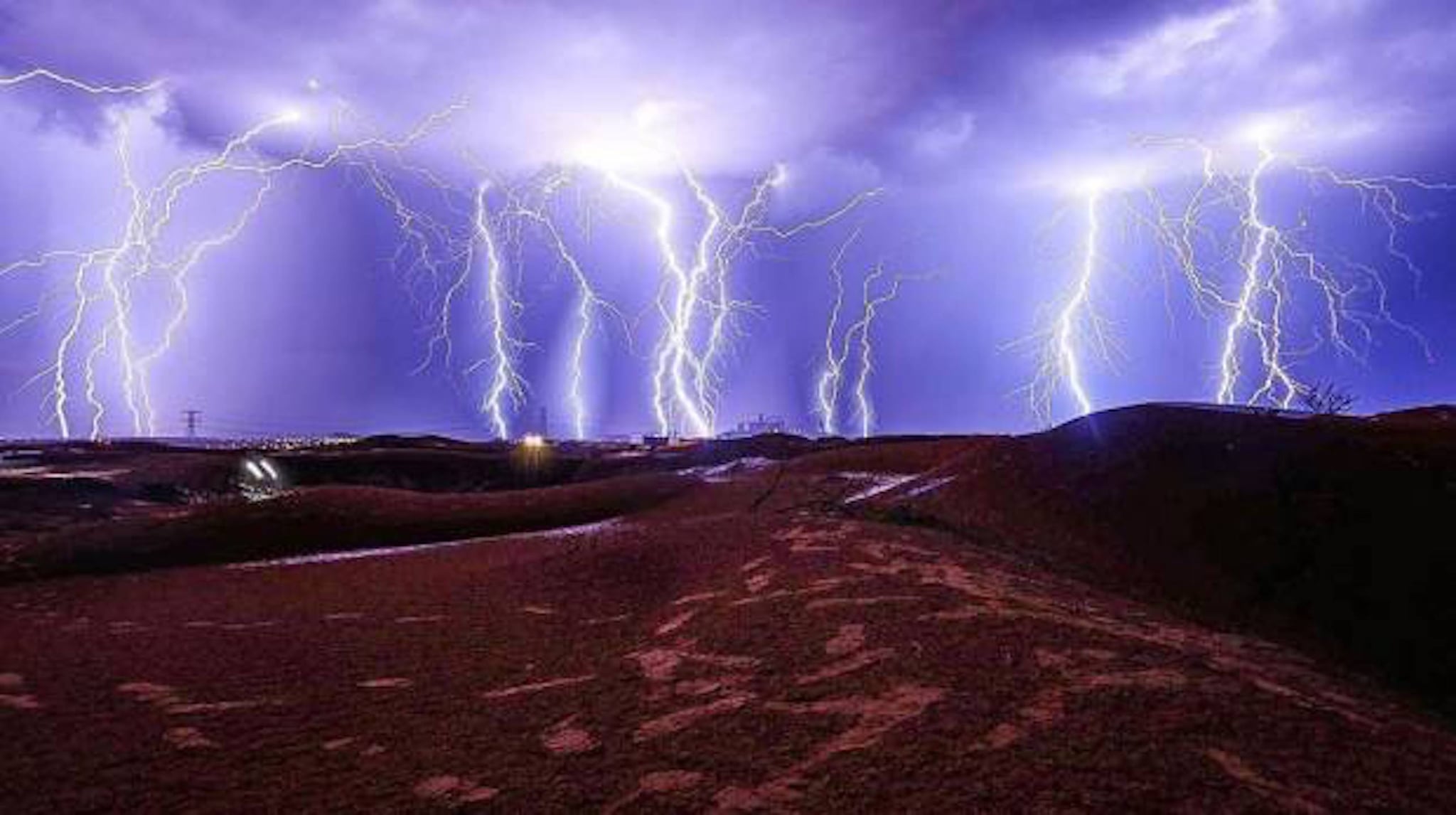 While we're usually used to clear blue skies and sunny days year-round in the UAE, once in a while, the weather surprises us.

Last week, the National Centre of Meteorology issued a statement to Gulf News predicting conditions for the weekend: "The country will be affected by an extended surface depression and upper air low pressure with a cool air mass from the north that will result in gradual increase of clouds amount with some towering clouds accompanied by rainfall from Friday, especially on the northern and eastern regions and islands," it said.

While people around the country were expecting slightly unusual conditions, no one was prepared for the storm that hit Ras Al Khaimah.

Snow, rain and lightning hit the outer emirate, and the skies even lit up in a shade of purple.

Is this just a preview of what's to come this winter? Let's hope not!