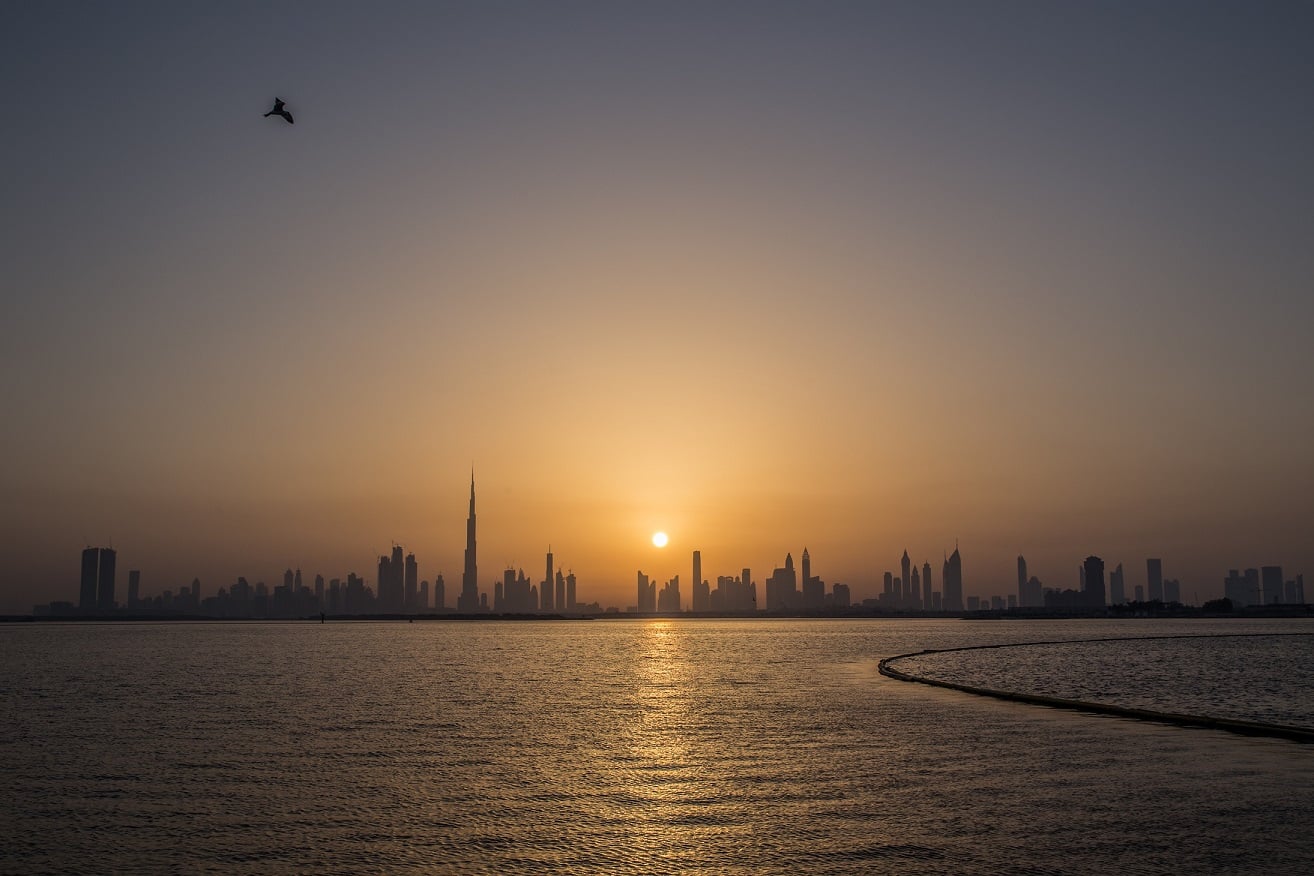 Dubai has definitely developed a reputation for being one of the most dazzling cosmopolitan cities imaginable… and it's no wonder. From the luxurious hotels to the glittering lights that grace the famous skyline, there really isn't any place quite like Dubai.

But how well do you really know this bustling metropolis? Whether you're a seasoned resident, planning a visit soon or even looking to move a more there, here are 11 things you absolutely must know about the city.

1. Dubai is home to the world's tallest building 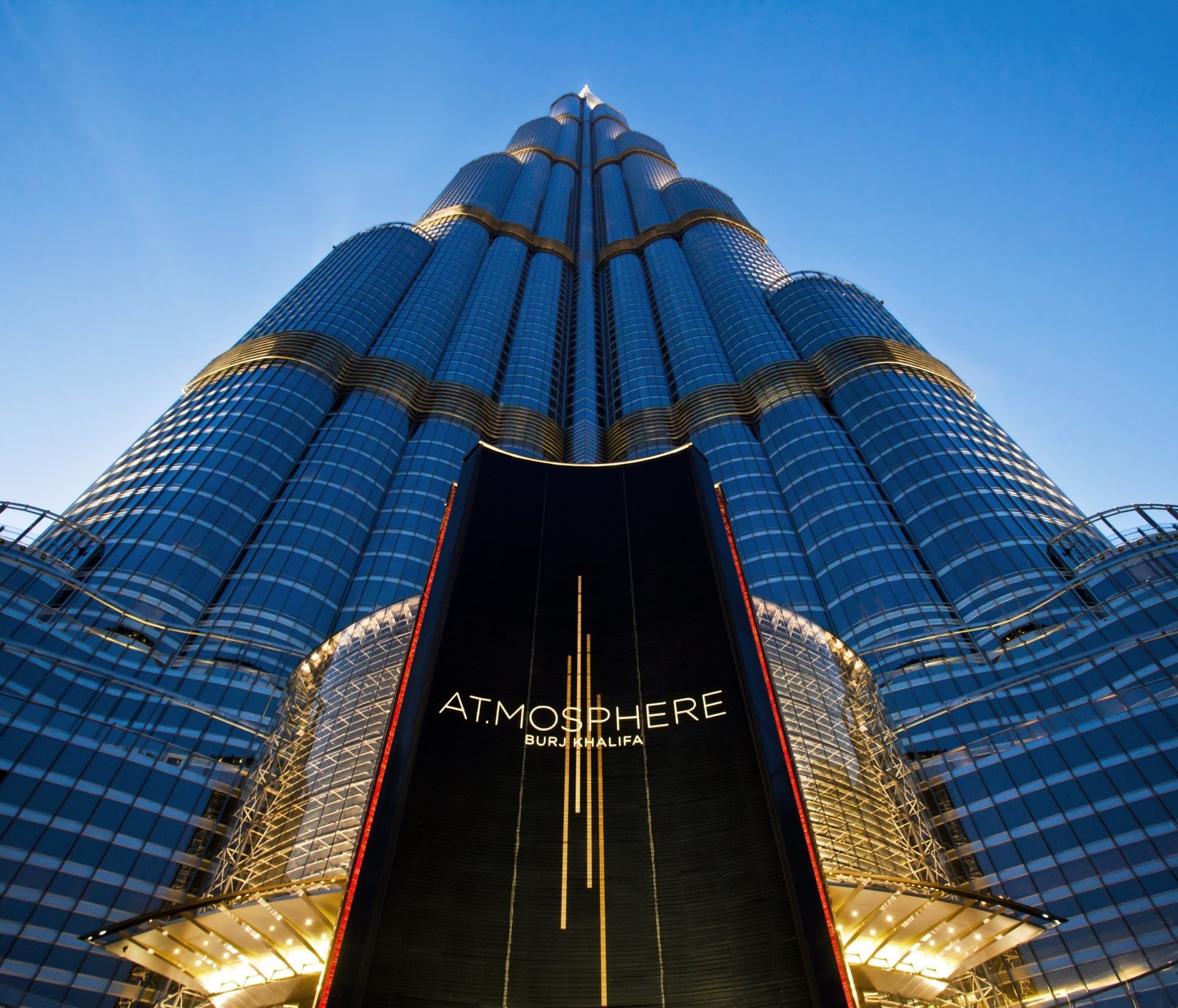 The Burj Khalifa is the highest tower on the planet, measuring at 829.8 meters. As a comparison, the Shanghai Tower in China measures 632 meters. In fact, residents living on the 150th floor or more of the structure are so high up, they see the sun for a longer period of time than those on lower floors. As a result, they must wait two minutes longer to break their fast during Ramadan.

2. It also has the world's only "seven-star hotel" 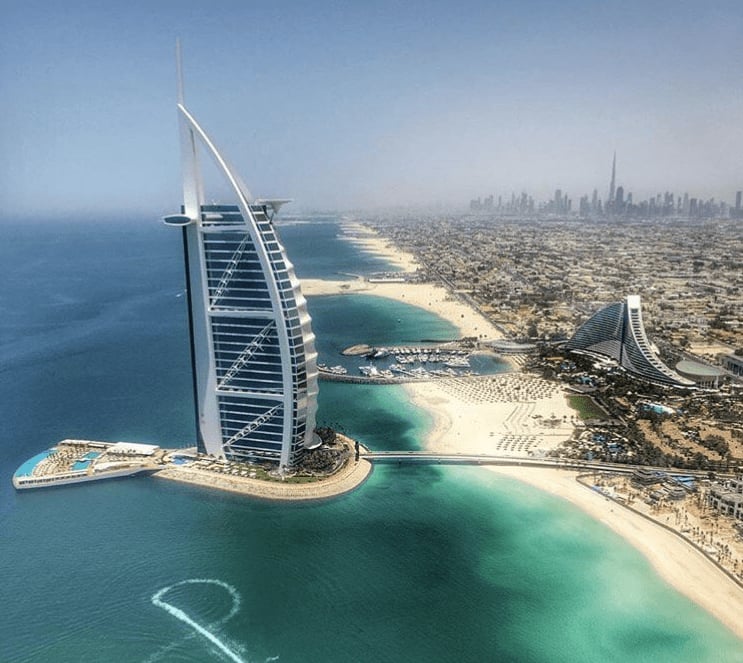 The Burj al Arab is so opulent, it's been given the title of the world's only seven-star hotel. It is the third-tallest hotel in the world, standing at 321 meters.

Some of its spectacular amenities include a helipad near the roof of the building (where Roger Federer once played), a Rolls-Royce to pick you up from the airport and take you to the hotel, flooring consisting of the most precious Italian marble in the world, and revolving beds in the deluxe suites. Every room in the hotel boasts the finest Egyptian cotton sheets, Hermes bath products and a private butler per floor.

Dubai is basically the safest city in the world: Thanks to Sheikh Mohammed bin Rashid Al Maktoum, the laws are strict enough that one could get deported or sent to jail even for smaller crimes. As a result, you don't have to worry about burglary or petty theft.

4. The Dubai Mall is the world's largest shopping center 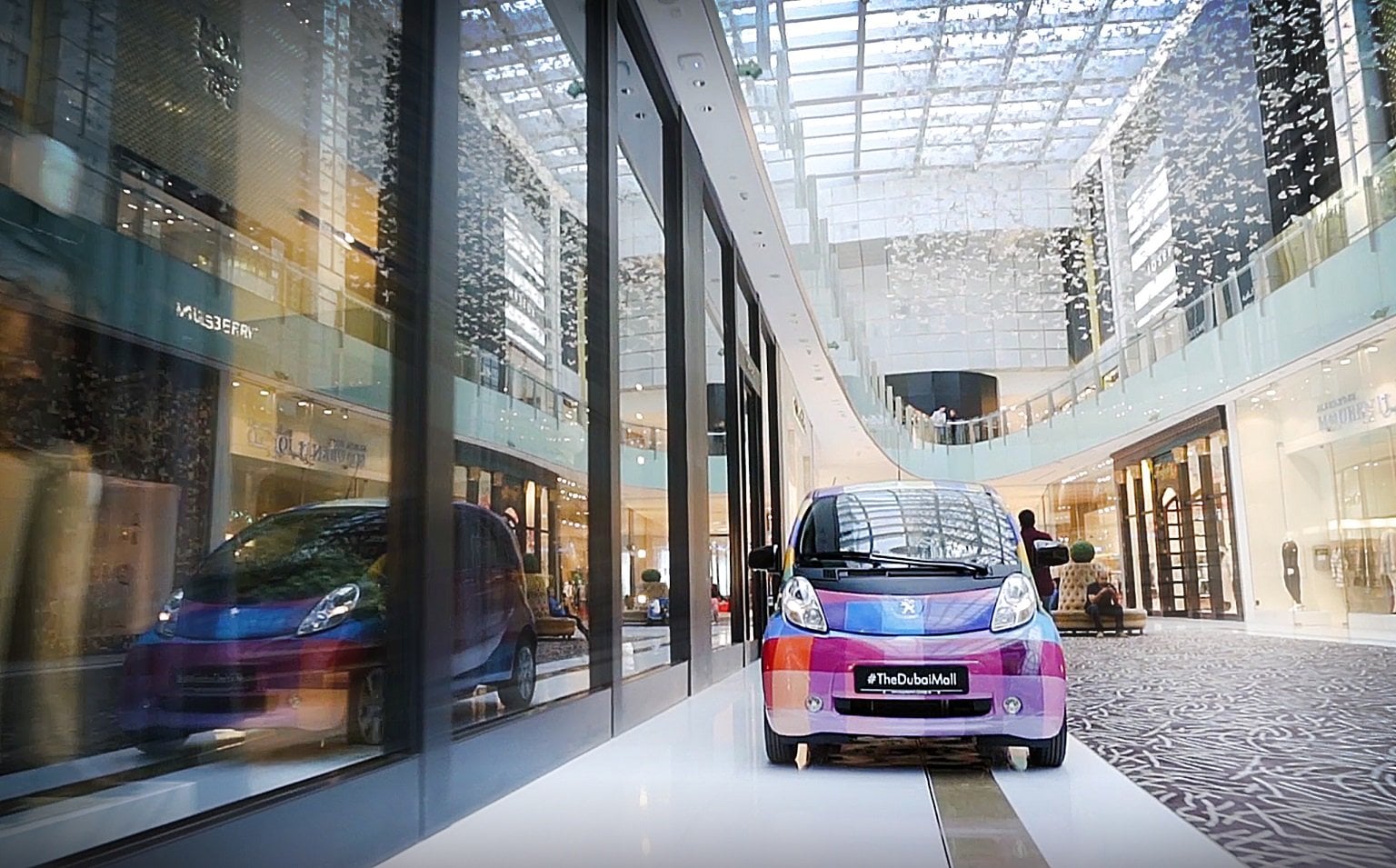 At 12 million square feet, The Dubai Mall is roughly the size of 200 soccer pitches. In it, you'll find over 1,200 retail stores, 200 food and beverage outlets, the Dubai Aquarium, Underwater Zoo and a two-level adrenaline-filled theme park. Guests can browse the stores, go to 22-screen Regal Cinema, play with their children at amusement center KidZania, or even just scope the 270-degree acrylic tunnel of sea creatures in the aquarium. They have cars to help you get around inside, it's that huge!

5. The Gold Souk has almost 300 stores selling the precious metal

The Gold Souk has earned Dubai the nickname, The City Of Gold. Dubai has so much gold: In fact, in 2013, the amount of gold traded weighed more than 354 elephants – we're talking in the tons. It's therefore home to several shops selling this precious metal. And don't worry: The government keeps strict tabs on the quality of the merchandise, so you can be rest assured your purchases will be authentic. And here's a pro tip: Always haggle. The merchants are quite willing to substantially go down on their prices.

6. The Dubai Police Ride around in insane luxury cars

Sheikh Mo is very proud of his police force, and it shows: Dubai Police have some of the most luxurious cars in the world. The reasoning behind this is these vehicles can chase down wrongdoers with ease. For example, in 2013, a McClaren was added to the fleet… and in 2014, a Bugatti Veyron.

7. Dubai proudly has one of the world's fastest-growing economies

Thanks to the loads of expats, a booming oil trade, an increase in tourism and, of course, its excellent reputation, Dubai is on the list as one of the world's fastest-growing economies. The city has changed so much in the past decade, and will only continue to do so.

8. Despite it having a desert climate, there's a way you can ski 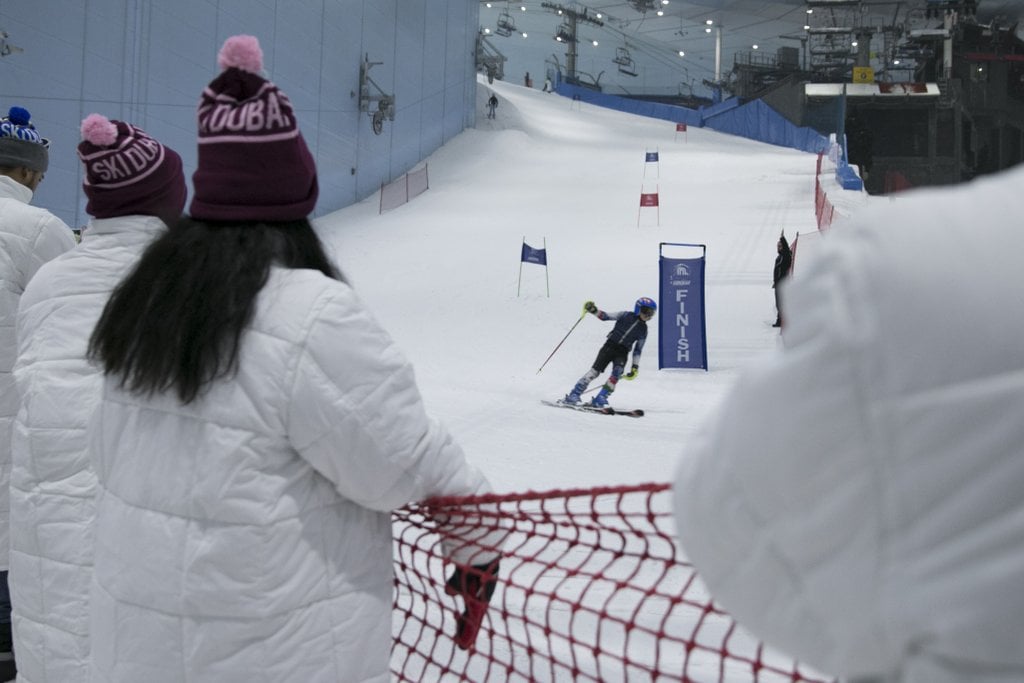 Say hello to Ski Dubai, an entirely indoor skiing rink found in Mall of the Emirates. This amazing creation makes it easy to take a snow day in the desert, with intimate penguin encounters, majestic ski slopes and the Ski Bullet which takes you 16 meters above ground, all while taking in a panoramic view of the world's third largest indoor ski slope.

9. It's getting more and more popular 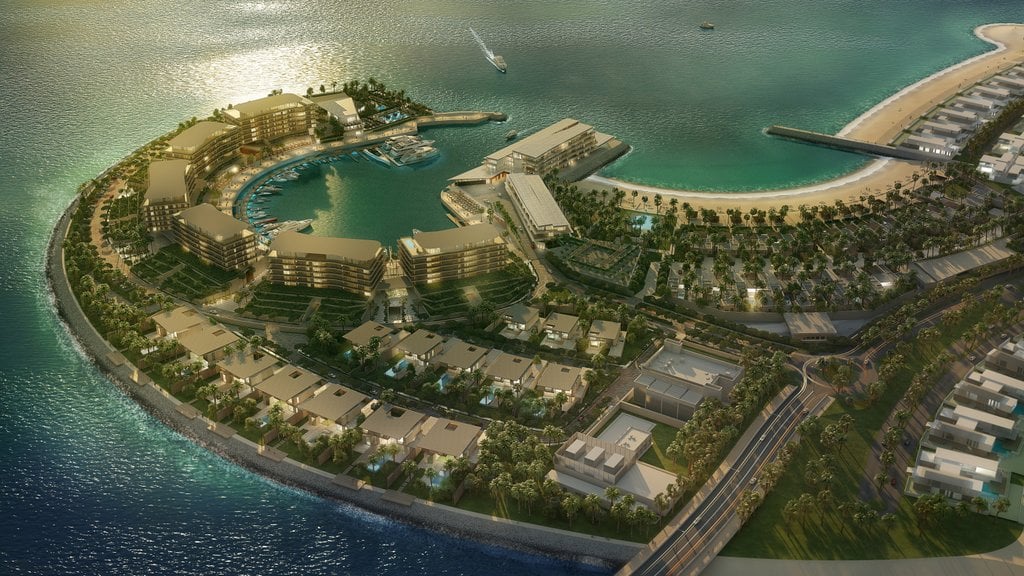 Tourism is a booming business in Dubai, and visitors from all parts of the world are encouraged. From extravagant, world-class hotels – in fact, Bulgari is set to open Dubai's most expensive resort later this year – to delicious, international restaurants, Dubai has embraced itself as a wonderful combination of old-world heritage and modern luxury.

It has therefore been estimated that by 2020, Dubai will have served as a destination hotspot for over 20 million visitors.

10. The coast's artificial islands are incredible to see

Dubai has truly created a mecca in the middle of the desert, but why stop there? It's also home to several artificial islands that boast the world's top eating and living destinations: the Palm Jumeirah, Deira Islands, Palm Jebel Ali, The World Islands and Bluewaters Island.

These islands are entirely man-made and in various stages of completion, with the Palm Jumeirah being the only finished one (it faces out and looks exactly like its name), they're created using a technique called land reclamation, which involves dredging sand from the Persian and Arabian Gulf floors. Talk about an exotic, long-term project.

11. You'll get every cuisine you'll ever want

Expats actually make up the majority of the population in Dubai: Eighty three percent, in fact. The largest percentages come from the UK, India and Pakistan, and the city is also the fourth most visited in the world.

However, seeing as Dubai has definitely embraced itself as the melting pot of the Middle East, you can sample exotic cuisines from all around the world here. But of course, don't forget to grab a taste of the amazing local food, like tender shawarmas, melt-in-your-mouth kebabs and flavorful tagine.