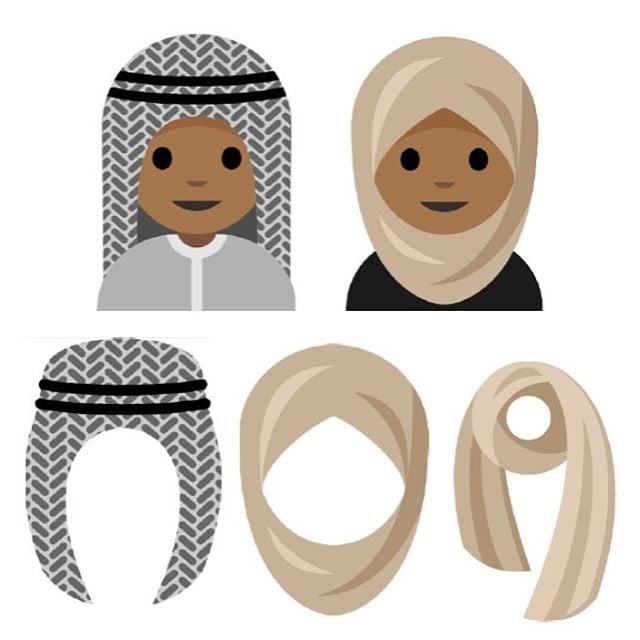 Back in March we finally got emojis that better represent the other half of the population…females. And now one 15-year-old girl from Saudi Arabia wants to take it one step further. Rayouf Alhumedhi has just received backing from Reddit co-founder Alexis Ohanian, who wants to help her add the headscarf emoji to the universal keyboard.

If successful, images featuring hijabs will appear when the Unicode Consortium makes updates in 2017 ,and the teenager thinks the refresh will not only help represent Muslims but women of faiths like Christianity and Orthadox Judaism too.

While one emoji does currently feature a man wearing a turban, Rayouf's additions will depict the male headscarf too. So far Bitmoji seems to be the only similar app that features a headscarf option. It comes at a time when there's a heated debate about whether the burkini should be banned in certain parts of the world, but Rayouf adds that wearing Muslim dress helps liberate her.

"Might seem baffling, but when I wear the headscarf I actually feel liberated because I'm in control of what I want to cover," she explained. "The headscarf allows for people to see past a women's beauty and see her for her knowledge. Now I know, that some women are forced to wear it, but that is micro in comparison to those who see the beauty in it."

Reddit cofounder Alexis - who just happens to be dating Serena Williams - announced the news on his Instagram page, stating: "Proud to be working with @RayoufAlhumedhi and @jenny8lee on a proposal for the Unicode Technical Committee to add a headscarf emoji, for millions of women across the globe to be represented…

"Emoji have become such a big part of our communication (historians are going to have fun so much fun with this) that to leave out hundreds of millions of people is glaring. As a white American man I've greatly benefited from the different perspectives I've found on communities like r/islam where people are speaking freely about feeling marginalized. Emoji may not seem like a big deal, but it's one more way for a lot of people to feel acknowledged and represented -- and that's a good thing."