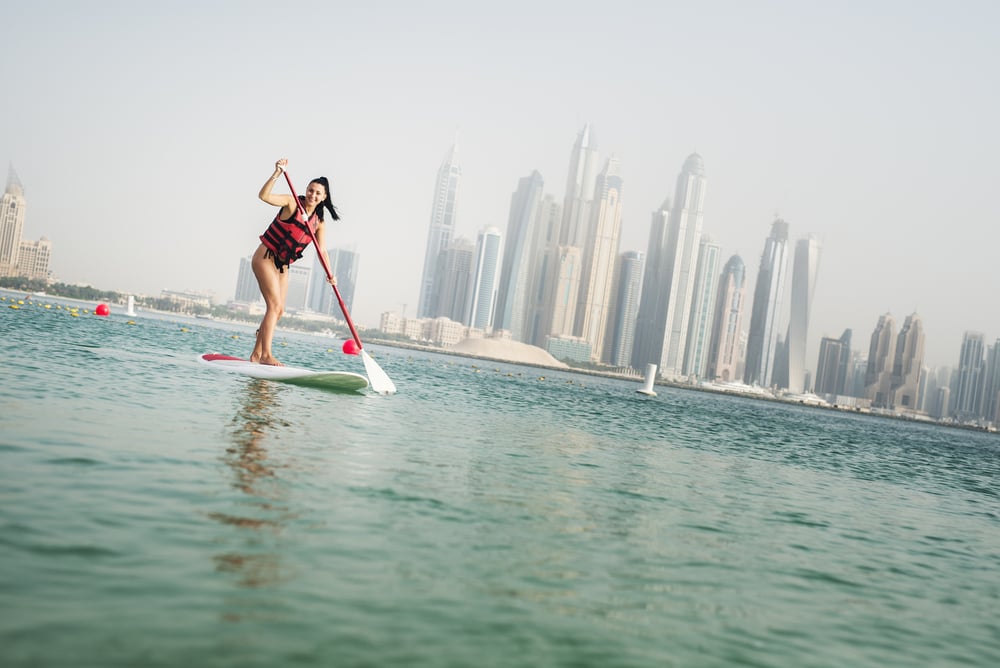 Earlier this month, Sheikh Hamdan--who is known for being one of the most athletic UAE royals-- announced the launch of the Dubai Fitness Challenge.

Beginning October 20, Dubai Fitness Challenge is calling on residents of the city to complete 30 minutes of physical activity per day for 30 days.

While of course anyone (and everyone) is welcome to participate informally, those who are taking the challenge seriously can sign up on the website and register as an individual or as a team.

Soon after announcing the new initiative, Sheikh Hamdan challenged Emirates Airline and Dubai Police to enlist their employees and compete in the challenge.

Now, he's extended the invitation even further, asking Roads and Transport Authority (RTA) and Dubai Electricity and Water Authority (DEWA), to engage in 30 minutes of fitness per day from October 20 through November 18.

Both entities responded quickly-- and both said yes!

Mattar Mohammed Al Tayer, Director-General and Chairman of the Board of Executive Directors, accepted the challenge on behalf of the RTA, saying that the organization was 'honored' to accept:

Want to be a part of the action? Sign up right here!