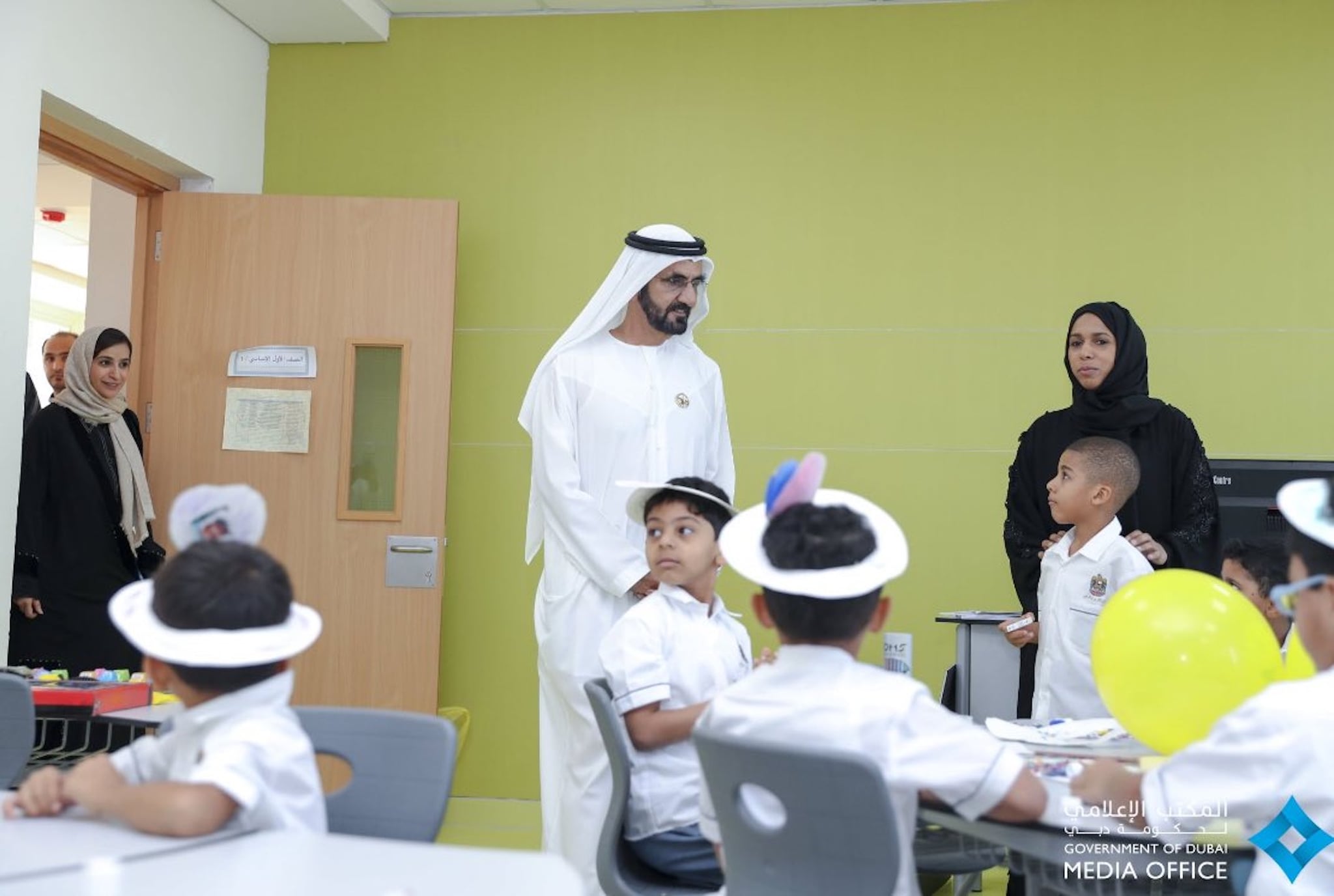 Going back to school after a long summer can be hard on some students, but Sheikh Mo made sure that these students had nothing to complain about after their first day back in the classroom.

To recognize the beginning of the 2017-2018 school year, Sheikh Mo visited a number of Ministry of Education schools, starting with his namesake academy, the Al Maktoum Boys' School.

Sheikh Mo headed to the Al Maktoum Boys' School, which is located in Jumeirah, to tour the facilities and greet students on their first day.

Dubai Media Office Tweeted a video of the visit, where the students are clearly excited to be in the presence of the UAE royal.

The Al Maktoum Boys' School was just Sheikh Mo's first stop. Later in the day, he visited the Jumeirah Model Girls School, where he checked out the classroom for People of Determination.