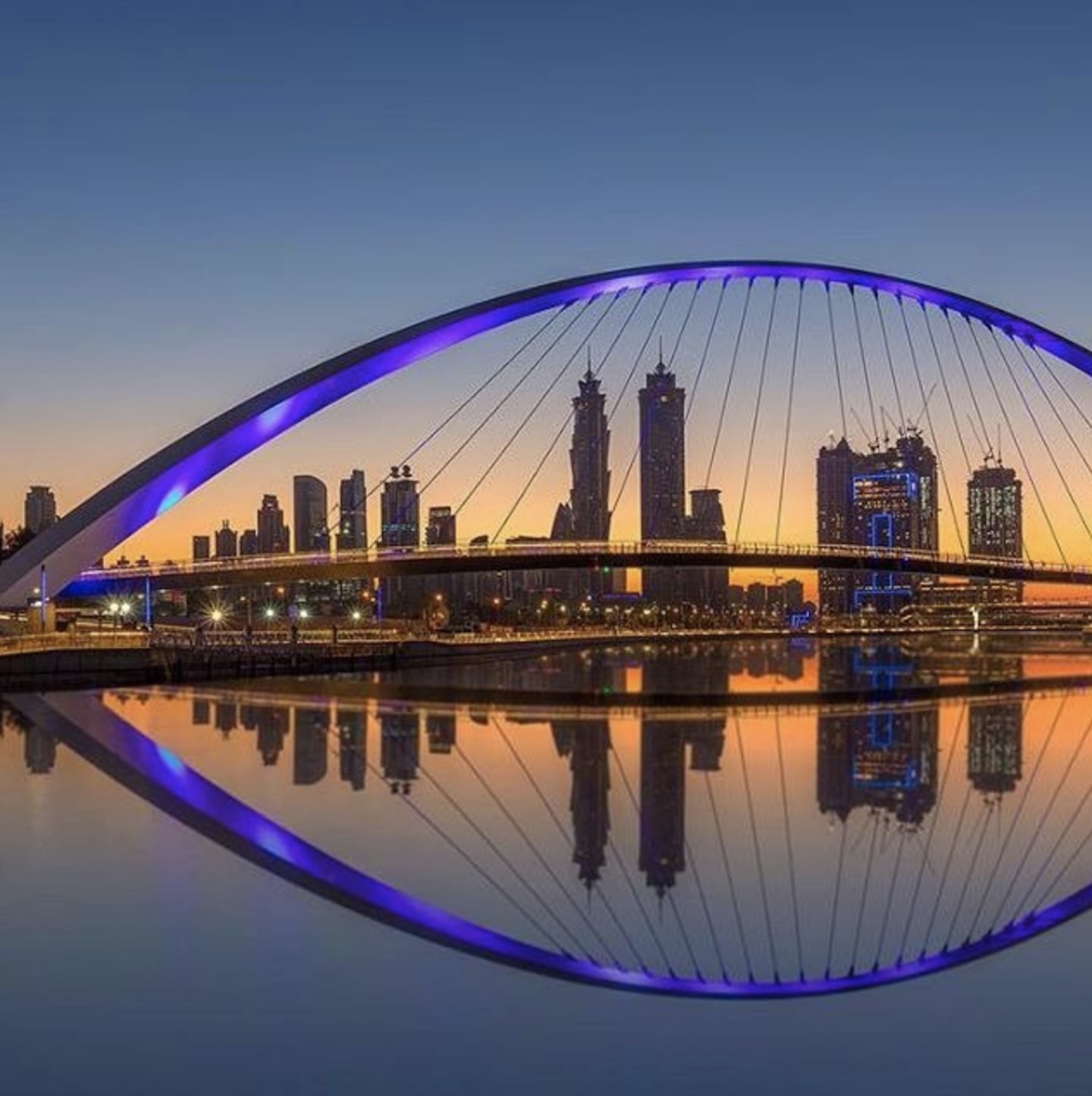 In order to show its commitment to tolerance and promoting mutual understanding between people and cultures, the UN launched International Day for Tolerance on November 16, 1996.

Now in its 21st year, people around the world will celebrate the occasion today and throughout the weekend.

This year, the day takes on particular meaning as the UN has launched their TOGETHER campaign-- "a global campaign that aims to reduce negative perceptions and attitudes towards refugees and migrants, and to strengthen the social contract between host countries and communities, and refugees and migrants."

Sheikh Mo was quick to recognize the holiday, and Tweeted a video yesterday showing how the people in the UAE are among the "happiest and most accepting."

Tomorrow is the International Day for Tolerance, a value deeply cherished in the UAE - our people are among the happiest and most accepting. pic.twitter.com/XuiAUCVwEF

He followed up with another Tweet announcing that he's named a bridge in the city Tolerance Bridge.

"We have named Dubai's one of most beautiful bridges Tolerance Bridge, in honour of this day. Bridges connect people, cultures and hearts," he wrote.

We have named Dubai's one of most beautiful bridges Tolerance Bridge, in honour of this day. Bridges connect people, cultures and hearts. pic.twitter.com/wjGXAw1Co3

"Tolerance is synonymous with the UAE," he continued. "It is a fundamental value of our people and an essential element for our development and prosperity in the future."

Sheikh Mo also posted a letter in Arabic, addressed to the residents of the UAE. Read the full translated text below, courtesy of Khaleej Times:

"Brothers and sisters . May the Peace and the mercy and blessings of Allah be upon you.

Tomorrow, the world celebrates the International Day for Tolerance. On this occasion, I would like to say a few words from the bottom of my heart to citizens and residents, especially the youth.

I still remember the majlis of my father, Sheikh Rashid (may God have mercy on him) that happened more than four decades back ... the nature of the gatherings. They included citizens, young and old; the villagers as well as urban community; and people from different tribes, faiths, origins and races. For Sheikh Rashid, all of them were citizens, they were given same respect, rights and duties. And even gifts.

Of them, the closest to Sheikh Rashid was the one who served people the most and the most effective ones in their fields.

The people who attended his gatherings were not less than citizens, even though they were from different nationalities and cultures. Sheikh Rashid treated them as his sons, and gatherings integrated them in Dubai.

After the formation of the Union, I came to know Sheikh Zayed closely (may God rest his soul in peace); a father-son bond developed between him and me. I found in him a father and a teacher. I came to know about his majlis, how he respected people and his morals. His gathering was a school ... his talks were a school, and his interaction with people was also a school.

He helped everyone, taught everyone, loved everyone and they loved him back, and they all prayed for him. When he went forever, they bequeathed their love for Sheikh Zayed to their children and grandchildren.

This is the legacy of Sheikh Zayed and Sheikh Rashid, two greatest souls who left behind their principles and morals for us.

We should be proud of being a nation where different nationalities are living in peace and harmony. With true love and tolerance, all live and work together to build their children's future without fear of intolerance and hatred or racial discrimination or distinctions based on color, religion, race or ethnicity.

We see the people equally, as God created them; no one is superior to others except in knowledge, or adherence to the laws and constitution, and by respecting our nation.

We are all the "children of Zayed", and his children don't hold his name and love to the nation alone, but they hold the values of his morals and indulgence and his love to all the people.

May God guide me and my brothers and sisters to do everything that is good for this great country.