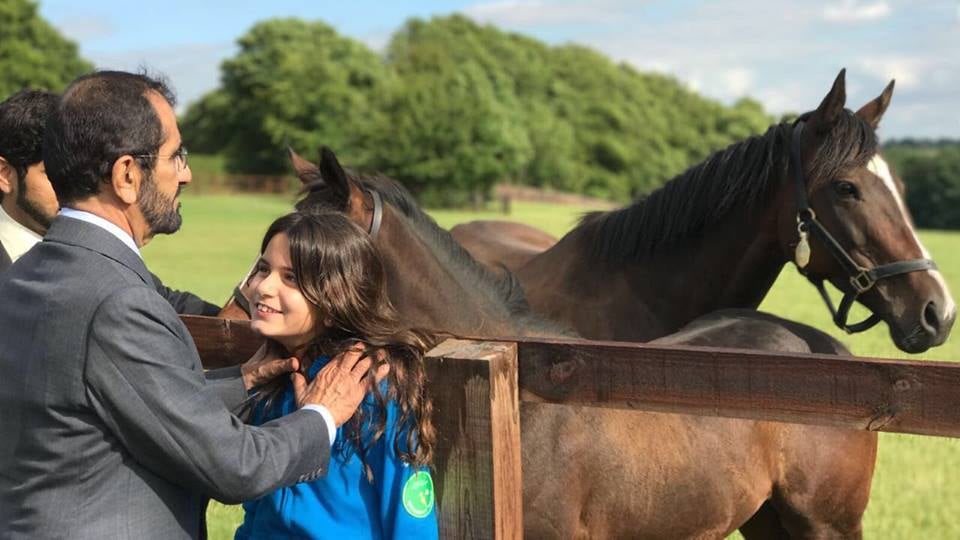 Over the weekend, Sheikh Mo's children and grandchildren paid tribute to the family patriarch for his 68th birthday, sharing adorable throwback photos, and even a video of the youngest ones sending their grandfather well-wishes on his big day.

Now, the family has landed in Italy to attend the Sheikh Mohammed Bin Rashid Al Maktoum Endurance Cup Festival at Toscana. The three-day-long festival will see 500 riders from 44 countries compete.

Princess Haya shared a photo on her Facebook page showing her daughter, Sheikha Jalila, alongside Sheikh Hamdan and their father, Sheikh Mo.

Princess Haya herself is an accomplished equestrian, and she's already coaching her daughter to follow in her footsteps: earlier this month, she shared photos of the family attending Jalila's first royal ascot.

But it's not all horsing around: it appears that Sheikh Hamdan took a break from royal duties to take a quintessential tourist pic with the Leaning Tower of Pisa.