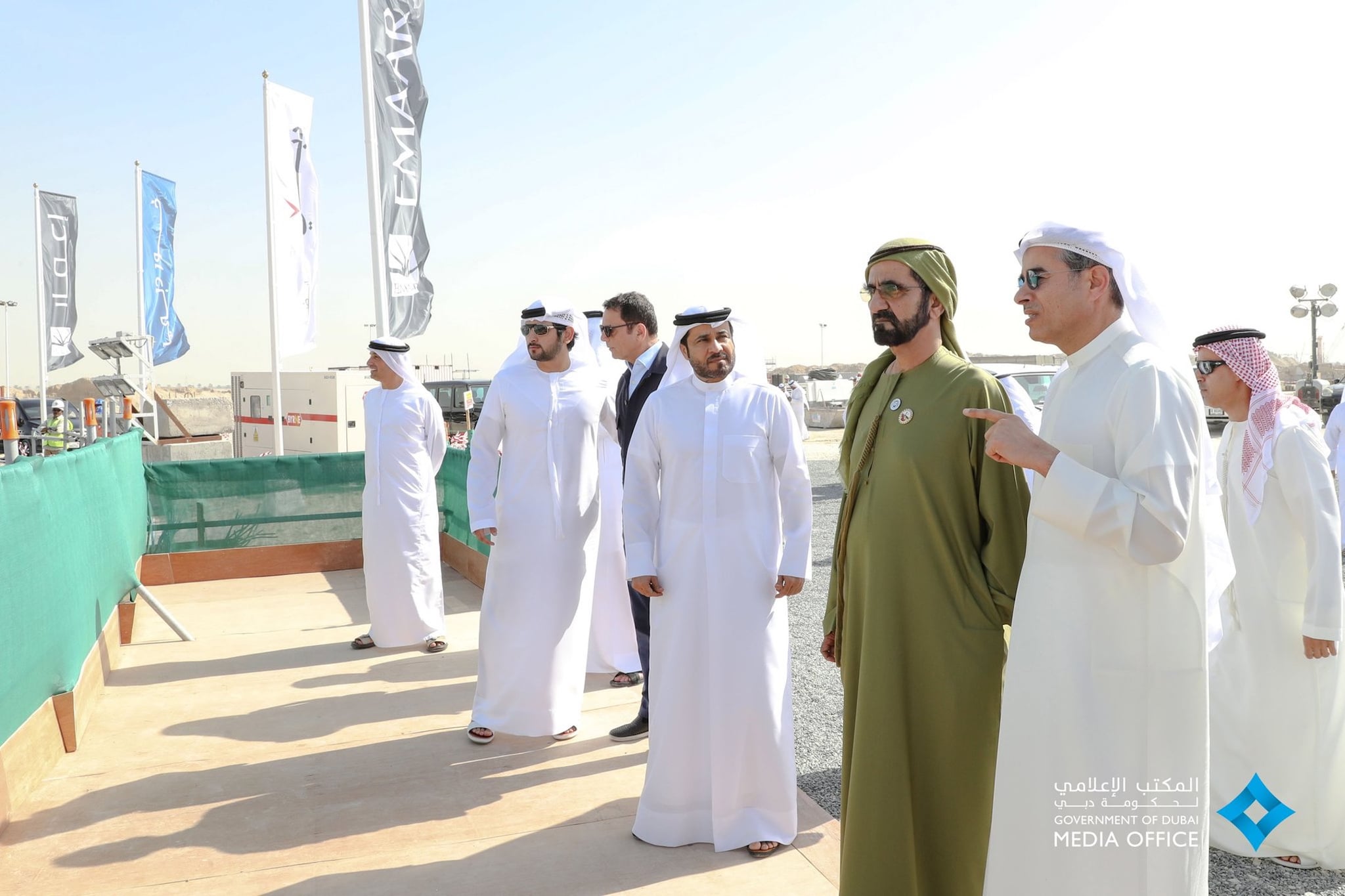 Once the actual building is completed, it's set to be taller than the Burj Khalifa and will have the world's tallest observation deck. Located near Ras Al Khor National Wildlife Sanctuary, the design of the building is inspired by the lily flower and resembles a minaret.

Last year, a replica of the structure was unveiled in The Dubai Mall, but as construction on the site progresses, the UAE royals are on hand to make sure everything is going according to plan.

Just yesterday, the Vice President of the United Arab Emirates visited the site, and it looks like the new project is up to royal standards.

Dubai Creek Tower isn't just a building: the complex will have residential and commercial space, 22 hotels, and 11.16 million square meters of retail space!

Watch the video below for more details.