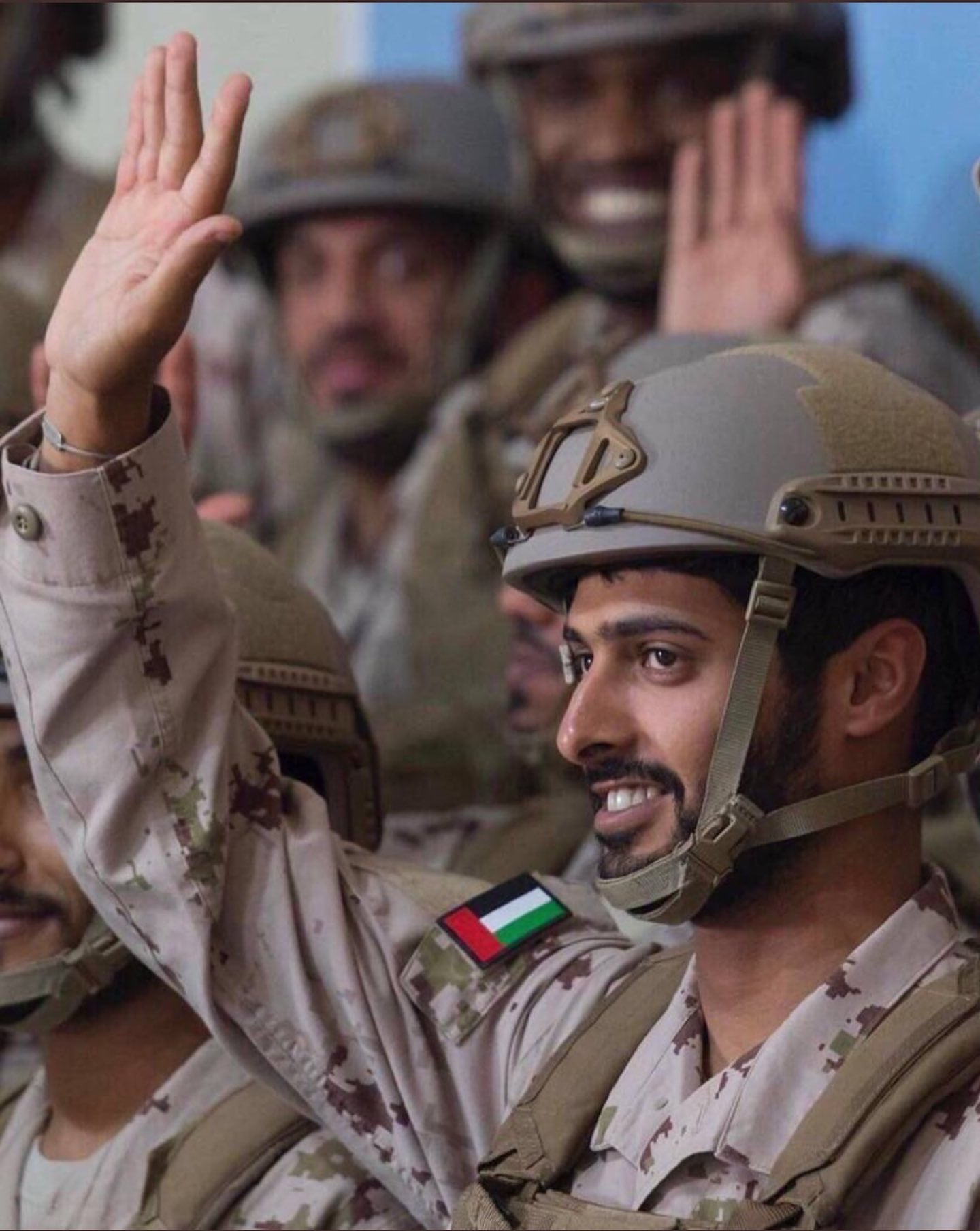 It wasn't just Sheikh Mo that paid tribute: the Burj Khalifa lit up with the injured solider image, congratulating him on his safe return home.

We congratulate the nation and its leaders on the safe return of the brave Sheikh Zayed bin Hamdan Bin Zayed Al Nahyan to our beloved UAE. @ZayedHamdanHH pic.twitter.com/HbNsyL9yJL

"Today, we are pleased with the safe return of Shaikh Zayed. We ask Allah Almighty to preserve our soldiers who are on the front lines and bless the injured with speedy recovery and bestow his great mercy upon our martyrs," Shaikh Mohammad Bin Zayed wrote on his Twitter account.

"We congratulate the nation and its leaders on the safe return of the brave Shaikh Zayed Bin Hamdan Bin Zayed Al Nahyan to our beloved UAE.