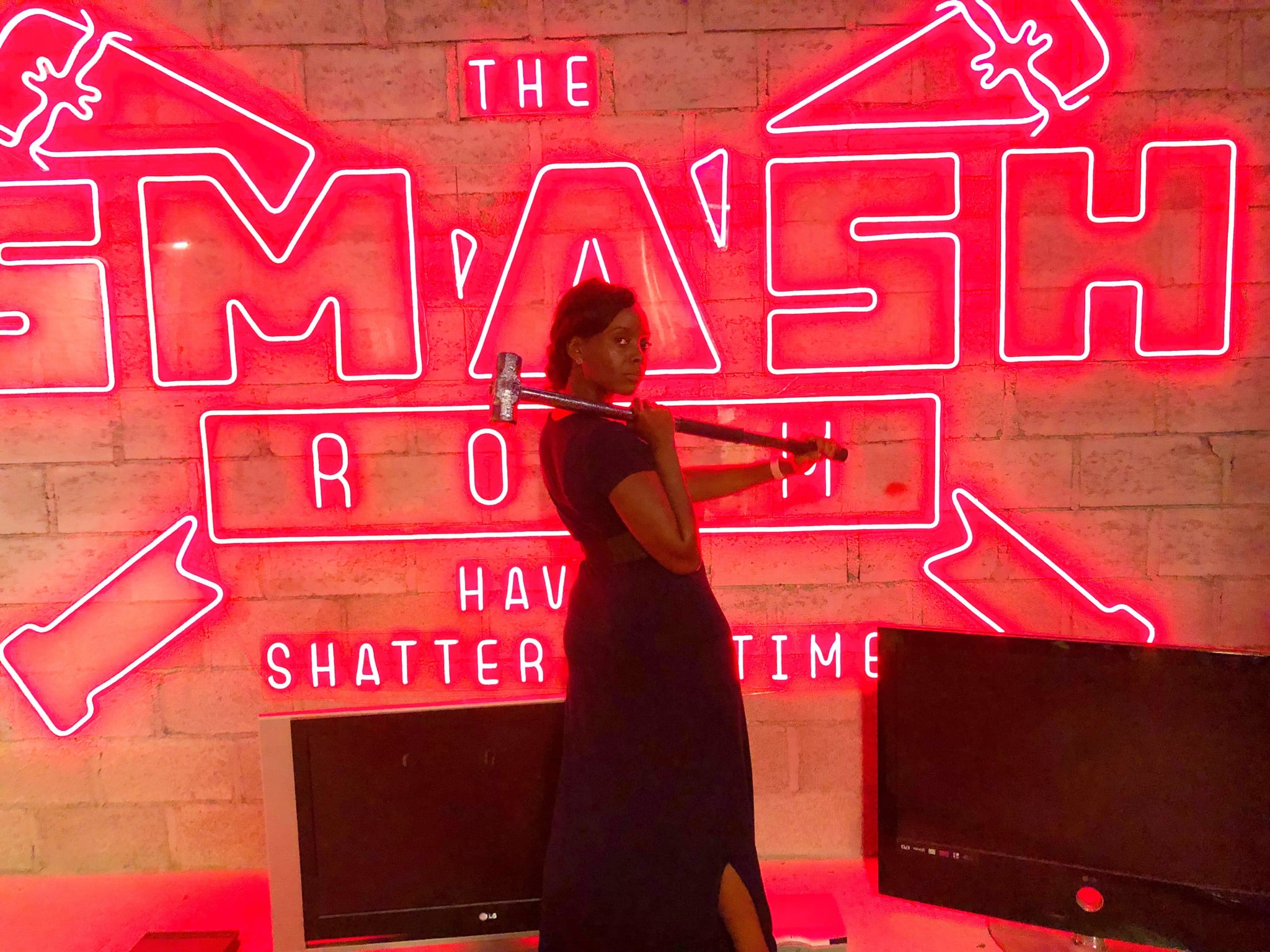 If watching Beyonce shatter car windows in the video to accompany her Lemonade album gave you life, you'll love The Smash Room.

The venue recently opened in Dubai's trendy Al Quoz neighborhood and it does exactly what it says on the tin. Boyfriend cheated on you? Had a rough time at work recently? Or simply wanna make like My Big Fat Greek Wedding and smash some plates? Then this unique offering to the emirate is for you.

First of all, you'll walk in to a cool graffiti-covered set-up, one of the murals looks like a cross between Donald Trump and the ghost character from the famous Edvard Munch The Scream painting. The owner and I couldn't quite figure out whether that was intentional but it certainly would get anyone in the mood for smashing.

Guests can choose tracks they want to play during their half hour session; so even if Bey doesn't tickle your fancy, you can imagine you're Miley Cyrus wreaking havoc in "Wrecking Ball," rock out to heavy metal or go on an expletive-filled rant to your fave hip-hop tracks. Bear in mind your selections will be playing to everyone in the venue though.

Next up is the obligatory Instagram opportunity in front of the neon red The Smash Room sign. Okay, it's not obligatory but if you didn't take a photo, did you even smash though? The Insta-wall is set up with a few TVs surrounding so you can pose it up like you're about to break some large screens with your weapon of choice; will it be a sledgehammer, axe, baseball bat, crowbar? Either way, you're guaranteed to look like a badass. I'd recommend taking your shots before getting your protective gear on. Yes, there's a bit of an armor situation... 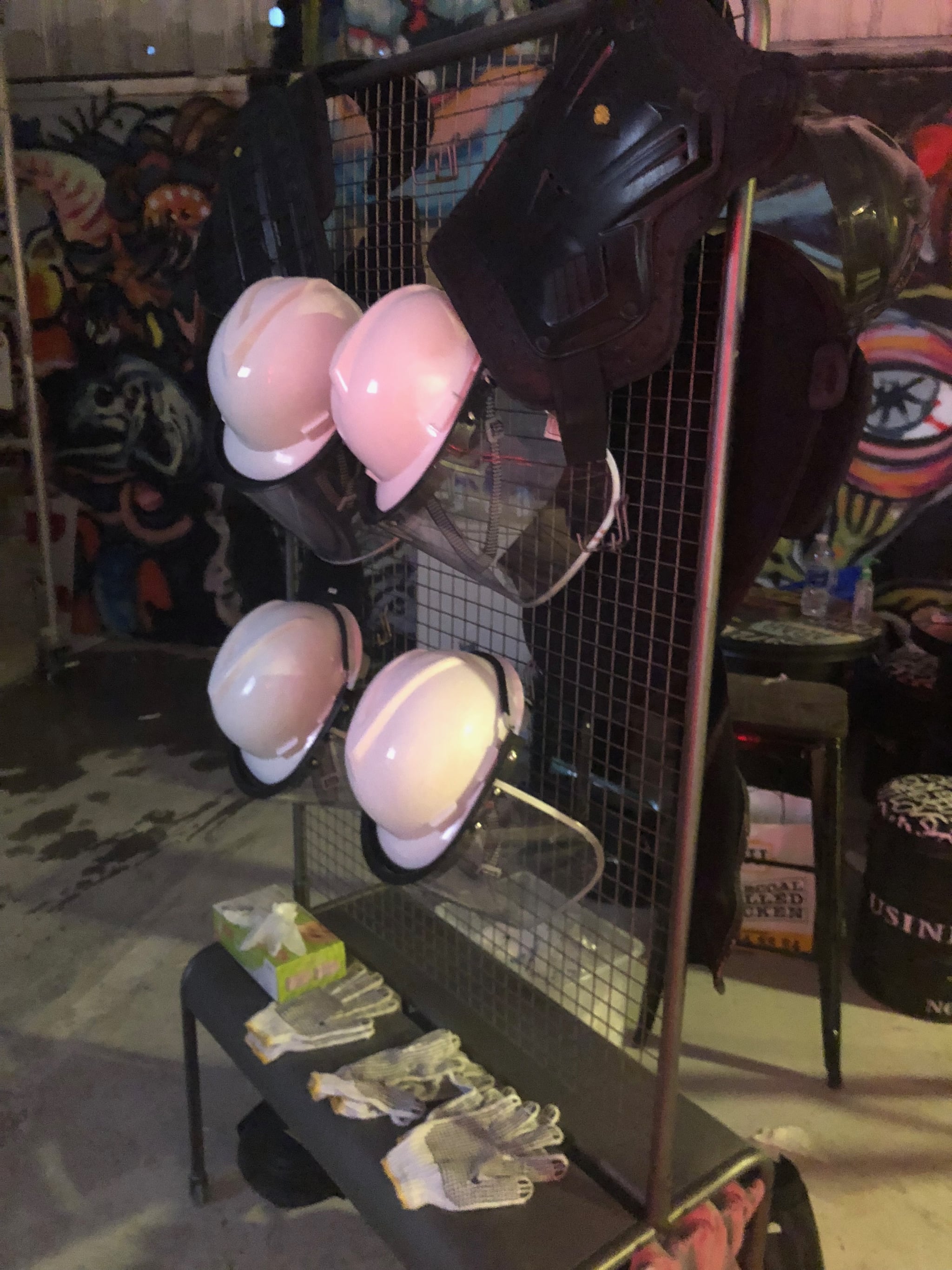 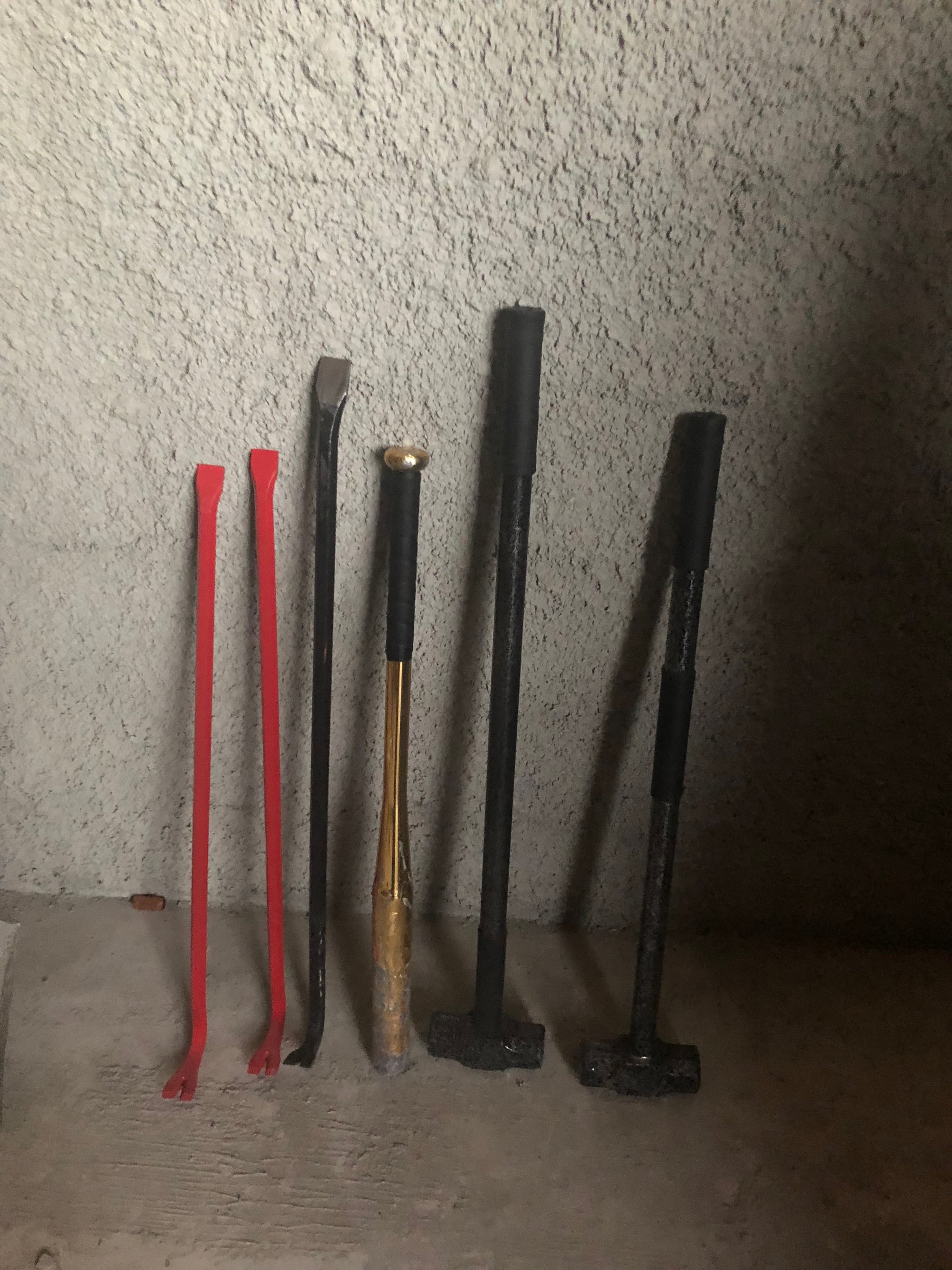 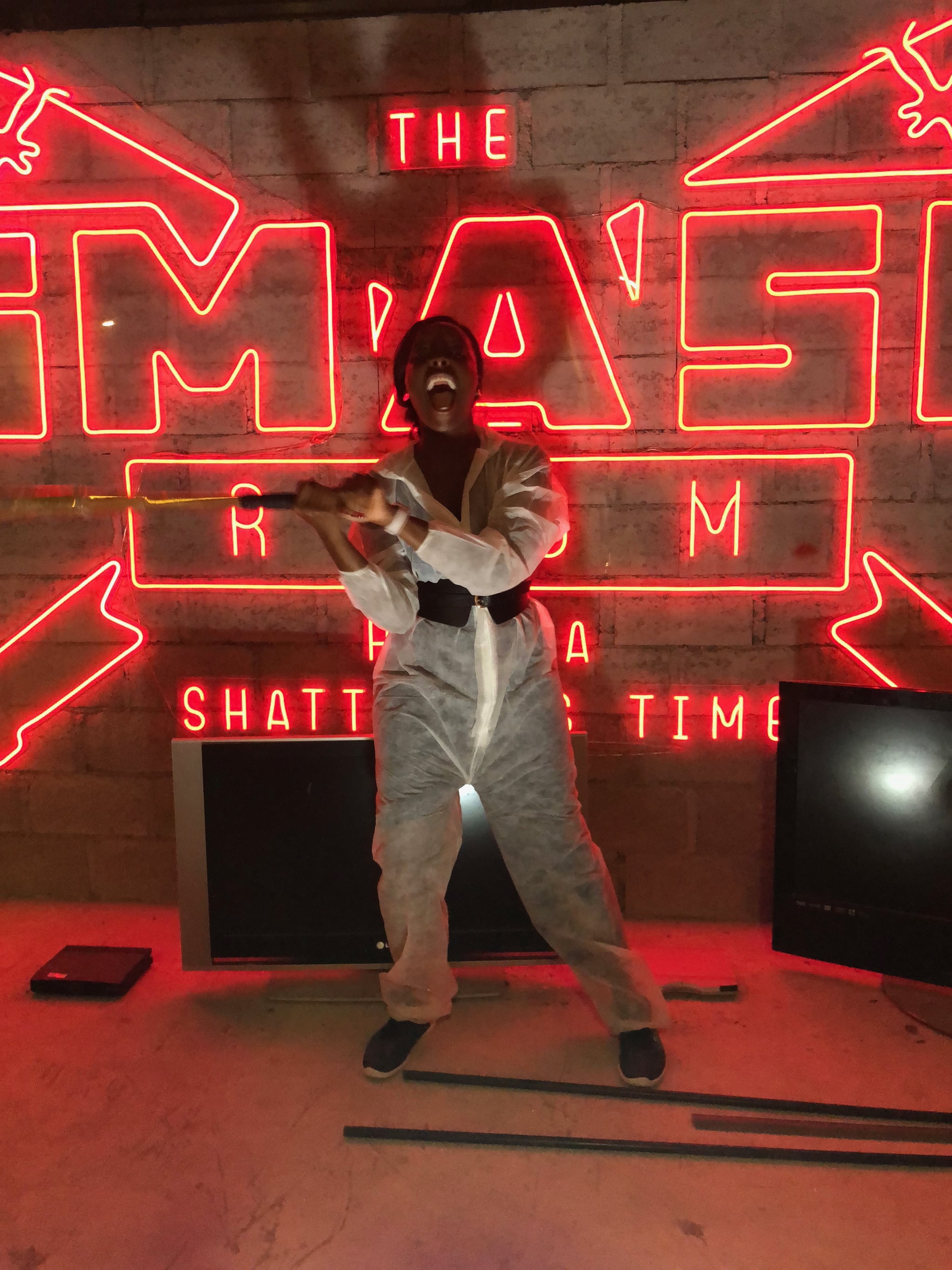 Don't even think about stepping inside a room without getting suited up. With pieces of crockery flying about, the smashing game is taken very seriously here. I was required to wear a disposable zip-up white suite, nicely styled with model's own waist belt of course, plus some heavier upper body armor, knee pads, gloves and a helmet with a visor. You can imagine what a sweat you'll work up inside that all, hence my recommendation to pose it up before getting your gear on.

It's a small venue but fits four compact dystopian-style rooms. Nothing fancy here, because what's the point when you're sole purpose of being there is to destroy everything?

The only experience I've had going on a smashing rampage is accidentally dropping more than one glass tumbler in the kitchen last year. How very rock 'n' roll. So, my first stage of feelings was pure guilt. Throwing perfectly good mugs and plates at the wall or stacking them up on a drum to smash them to smitherines in one fell swoop ... the idea was just crazy to me.

But it helps to have a little crowd cheering you on from the windows at the sides. If you don't have the image of something or someone you hate to channel your rage into, acting up a scene of not liking your meal at a restaurant and throwing your dish across the room helps.

And there's plenty more where the kitchen items came from; while guests pay according to how many, and what types of items they have in the room, you can also bring a box of the stuff you want to get rid of for a cheaper rate. What better way to get rid of the stuff he never came back to pick up?

Otherwise, have a good hacking away at a printer or desktop computer screen. That's certainly one way to let go of all the office stresses from the week. And mannequins are also there for the smashing so print out that face you hate before heading there.

It sounds like nothing, but smashin' ain't easy. If you'd usually spend time in the gym after work, sweating your worries away with a cycle session you might want to reconsider. My Apple Watch said I'd burned eighty calories in the room and apparently I was only smashing for a song and a half. That's definitely more than I would've burned on the stationary bike.

Although you get half an hour in the room, you're free to constantly pop out to the cafe and replenish all the used up energy with snacks. Some girls go to the spa to unwind but rebels go to The Smash Room. Prices range from AED75 with your own stuff or AED299 for two people. 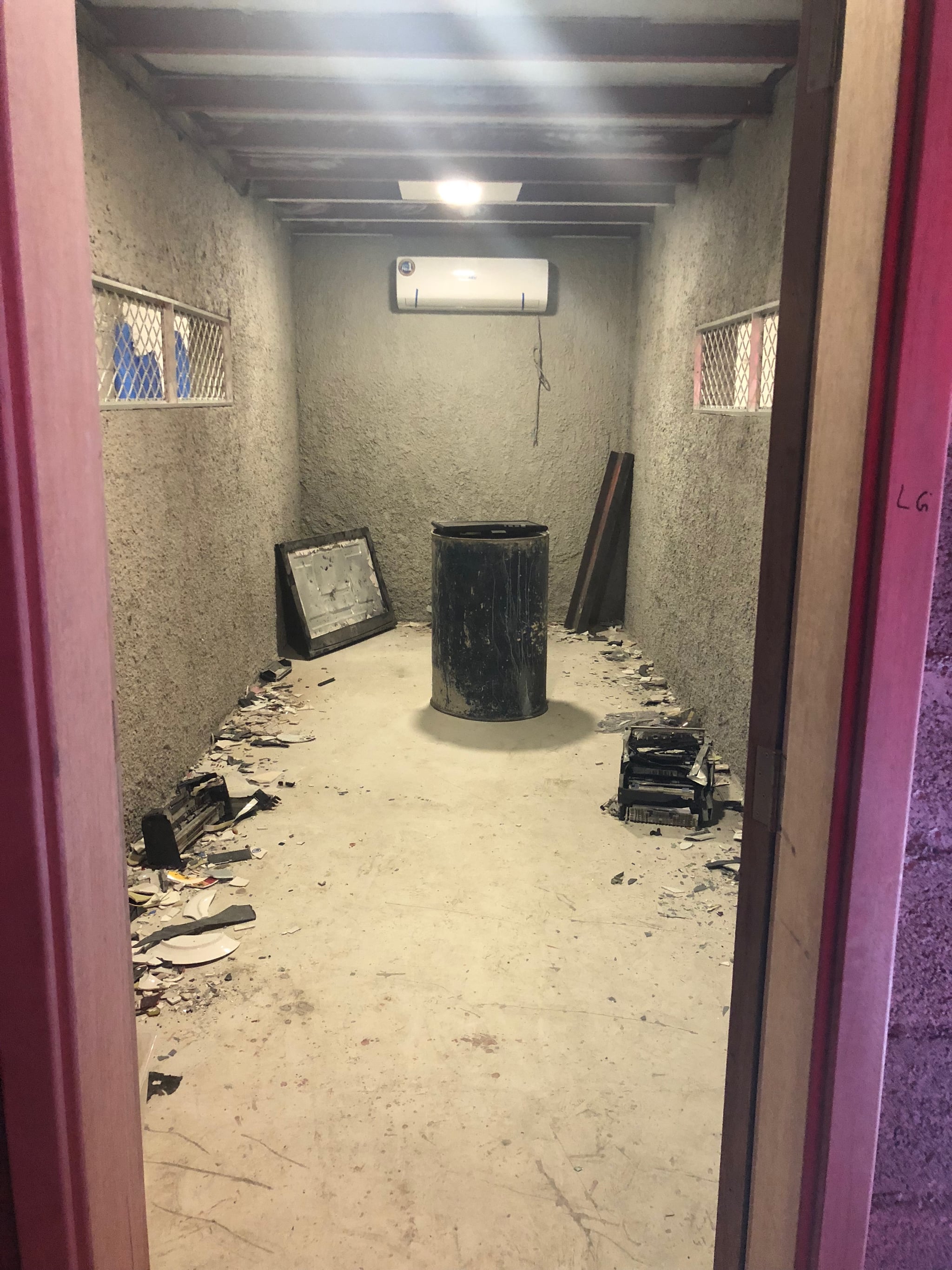