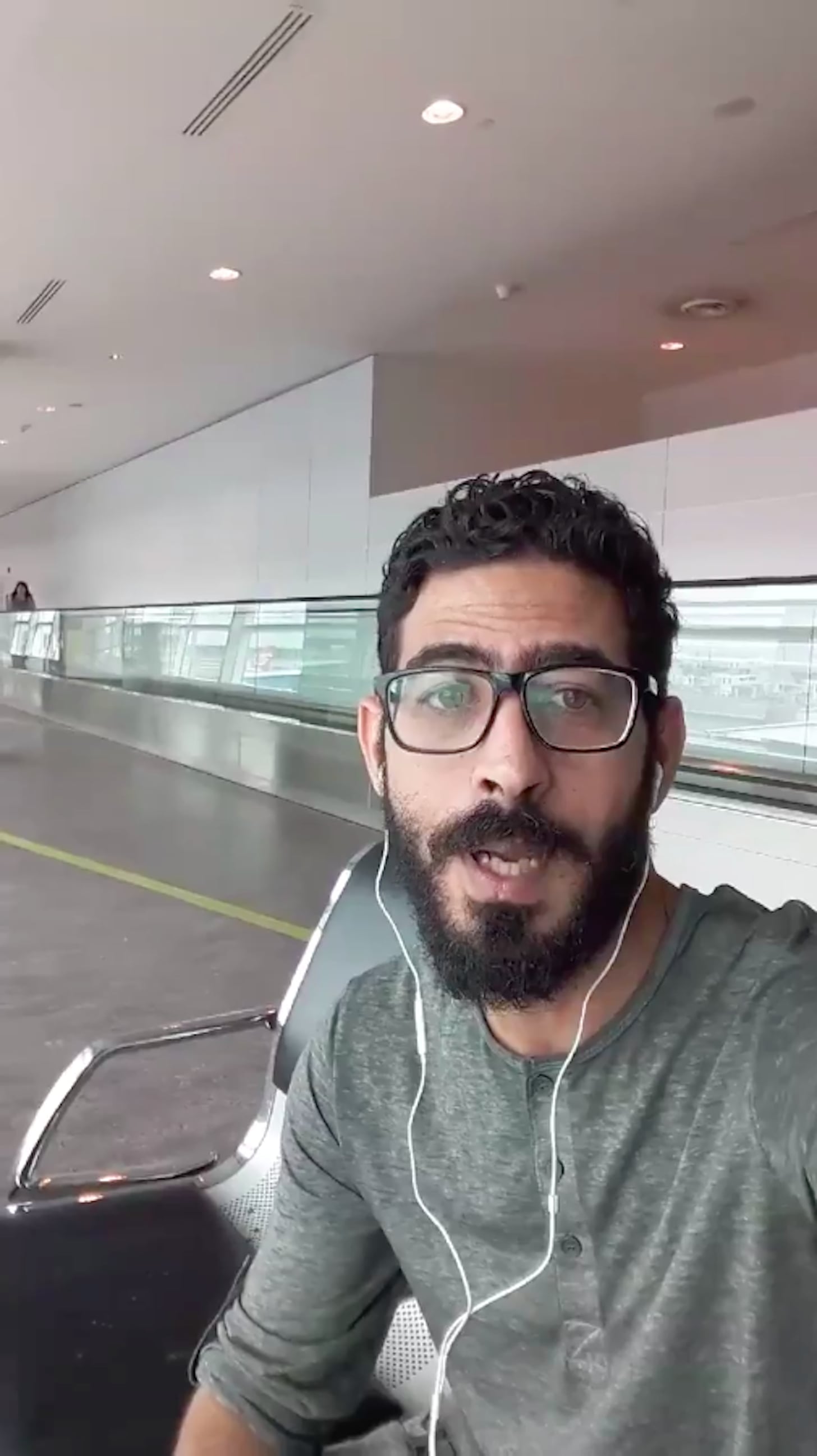 Imagine this scenario: A man stuck in an airport, unable to enter the country because of visa restrictions, but unable to leave to his homeland, which is in the middle of a war.

Only this isn't a scene from Tom Hanks' The Terminal. This is the real-life story of Hassan Al Kontar, 36, a Syrian man and ex UAE resident that has been stuck in a transit terminal in the Kuala Lumpur International airport in Malaysia for 35 days now, reports The Intercept.

With just a neck pillow and airplane blanket to keep him warm, and with his finances rapidly dwindling, Al Kontar is surviving on leftover airline meals of rice and chicken – and the one luxury he allows himself once a week – a cup of coffee.

Things weren't always so dire for Al Kontar. In 2006, he was a law-abiding Abu Dhabi resident who worked as an Insurance Marketing Manager. It was six years later, in 2012, when things started to go wrong for him. In a case of really bad timing, his passport expired just when the war broke out in Syria. The UAE government refused to renew his passport abroad. That meant he could only renew it from home – which is when he would have been called upon to fulfill his military duty.

That was not a choice for Al Kontar, so he tried to slip under the UAE government's radar, working under-the-table jobs for below minimum wage just to survive between 2012 and 2017. His living conditions were rough, but no passport meant no residency, and so Al Kontar made do living on the streets when money was short – as often was the case.

When the UAE police finally caught up with him they gave him a choice between returning home or going to Malaysia where Syrians could enter without a visa. He was given a three-month document allowing him to stay, but not work. However, getting a residency in Malaysia, which allows Syrians into the country but doesn't recognize refugees, didn't pan out.

Instead of giving up and surrendering to police so that he may be deported to his homeland (as UNHCR told him to do), he started hatching other plans. You see, he'd finally gotten his passport renewed after Syria agreed to renew the passports of its citizens again. Now the owner of a valid passport, he was able to get enough money for a $2,300 ticket to Ecuador, one of the few countries that accepts Syrians without a visa. Ecuador became the new goal, since it not only allows Syrians to enter and recognize refugees, but getting a residency is a lot simpler and direct than other countries. But when Turkish Airlines refused to let him on the flight, that plan fell apart.

So, he tried Cambodia, nonetheless was deported back to Malaysia, where he has been for the last 35 days, trying to figure out another way. Because he overstayed his visa in Malaysia, he isn't allowed back into Malaysia until 2023.

Al Kontar hasn't lost hope yet. Using his phone, he is relying on social media to bring his plight into light. Already, a GoFundMe page has been set up for him.

On April 13, he posted a video of himself on Twitter talking about how people keep quoting the film The Terminal in reference to his situation. But he says: "He (Tom Hanks) was having Catherine Zeta Jones acting with him, for God's sake. I have no one. If Catherine is here, well, I'm willing to stay as much as she wants," he joked.

You can always trust an Arab to find humor in any situation.