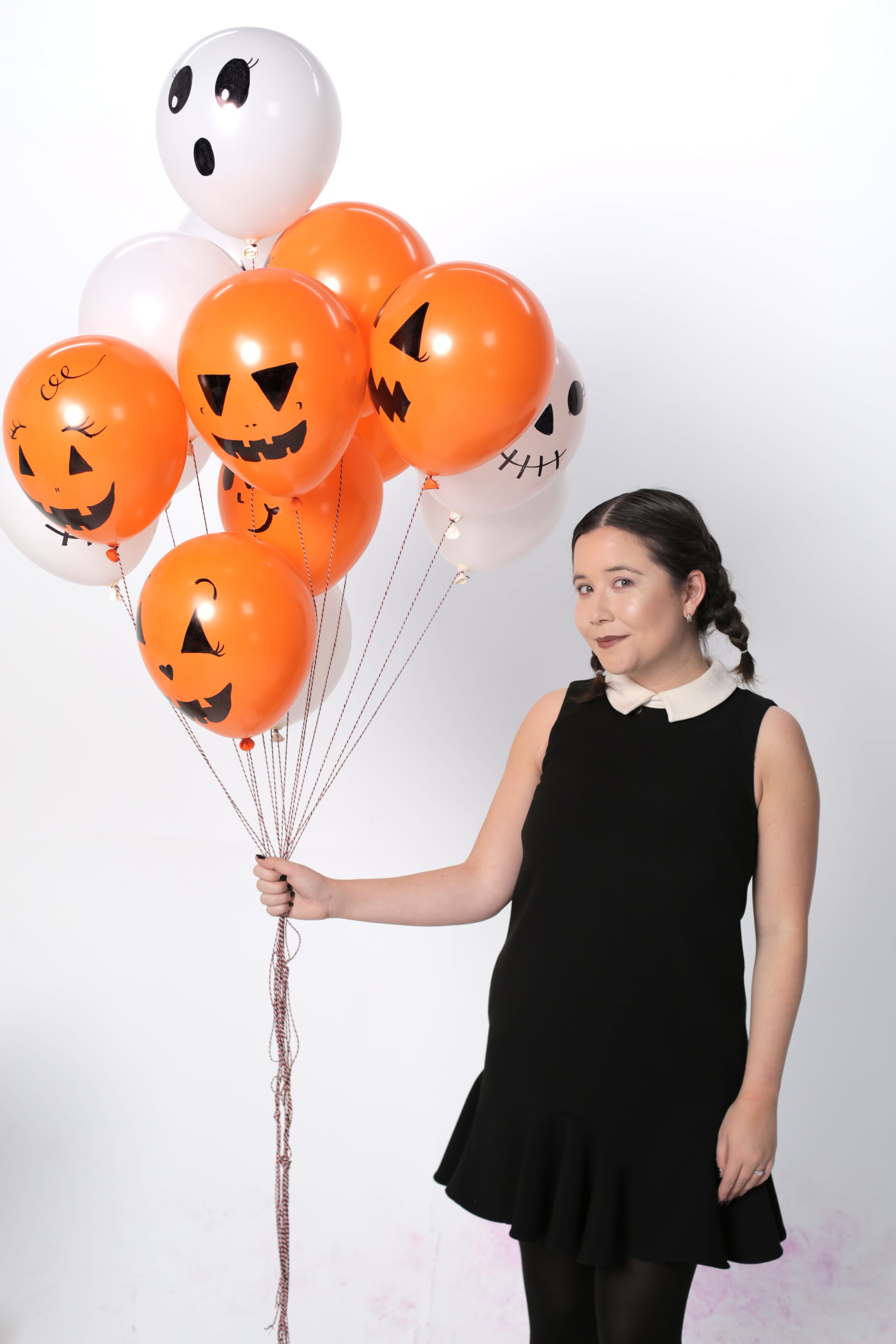 Costume stores are selling out of gruesome ensembles and candy is creeping into our kitchens which can only mean one thing... Halloween is upon us. So to recognize the horrible holiday at the end of the month we've gathered some ideas for how to celebrate before and on October 31 in Dubai. Whether you like to scare yourself senseless or prefer to live vicariously through the kids, there's something for everyone...Who needs a house party?

Take your costume to the beach

Jazzy Jeff will be returning to Barasti to perform at their Halloween bash this year, and we can't help but wonder if his Fresh Prince of Bel Air co-star will be joining him. Party-goers have been known to attend dressed in their scary costumes to this one so arrive looking festive, it's free after all!

Live out a horror movie

Anyone who has seen the Saw movies could imagine that trying to escape from a room in a short amount might bring on a panic attack. But for those people who actually like to put themselves through that kind of thrill, braving an escape room is the activity for you. Unlike in the horror movies you obviously won't die in the end but scary film fans can always pretend! IMG Worlds of Adventure has opened a Haunted Hotel at the theme park where gu ests are welcomed by a "sickly stench" and a haunting soundtrack of screams. Described as a journey of "stress and despair", food on offer is mainly meat dishes served up by the hotel's local butcher, and it's said to look "horribly familiar." IMG is planning on having sleepovers at some point but for now just stepping into the hotel sounds horrid enough. 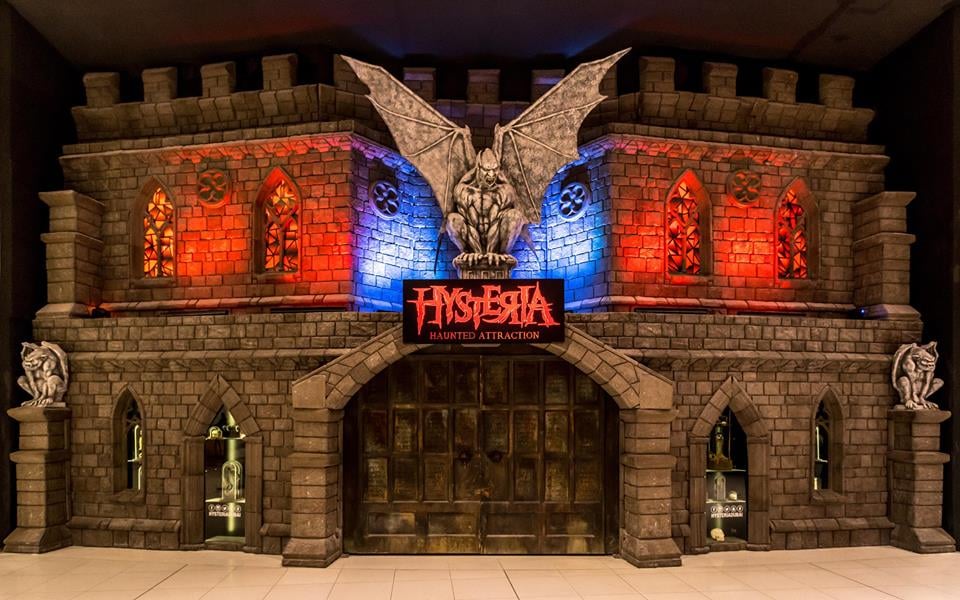 If the hotel sound like too much for you, perhaps a quick stint in The Dubai Mall's Hysteria will do it for you? The haunted house experience is said to take about 15 minutes but it's more like half the time if you run through in a panic! Expect ghastly characters to jump out at you (don't worry, they don't touch) and tight spaces to squeeze through. If you wear a fitness tracker expect your heart rate to increase rapidly in the process!

Dance with the ghouls 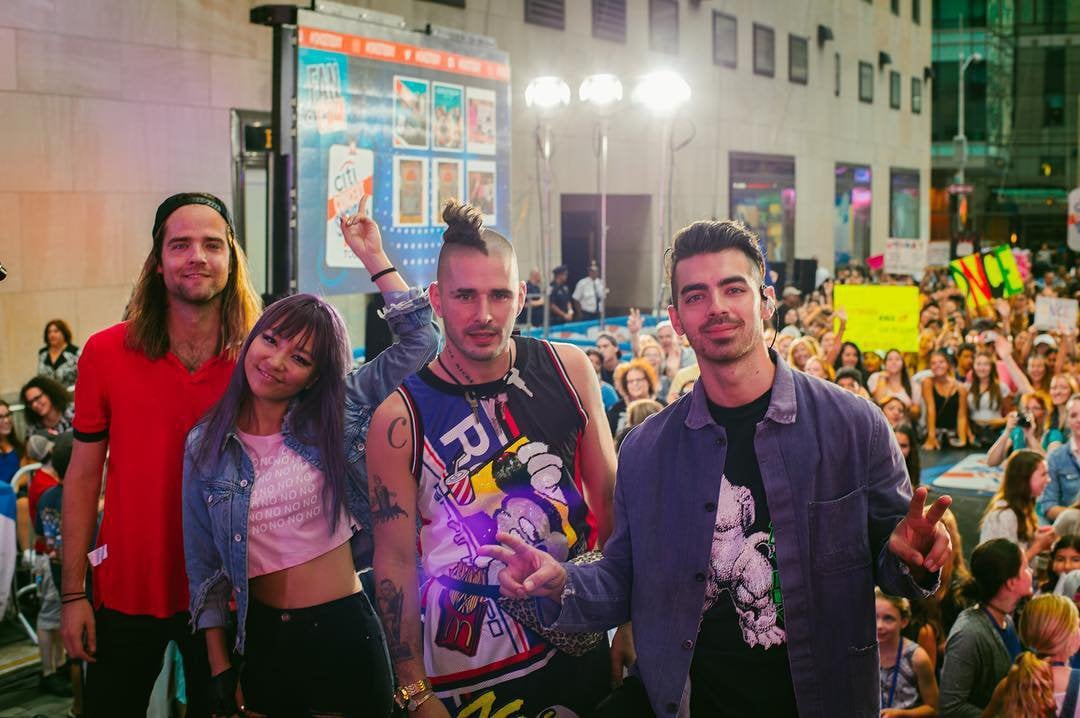 Joe Jonas will be appearing in the Middle East for the first time as his band DNCE join the line-up for what's set to be one of the UAE's biggest Halloween events. The "Cake By the Ocean" Hitmakers will appear alongside the likes of Major Lazer, All Saints, The Mariachis and Hollphonic at the Autism Rocks Arena, and it looks like they couldn't be more excited to venture this way.

Creep around the club

The venue will be completely transformed this year so expect creepy clowns, mirrored mazes, spiderwebs, haunted playgrounds and terrifying actors popping out from every corner. Dress code is strictly fabulous or no entry! Partylicious hosts a private kid's party where staff take little ones on a Trick or Treat experience to Hershey's Chocolate World and entertain with face painting, games, a magic show and a best-dressed competition to win a goodie hamper. Throughout the month Reform will be playing classic Halloween films such as The Adams Family every Tuesday at 8pm. Enjoy a box of popcorn and chow down on tasty skewers and hotdogs during the festive flick.

Tour the city at night 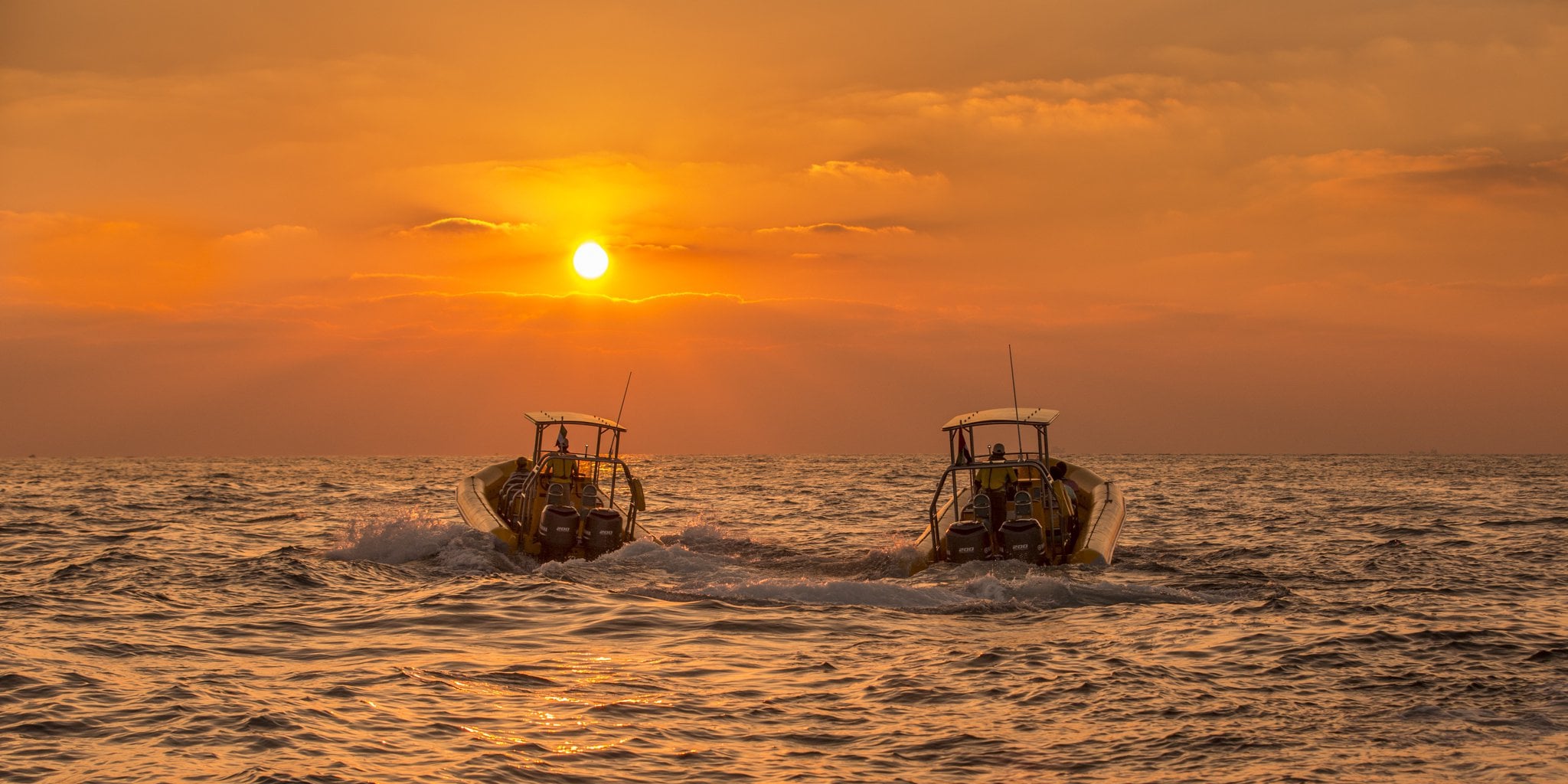 The city may seem delightful during the daytime but there's something suspect about roaming the waters at night. Yellow Boats Night Tours will run from Marina Walk in Dubai at 6pm for a 90-minute trip around the Palm Jumeirah. Check out sites including the iconic Burj Al Arab while interactive commentary is provided. Get goosebumps at the world's highest theater club 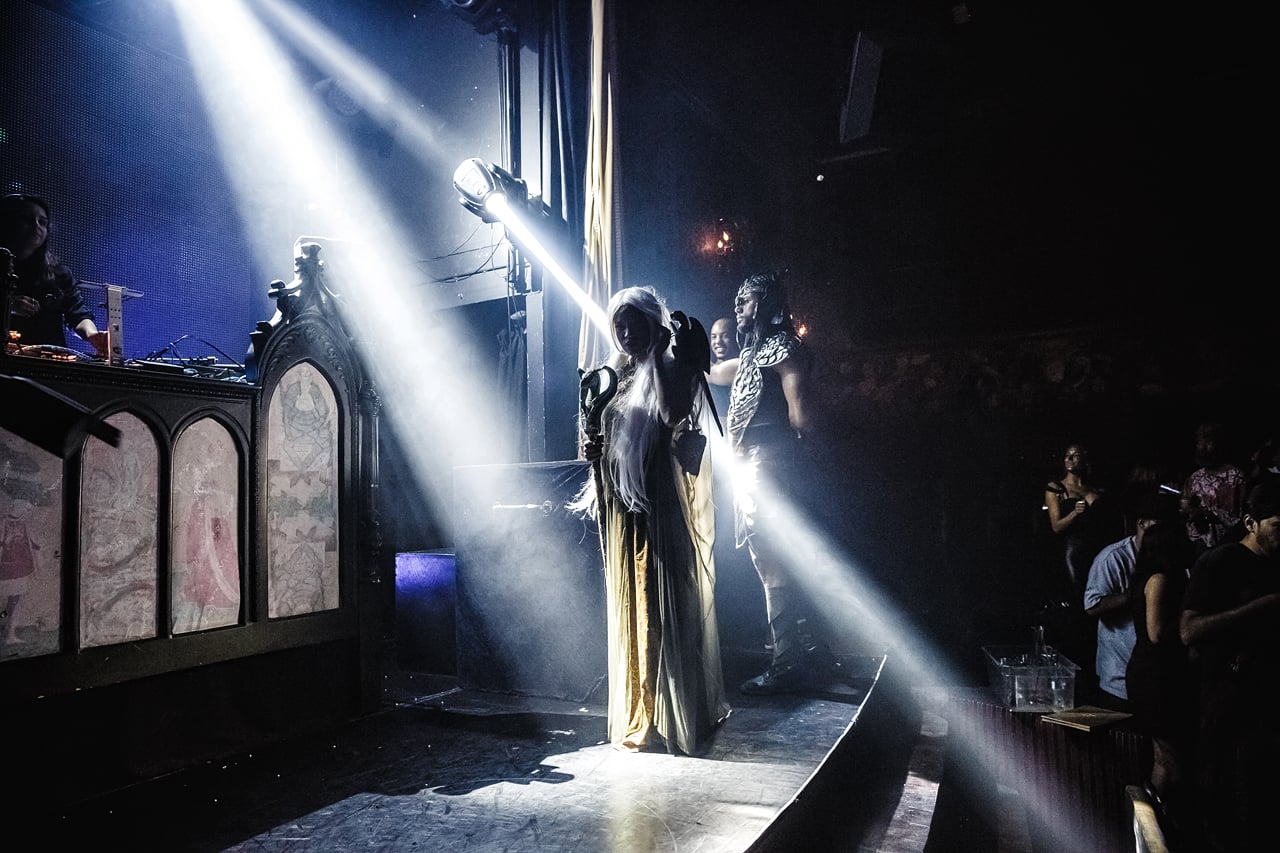 This isn't your regular dinner and a show at The Act Dubai, the venue turns in the Queen of Horror's Manor for Halloween. As the tale goes she was notorious for throwing the most decadent and debauched parties where guests were tempted with fortune and pleasure…few would leave with their lives. DJs Mitchel and Sam Starks play into the night. 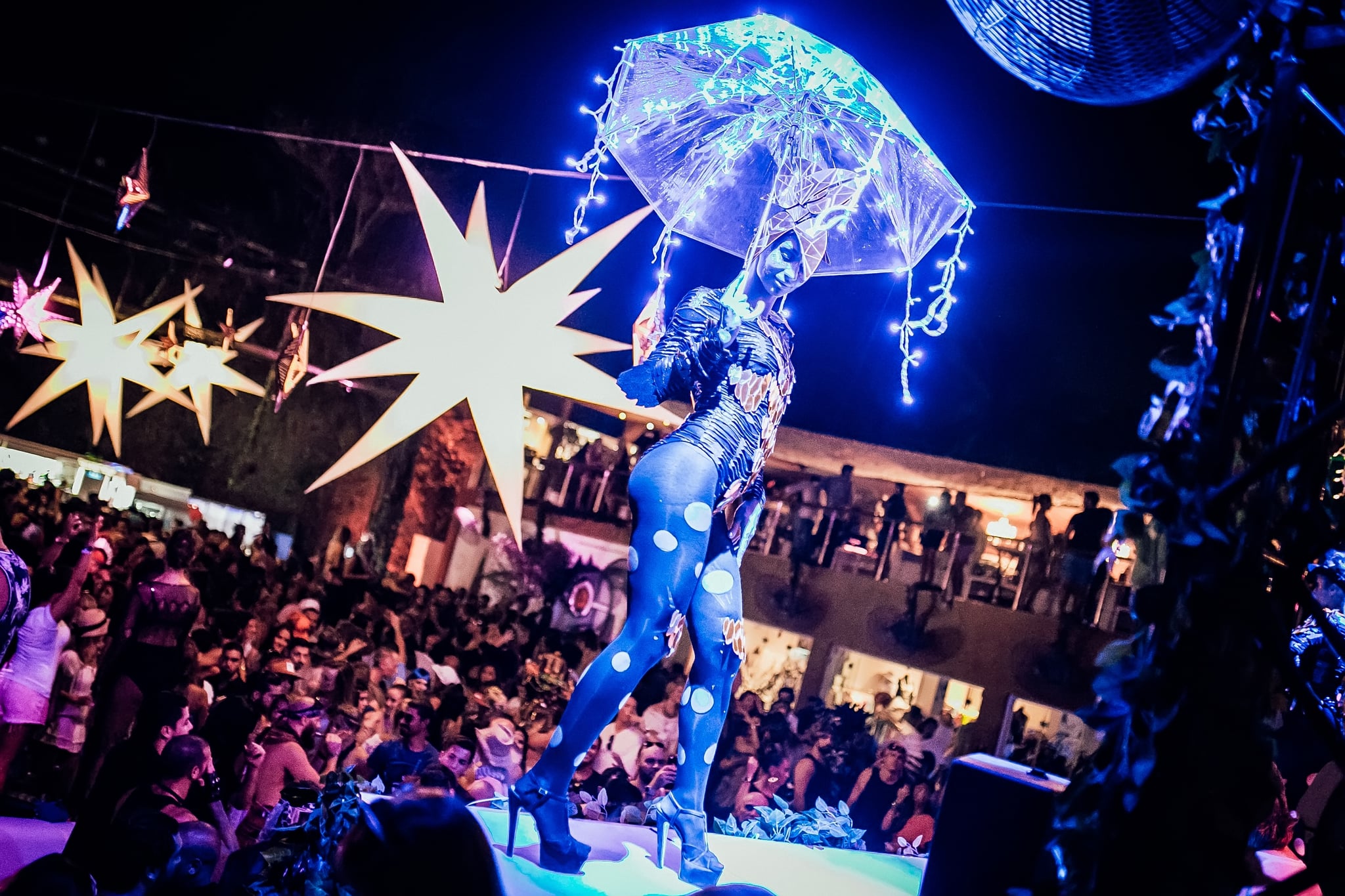 There may not be scorching temperatures anymore now that summer is over but it'll certainly be hot as hell at Burning Beach with Magdalena and Bedouin at Blue Marlin Ibiza Dubai. The Dystopia-inspired festival is back and partygoers will be dressing their best for the daytime Halloween weekend extravaganza. Theme: think Mad Max, and prepare to sweat your boots off dancing to hot beats from 1pm-11pm.