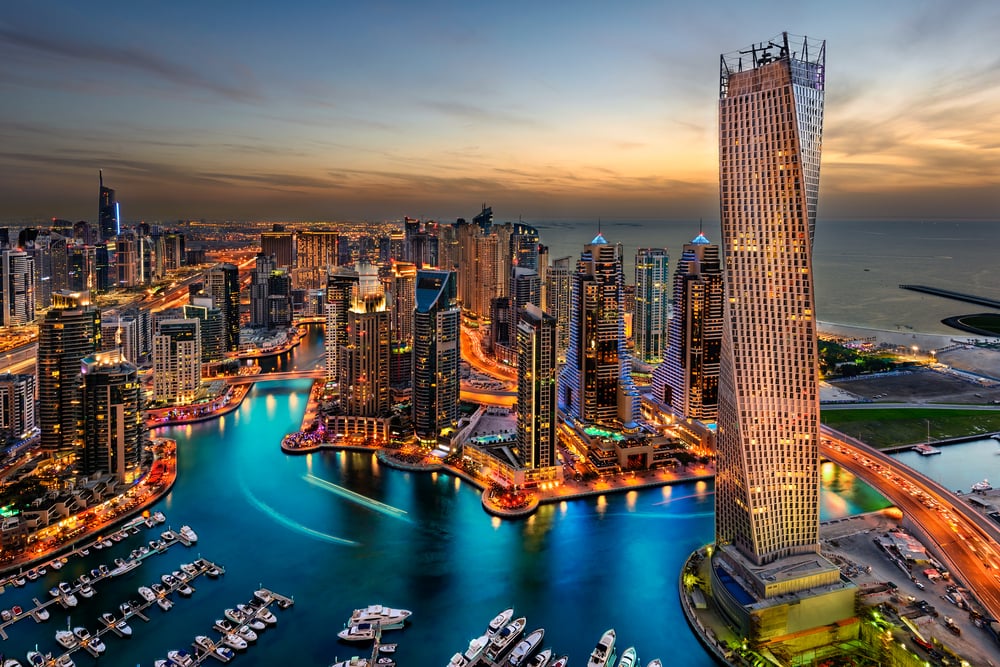 Last month, a letter written by a woman who had lived in Dubai for three decades went viral. Detailing the hardships of having to move back to India after 30 years in the UAE, expats in Dubai and beyond instantly identified with Sangeetha Bhaskaran's letter, titled, Goodbye, Dubai.

Now, another Dubai expat has joined her in penning her feelings about leaving the Emirate, and whether you were born and raised in Dubai or you've only been here for a short time, you'll instantly understand the author's feeling of not knowing exactly where to call home.

Read it below, and get the tissues ready. You can see the original post right here.

"It's not my fault I was born in the UAE.

It really isn't. It is not something I chose.

My parents moved here for a better life. I was only a fetus back then, and no one asked me where I want to be released in. Actually, no one asked me anything, they just pulled me out.

When people like me complain about why we haven't been given any recognition in this country, the common argument is "No one forced you to come live here. Go back to where you came from".

Is going back to my mother's womb an option?

The first sixteen years of a person's life is usually decided by one's parents. Once the high-schooler reaches the age of seventeen or eighteen, they are asked the most difficult question of their life, " What do you want to do? Where do you want to study? Where do you want to live? ". Our natural inclination is to stay in the same country we were born and raised in, the place we thought of as 'home' because unfortunately we do not know any better and it is human nature to continue with what we are used to.

Shouldn't there be an education or awareness process for parents and children about their status as expatriates and what it truly means? Must we not know the consequences of growing too attached to a country that doesn't formally recognize us as citizens? Because all I remember was being taught the national anthem and singing it everyday in the morning line-up along with pledging our allegiance to the UAE and His Highness Sheikh Zayed (May he rest in peace).

After making the mistake of joining an extremely expensive university in the UAE (one of the most expensive in the world) and finally graduating, we come to the most shocking crossroad of our lives- Find a job(ANY JOB) within thirty days or leave.

Leave where? I don't even know where exactly our house is in my country of citizenship. Is it really such a big deal that the UAE government cannot grant me at least some time to find employment, or even take a year off to consider my life choices? As long as we can afford it and we are not begging or doing something illegal, what's the problem?

We have never used any of the country resources. We never cashed any welfare checks or had access to any form of free education. We have paid our way through everything and my father's income was pretty much all spent on our education and rent. We never repatriated funds out of the country and kept it flowing in the UAE economy. We started businesses and contributed to charities and paid our fines and fees.

We already face enough pressure being discriminated in our own country of birth being "expats" and we face even more discrimination in our country of citizenship because they don't count us as one of their own either. We are the "traitors" that left. Most of us are being abused in jobs that we are forced to work in because we have no grace period to find a better job. We also tolerate terrible working conditions in fear of being forced to leave the country. Where does this leave us?

In Canada for example, a baby born in Canadian airspace (born on a plane flying over Canada), is automatically granted a Canadian citizenship. However, in UAE, there is no recognition for a baby born in the country. Even if they live all their life in the UAE and start a family and have kids, they are still not eligible.

The standard response to this is that the "government wants to protect the culture" and "protect their people". I'm sorry but the last time I checked, half the Emiratis in my company had mixed parents. There is a rising number of Emiratis that look Foreign, speak Foreign languages, are not Muslim, and do not even speak Arabic properly (I don't have any problem with this, just mentioning it in the context of "preserving culture"). They also dominate in job performance and spend their money and invest in other countries (usually their second country). So how exactly are these kids protecting the culture while 2nd generation expats that are Muslim, speak Arabic, and conform with the country traditions are damaging the culture? And how exactly is the countries' culture being protected when the population has been 90% foreign population for so many years?

The thing is, we don't even want citizenships, but at least a permanent visa, or even a long term one. At least a way to freely live in our country of birth without any hassles. We don't want to receive any benefits at all, nor do we want any rights, we will never riot or object, we will never vote or express our opinion, we just want our recognition.

It's embarrassing that so many foreigners are living in the country visa-free (doing visa runs) while we 2nd generation expats must apply to enter the country we were born and raised in. How are these foreigners eligible and we aren't? There's absolutely no logic behind it.

Saudi Arabia has already implemented taxes for expats and I expect the UAE to naturally follow, but what exactly are we supposed to pay taxes for?

Currently Qatar has started the process of giving permanent residency to expats. Why is it that a nation has to wait for a disaster to realize the value of contributing expatriates? Does the argument of diluting culture of citizens still hold true?

While traveling the world, the most difficult question I am asked right now is "where are you from?". What should be a one word answer has turned into a long painful story. As an adult, I'm forced to confront the depressing fact that my home on passport means little to me, and the place that I truly feel like I belong to does not want to accept me.

I hope that one day I can return to the UAE and have a "Chips Oman" sandwich and drink Chai Karak in the "mina" next to the Corniche Hospital (where you can find my birth certificate) and actually enjoy it while having a peace of mind.