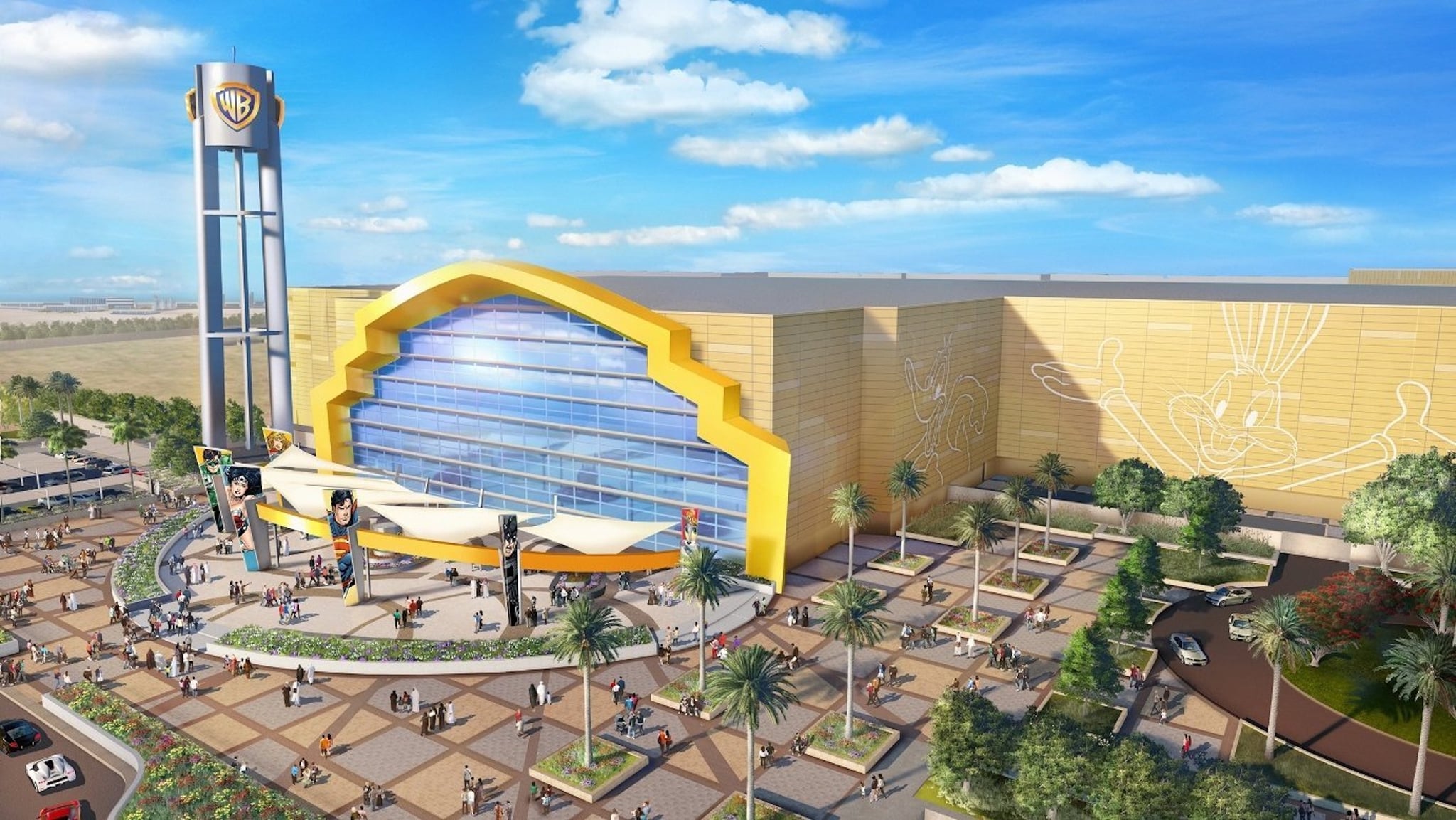 When Warner Bros. World Abu Dhabi opens this summer, there will be a lot to take in. Set to be comprised of six themed lands (Metropolis, Gotham City, Cartoon Junction, Bedrock, Dynamite Gulch, and Warner Bros. Plaza), the Yas Island park will clock in at 1.65 million square feet with 29 rides, family-friendly attractions, and live entertainment.

With the park set to open this summer, Variety got a peak inside two of the themed lands, Metropolis and Cartoon Junction, and if it's any preview of what to expect, we're in for a summer of fun.

"With the park well on track to open its doors to the public within mere months, we are incredibly excited to share our story with audiences around the world, and will be announcing the exact opening date very soon." Mark Gsellman, the park's general manager, said, speaking to Variety.

So far, we know that Metropolis will be a "Manhattan-like skyscraper city protected from villains by DC superheroes like Superman and other members of the Justice League including Wonder Woman, Aquaman, Green Lantern, Cyborg and The Flash, in addition to the Teen Titans."

Now, more details have emerged on another of one of the Gotham City-themed portion of the park, and Batman fans can rejoice!

According to The National, "the dark and immersive ride called Batman: Knight Flight will have visitors climbing into a batwing vehicle - which is robotically controlled. The ride starts at Wayne Tech headquarters, and we can expect drops, spins, climbs and rolls in the high-tech flight simulator.

Another ride called Scarecrow Scare Raid is a flight experience that will feature, in Warner Bros. World's words, "dramatic aerobatics and whirlwind barrel rolls". The Riddler Revolution ride will be a rocking and spinning rollercoaster (that, we imagine, being named after The Riddler, will be rather twisted)."

The last ride plays to the franchise's villain, Joker, and is called The Joker's Funhouse, "a villainous twist on the classic carnival walkthrough experience."

An opening date is still not set, but with more and more details emerging, it's surely on the horizon.