Our Friends at YourTango explored the powerful effects of a year of celibacy. 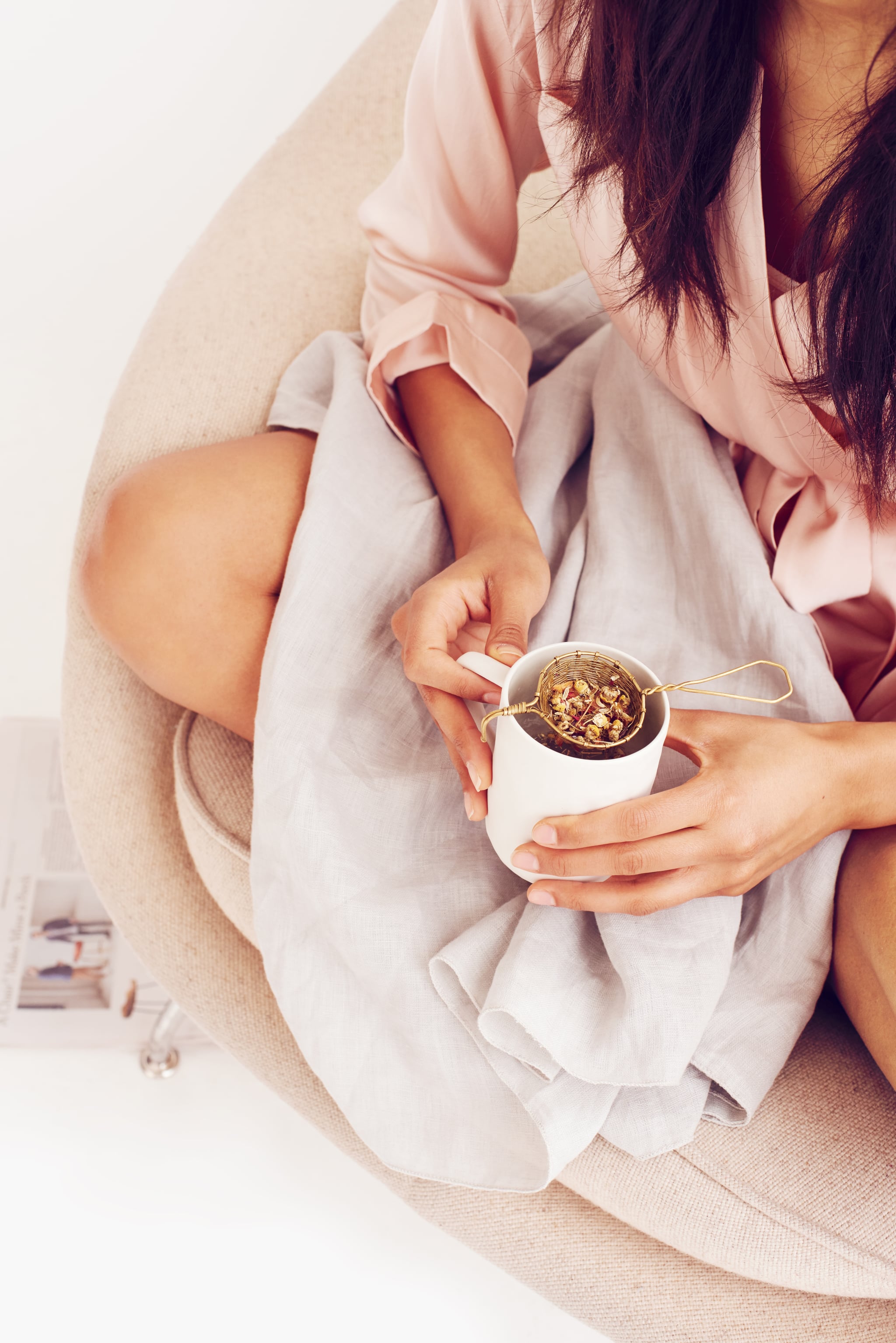 I've soaked into my bones the power of being a completely independent creature.

Shonda Rhimes had her year of Yes. I have had a year of No, thank you.

The last time I had sex it was with a 25-year-old, 6'4" underwear model. If you're about to embark on a year of celibacy, you want to go out with a bang.

It was a Sunday. We had sex four times. By the end, neither one of us could see or walk straight.

At the time, I didn't know I was about to enter a year without sex. I am 33. I started having sex when I was 17 and have always had a healthy relationship with sex, nudity, and my sexuality. I associate sex with dating. The few times I've tried to have a sexual relationship with someone while keeping our interaction casual, it hasn't worked.

I have the kind of personality that creates and draws involvement (more on this later). So, with the right partner, sex has always been a fun thing for us to experience. I've never been uncomfortable or unhappy during or in regards to it, and it's certainly not something I've ever feared or gone lengths to avoid.

Thus, the unconscious absence of sex didn't register for about four months. I'd been happily living my life when one day I realized... huh, four months. A season.I began to connect the effects this absence of sex and dating were having in my personal life, my career, and my self-concept. The results were so rewarding that I decided to stretch one season into four. What began as circumstance became an intriguing experiment. I investigated the science behind sex, coupling, and bonding, and what I learned deepened my excitement and commitment to this decision.

Women and men react to sex very differently, and women and men create loyalty differently. Women forge loyalty through high and repeated levels of oxytocin. Testosterone is an oxytocin inhibitor.

Guess who's known for testosterone?

Due to men's naturally high levels of testosterone, the way they develop attachment and loyalty to another person is through repeated and high levels of vasopressin. During orgasm, a woman's level of oxytocin rises to its maximum. The only other time she feels the extreme peak is when she is with her own children, during lactation and other forms of caregiving. In other words, after orgasm, a woman begins to feel a sudden loyalty and attachment to her partner, regardless of her authentic emotions. Unfound on sincere emotion, the loyalty and attachment aren't merely sudden; they are false.

In contrast, during orgasm, testosterone in a man skyrockets. Therefore, during, prior to and after sex, while a woman feels increasingly connected and attached to a man, he has the opposite reaction. Attachment, bonding, and loyalty for a man only develop in the presence of vasopressin. Vasopressin levels increase only after a period of time has elapsed between him and his partner, as he develops a genuine understanding and appreciation of her beyond sex.

Ladies, contrary to popular belief, it appears like we are the ones placing excessive gravity on sex. Our bodies are biologically rigged for false attachment.

Learning the science behind orgasm, attachment, and loyalty clarified much of my confusion regarding my past behavior in romantic relationships. See, I've always entered a relationship as my true self: a woman who is calm, confident, self-assured, ambitious, independent, and forthright. Then, after a few dates and, as I've now learned, specifically after sex and a few orgasms, my authentic, forthright, feminist self would mutate into a demure, guileless creature, constantly second-guessing her ability for logic, intelligence, and wherewithal.

After a mere few dates or months, I would, in horror, observe myself shaping my choices, thoughts, and words around the opinions, comfort level, goals, and personality of whomever I was dating. My natural ambitious thirst would detach from my goals and attach to his, to help him rise in life. My loyalty to myself would be overpowered by sudden, complete loyalty to him.

I would wonder, Where have I gone?

I know there are plenty of women capable of holding onto their own identityregardless of sex, dating, or relationships. But prior to this experimental absence, I was not one of them. I had already felt the first wave of positive effects from being celibate for four months. I wanted, needed to give this experience time, not only to see what other benefits bloomed in my life but to discover my personal story beyond the science. I suspected there must be more behind this year without sex. Time would reveal details.

Early on, the first benefit I noticed was that my energy was now entirely mine. As sex and dating had always been entwined, previously, the majority of my energy was invested in the creation and maintenance of romantic relationships and in the caretaking of a partner: nurturing his self-esteem, helping him brainstorm and problem-solve day to day needs and actions, helping him heal past trauma and heartbreak, helping him build his career and follow through on his goals. I became mother, sister, best friend and life coach for nearly every partner.

Now, my life is stunningly different. All my talents and skills are invested in raising the caliber of my life. My complete energy is focused on my own development, personally and professionally, my contributions to society, and my relationships with my inner circle.

For I'm now not only a better professional, I am a far better, more present and involved daughter, sister, and friend. All the love, time, conversations, problem-solving, advice, and nurturing I would previously give my partners, I devote now to my family and friends. Unsurprisingly, our relationships have deepened exponentially.

What I noticed next was my sense of authority in myself and my life. Contrary to the past, I see myself only through my eyes, and I live solely through my choices, shaped by my values. Furthermore, I no longer have to take anyone else's opinion, schedule, or goals into consideration. In such, my lifestyle, goals, personality, and future have become limitless.

Also, I recognize now that I hold all sorts of qualities I previously thought were my partners' domain and contributions: I am funny. I have a sharp instinct for business, marketing, and strategic branding. I excel at making quick decisions and taking action on goals, plans, and risks. Consequently, by learning this, my self-regard and trust in my capabilities have improved tremendously.

In connection to the above, my muscle for conviction strengthened immensely. My decisions are no longer open to negotiation — both "No" and Yes" are complete and finite sentences. Previously, my muscle for delivering and standing by my decisions was flabby, not when it came to my personal creative and professional goals, but certainly in regards to decisions relating to other people, from friends, relatives, significant others, to colleagues and employers. For instance, previously, an initial "No, thank you, that won't work for me" would, after minimal coaxing, mutate into, "Sure, fine."

But now, thankfully, my year of "No, thank you" to dating, sex, and relationships has fundamentally strengthened the way I hold myself in all areas of my life. Now, there is no difference between my intentions and actions. I'm able to deliver, stand by, and follow through on precisely and solely the decisions that honor my value and my authentic self.

Lastly, the recent months have proven perhaps the most extraordinary shift: I am now unapologetically myself. Without having to consider anyone else's comfort level, politics, values, or life-plans, I no longer mute, water down, or morph my characteristics, opinions, tastes, or goals lest they threaten my partner. I've become unflinchingly assertive and can finally respect myself as an honest, unwavering feminist; I no longer preach one thing only to behave hypocritically due to my fear of unsettling, and consequently losing, a man.

Due to my newly honed strength, in this past year, I launched a speaking career. I speak on life after sexual assault and other adversities; on how to rise with resilience; on the power we women hold within to be the authors of our lives and leaders in the larger world. I've also published essays on feminist thought and action, on being a survivor of rape, on being an immigrant, self-care and fortitude in light of our current political climate, and the justice we deserve and must champion as women, immigrants, and global citizens. Once a girl prone to biting her tongue from fear of intimidating or offending a man, I'm now a woman known for being vocal and articulate, publicly, visibly.

It has taken a few decades but at long last, at 33, I am living as my entire self.

My year without sex has proven to me the extraordinary results of living as a self-governed, self-sustained, self-nourished being. I'm experiencing the power of behaving, speaking, deciding, and living in accordance with my voice and no one else's.

Marianne Williamson writes, "Our greatest fear is not our failure. It is our success." For to risk success is to risk rejection, disappointment, and, to risk becoming uncommon and different from others. So often, we women silence our voices and our potential in order to belong and to preserve social harmony, especially with a man. Previously, belonging to and making a man happy not only shaped my identity and direction in life but, like so many women, the majority of my self-esteem came from my ability to attract a man and make him happy.

Now, my self-esteem and identity are sourced and defined differently. I am made and anchored within. What has been empowering is that I wasn't rejected or jaded by the proverbial game; I've renounced it, along with it's accompanying shackles. I'm a writer, speaker, and actress. I encounter professional rejection daily from all branches of my career. To be and remain a happy person in my fields requires an unusual amount of self-government, self-esteem, and self-love. For me to be productive, my self-esteem, discipline, and ability to focus have to remain untouched by external encouragement and discouragement — were I dependent on or formed by outside forces, my ability to live and work happily would be in constant flux.

The greatest benefit from my year without sex is that I've soaked into my bones the power of being a completely independent creature. Undeterred by the presence, validation, reward, rejection, or absence of anyone else romantically has allowed me to live and work that way as well. Consequently, my career has soared. My emotional health is the strongest it's ever been. As are my relationships with my family. As is my authority over my creativity. As I no longer suffer from second-guessing or self-doubt or feel swayed by external approval or criticism, I no longer experience stage fright, writer's block, or hesitation when presenting, pitching, or selling my work.

I'm not preaching celibacy, conversion, or any specific lifestyle. What I am championing is the power and necessity of self-ownership for women, especially in light of our current climate. I'm encouraging us all to examine where and how we manifest our insecurities. I'm urging us all to claim the necessary courage to relinquish our depleting habits, roles, or relationships, to pursue instead our boldest potential.

Where do you invest your fears? Are you ready now to invest in your rise? Can you imagine the collective impact if we each vanquished our resident obstacles and filled into our boldest selves?

I'm looking forward to returning to sex and dating one day. I'm certain these newfound shifts in myself will attract and create a level of connection, love, and intimacy I haven't felt before.

But not yet. Right now, I'm perfectly happy living as my own person.

More from our friends at YourTango: