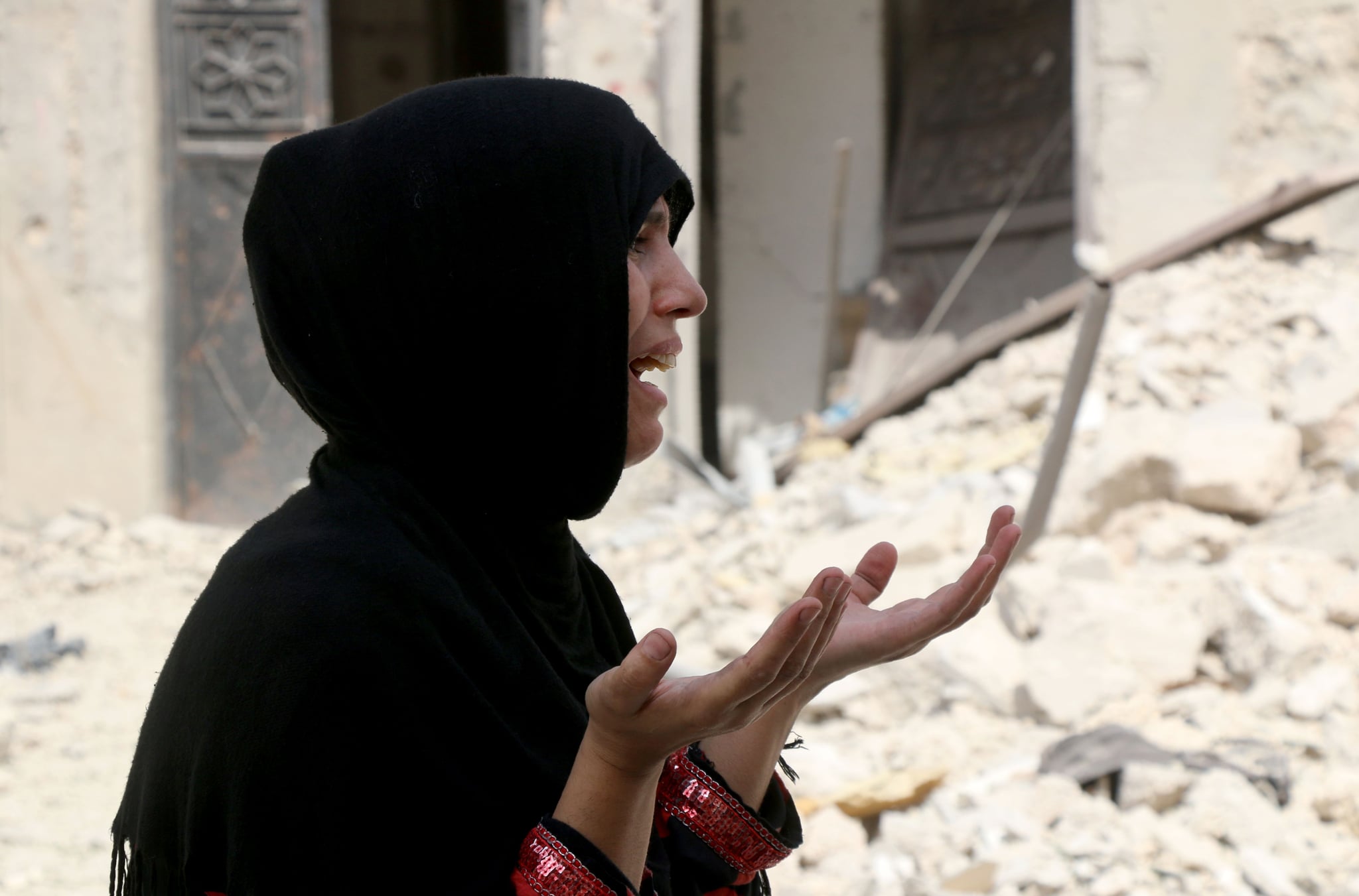 A Syrian woman reacts to a bombing in Aleppo in August 2016 that killed at least 15 civilians.

I've changed my profile picture on social media many times since terror came in horrific waves, drowning the world in sorrow over the last year. But I could only use the official Facebook profile filter to show solidarity for Paris since a filter wasn't available for Aleppo, Lahore, Istanbul, or many other attacks.

I am a Syrian Muslim living in Dubai; I lost my home in Damascus at the beginning of the Syrian war in 2011. It saddens me when I read on Facebook that someone on the other side of the world thinks that because of who I am and where I live, I'm used to bombs and terror and therefore not as worthy of sympathy. Maybe that's because the West is a place where war has been a foreign concept and red is the color of nothing but love. But let's be clear: the sound of bombs and bullets will never be something I become immune to.

"In the end, compassion shouldn't be measured by miles, doctrines, or economic relations."

I have also read comments on social media that suggest that since ISIS claims they are "Muslim," all Muslims are bad. ISIS is nothing but a group of assassins and they do not represent my culture. I believe most of these commenters fear us because they're different from us — they think we are less civilized, less educated, less free, or less human just because we have a different lifestyle or look different from them. But we are so similar. I like my cup of coffee as much as you do, I struggle to pay my bills and support my family every day, and I have dreams that I can't wait to recognize.

I will gladly tell you about the story of orange and lemon trees in our backyards and sing you my grandmother's song of patience that she taught us while bringing up bright generations of hard workers. My fellow humans forget that the vessel of life is our blood traveling through our veins and that we share this vessel that has the same color and bears the same message of life in all of us all around the world. Life is precious.

We Muslims do have extremists in our religion just like in any other religion or even any social or political idea with a large base of followers, but most of us just want to live peacefully and hopefully make some friends on the way. In the end, compassion shouldn't be measured by miles, doctrines, or economic relations. Compassion matters. Because when I know you're standing up for me, my sorrow becomes lighter, and I have hope for a more peaceful future.