I'll never forget the day I realized I look my age.

I was on a work trip earlier this year, sitting at a restaurant with a random assortment of people — all of whom I just recently met — when the topic of age came up. In particular, one woman there shocked everyone by admitting she was close to 40 years old, when most people there thought she looked closer to 25.

The group then started taking turns around the table sharing their ages, and after I sheepishly muttered, "31" — bracing myself for the gasp and "Oh, but you look so young!" response it usually elicits — they all just nodded their heads, and someone said, "Yeah, that makes sense; I would have guessed that."

I wish there had been a hidden camera to capture my utter and complete shock. I was quite literally stunned into silence for a good 15 minutes. This had NEVER happened before. It was like my entire identity had just been flipped upside down with a single sentence. I know I'm being dramatic, but let me give you a little background.

Thanks to my 5'2" stature, relatively small size, and Korean genes, I've always been the girl who looks super young for her age. Who rolls her eyes at how annoying it is to be mistaken for a young girl when I'm an adult woman, dammit. (And yes, I considered myself an adult woman from around age 10 when I looked closer to 5.)

I consistently have to show my ID at restaurants and bars. I was carded at an R-rated movie when I was 21. I got frozen yogurt with my mom when I was in my late 20s and the woman who served us asked me what high school I went to. I was skiing just a couple years ago and they offered me the kids pass. And don't get me started on what age I stopped being handed the children's menu (18).

Because of this, I've always felt that I have to prove myself to be taken seriously and not come across as a silly little girl. I've gone out of my way most of my life to exhibit a serious, capable persona. I still vividly remember the time (probably around 6 years old) when a friend's dad argued with me about my hair color, speaking in a patronizing tone like I didn't know what I was talking about. Or the time a woman sitting next to me on the plane spoke in a baby voice asking if it was my first time flying, and I firmly set her straight, explaining that I'd flown many times before, thank you very much.

So why, if I've hated looking young so for long, does this realization feel so . . . earth-shattering? Isn't looking my age and the connotations that come with it — appearing mature, intelligent, and successful — what I've always wanted?

Up until this point I hadn't really felt much different in my 30s. I've been with my husband for almost 10 years and married for five, and I've had a pretty mellow decade. My idea of a weekend well spent for most of my 20s has involved hiding away with a good book; a nice, quiet dinner out; and Netflix and chilling . . . in the most literal sense. So besides spotting a few gray hairs, this is the first time the reality of being in my 30s has really hit me.

And THAT is probably why this new revelation is so scary. Getting older is all fun and games until you look in the mirror — like, really look in the mirror — and see an actual 30-something staring back at you. Not that scrawny, braces-wielding high schooler; or that bright-eyed, tanned college student; or that 20-something with wild, long hair. But a grownup, who has her sh*t more or less together, but also has a few laugh lines and bags under her eyes.

So cheers to this next phase of feeling secure in my life and relationships, having a great career that I love, being with a partner who loves me, and, well, looking my age. 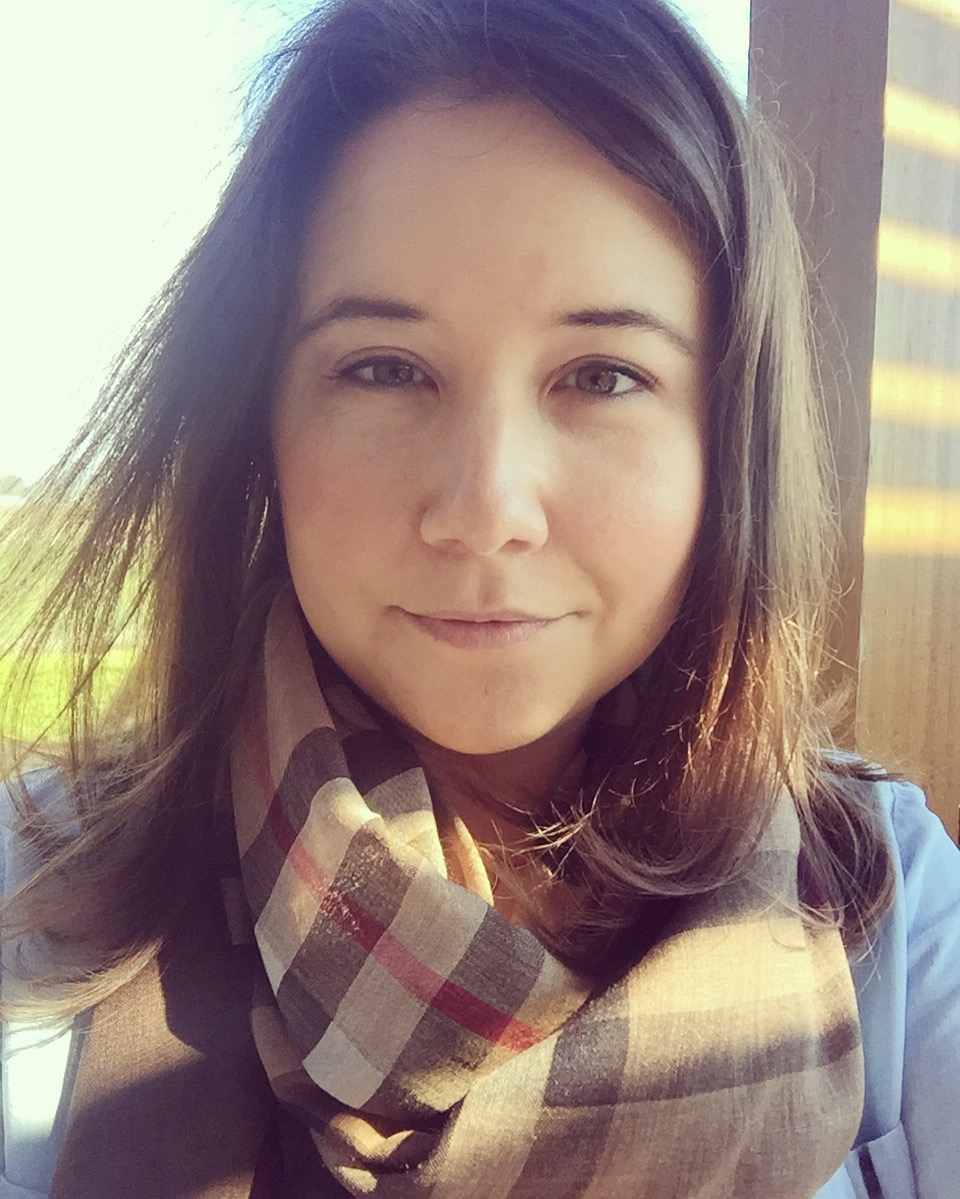