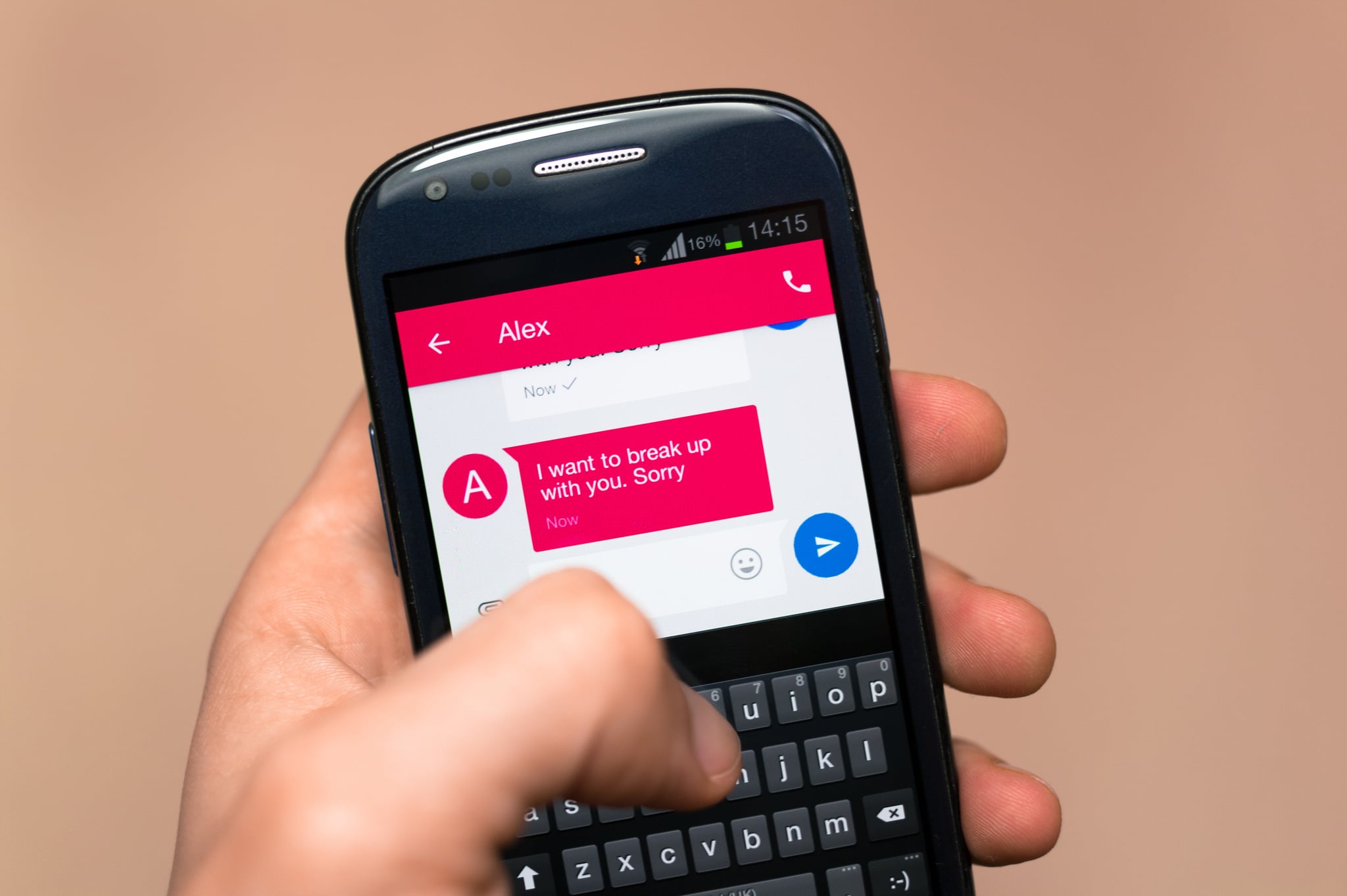 Have you ever noticed how when one of your friends is going through a romantic rough patch, all of your friends seem to be going through the same? And then suddenly, you are, too? Call it crazy, but this has happened to me, more than a few times. I'm not sure if it's the water, the energy, the sign of the times (Harry Styles' song is now stuck in my head, sorry), but it really does seem like emotions, especially negative ones, have a way of spreading.

You see, I'm the sort of girl who sees drama and tries to come up with a rational explanation for what is or, what has happened. That said, I'm also the girl who sees drama coming my way and runs as fast as I can in the opposite direction. I wouldn't call it a fear of commitment, more like an unwillingness to allow external elements, such as the boy refusing to text me back, affect my mood. And, to be honest, I don't think you should, either.

Over the past three months, I've made it a point to speak to as many women as possible, in an attempt to find out just why their relationship has hit a rough patch and, how we, as the collective female race, can learn, and overcome it.

Below are four of the most common issues and solutions that I have discovered, so far:

He Loves Me, He's Just Busy

How many times have you spent an entire evening, day, week, month, year, pining over someone who, for some reason, just doesn't have the time? Sure, you can say that he's busy. Maybe he's going through something, maybe his cat died? You give him space, more of your time, and convince yourself that once this rough patch is over, you'll be a priority again. But how much space is enough space, and how much time is enough time? Are you really with someone who you've only seen for about thirty minutes in roughly three weeks – even though you both live in the same city? The rational side of me says no. You're not dating him; you're dating your phone and the memory of him. I'm sorry, and before you come at me with every piece of romance fiction ever invented, let me explain. If someone likes you, you will know it. Sentences like "I care about you", mean nothing if the person saying it leaves you on read for two days and hangs out with what seems like every friend they have, before replying to your text with a simple "wyd?".
A Collective Agreement on What You Should Do: Realise that your time is just as important and valuable as his. Instead of waiting for someone to notice you, focus on surrounding yourself and your energy with people who raise you up – it's easy to confuse love for anxiety and, anyone who makes you question your self-worth, isn't worth your time.
Key Issues Identified: Time and communication

He Was Just Joking, He Really Does Love Me

I love banter. I think it's a key ingredient in most healthy relationships. It allows you and your partner to break down negative emotions with playfulness. That said, it's important to remember that there is a massive difference between light-hearted jokes and thinly veiled insults. The former puts the other party at ease, while the latter can leave questioning what they meant and can really affect your self-esteem in the (not so far, at times) long run.
A Collective Agreement on What You Should Do: If your partner has said something to upset you, let them know. The last thing you want to do is say nothing, overanalyze what they said, let it get to you, and then snap. Your partner needs to know your limits and the only way to do that is to communicate it to them. Give them three chances, if it persists you need to, as my mother would say, "cut the cord". You do not need to let someone else's insecurities affect you, especially someone who is meant to nurture and grow with you.
Key Issues Identified: Lack of communication and misinterpretation of the term "banter".

He Loves Me, You Just Don't Understand Our Relationship

Fair enough, but what your friends do understand is that you spend more time crying because of your lover then celebrating him.
A Collective Agreement on What You Should Do: Realise that your friends want the best for you and love you for who you are. While it is very easy to get defensive over their comments, it's important to remember that they are coming from a place of love. Take note of what they are saying, consider the points that you deem relevant, and have an open and honest chat with your partner about what you feel is working and what you feel isn't.
Key Issues Identified: Communication

I Think He Loves Me, But He's Never Said It

Something that I'm guilty of too and, as someone who you'd literally have to spoon-feed the words, I can tell you that most of the time, it's not because he doesn't but, because he may be showing you – physically. For example; I never told my first boyfriend that I loved him, but I showed him in my own way. As someone who has massive trust issues and a wall taller and thicker than most, my ways of doing this included opening up about my past, being goofy and vulnerable, texting back on the regular (I'm one of those "I will reply in three to five working days" people), and supporting him during his times of need. As I referred to him as my "first" boyfriend, you know that it didn't work out – we're still great friends but, long story short, my inability to verbally communicate my love for him is what led to our split. SO, what I'm trying to say is, notice the little things that he does for you, for your relationship. Notice how he talks to you, your friends, and your family. If he hasn't told you he loves you – he probably needs a bit of help and, maybe it would help if you said it first – for all those shaking their heads and saying no – it's 2019 people, let's move those pre-historic gender norms, please.
Key Issues Identified: Communication

He Loves Me, He Just Doesn't Like What I Wear Sometimes

Hell to the naah. Keeping the nation's religious and cultural attire requirements aside, the only person who can tell you what to wear is you.
A Collective Agreement on What You Should Do: Remind him of what century it is. Sorry, my emotional side is coming out. *Clears throat*, if an outfit gives you confidence and makes you feel fine, you should wear it. If your partner has an issue with it, ask him what the problem is exactly, and then state that it makes you feel good and that choosing what to wear isn't about fashion choices, it's about having autonomy over your body and the freedom to express yourself. If he still has an issue with it, call up your friends and do your own thing. As my mother would say, "a man that wants to hide and suppress you, isn't a man worthy of you."
Key Issues Identified: Ego