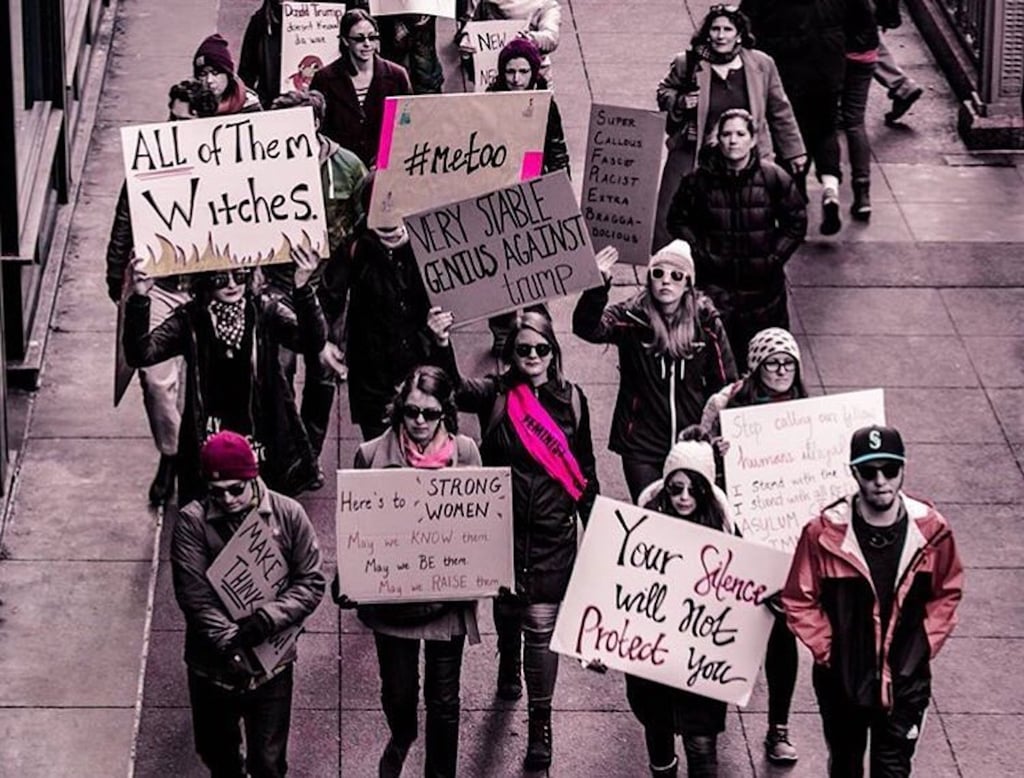 The Most Inspiring Signs From the Women's March 2018

One year after millions of people turned up for the Women's March, protesting Trump's inauguration, crowds turned up once again yesterday in cities across the US, protesting the Trump administration.

Over 200,000 people turned up in New York City, and sizeable crowds filled the streets in Washington, Los Angeles, Chicago, Philadelphia, and other cities around the world.

The crowds came out with signs, protesting not only Trump's anti-feminist remarks, but also his stance on immigration, refugees, and a number of other issues.

One thing we learned from the protests is that the resistance is still very much alive, one year later. See the signs that will make you keep fighting right here.