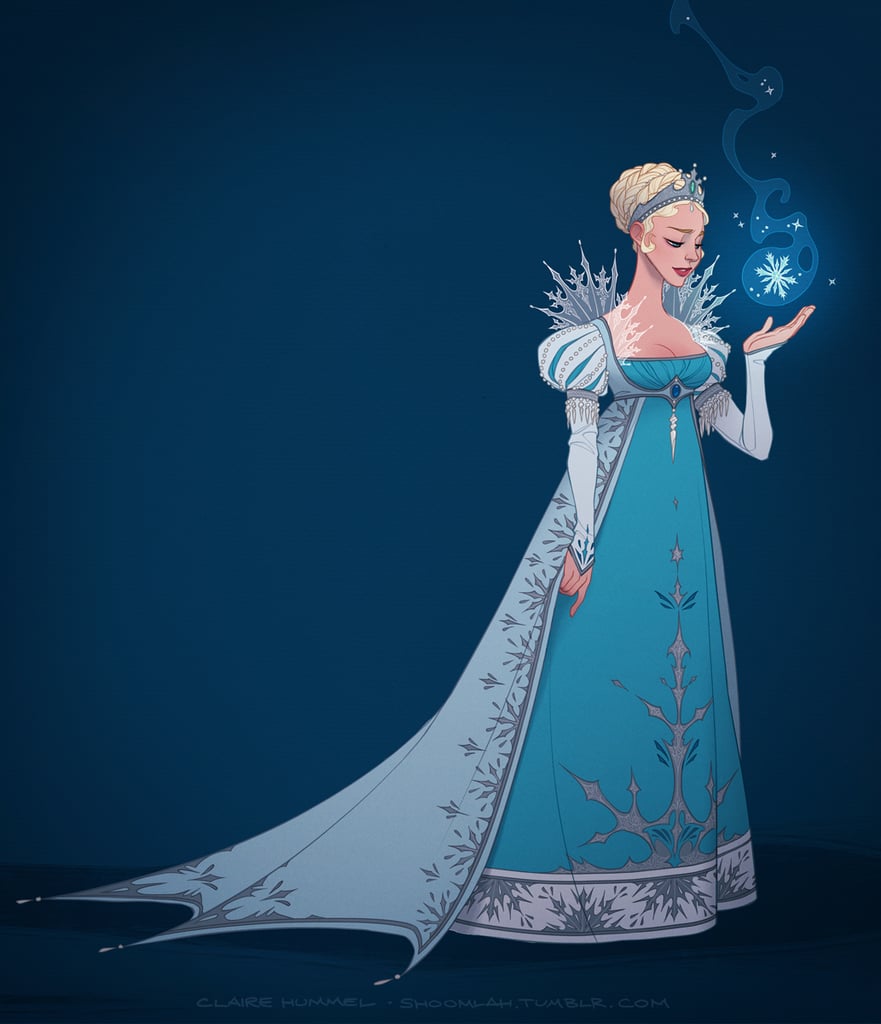 "Frozen is purportedly set in the 1830s-40s, but I've been obsessed with finding a style that could marry her coronation gown with her ice gown more seamlessly; the open robes you see during the Regency era, including those being worn by Scandinavian royalty at the time, seemed a particularly apt analog for he weird underarm-cape thing. You also see her mom wearing something very similar for something like 10 years, so it's not a huge stretch to think it could be a popular look in Arendelle."