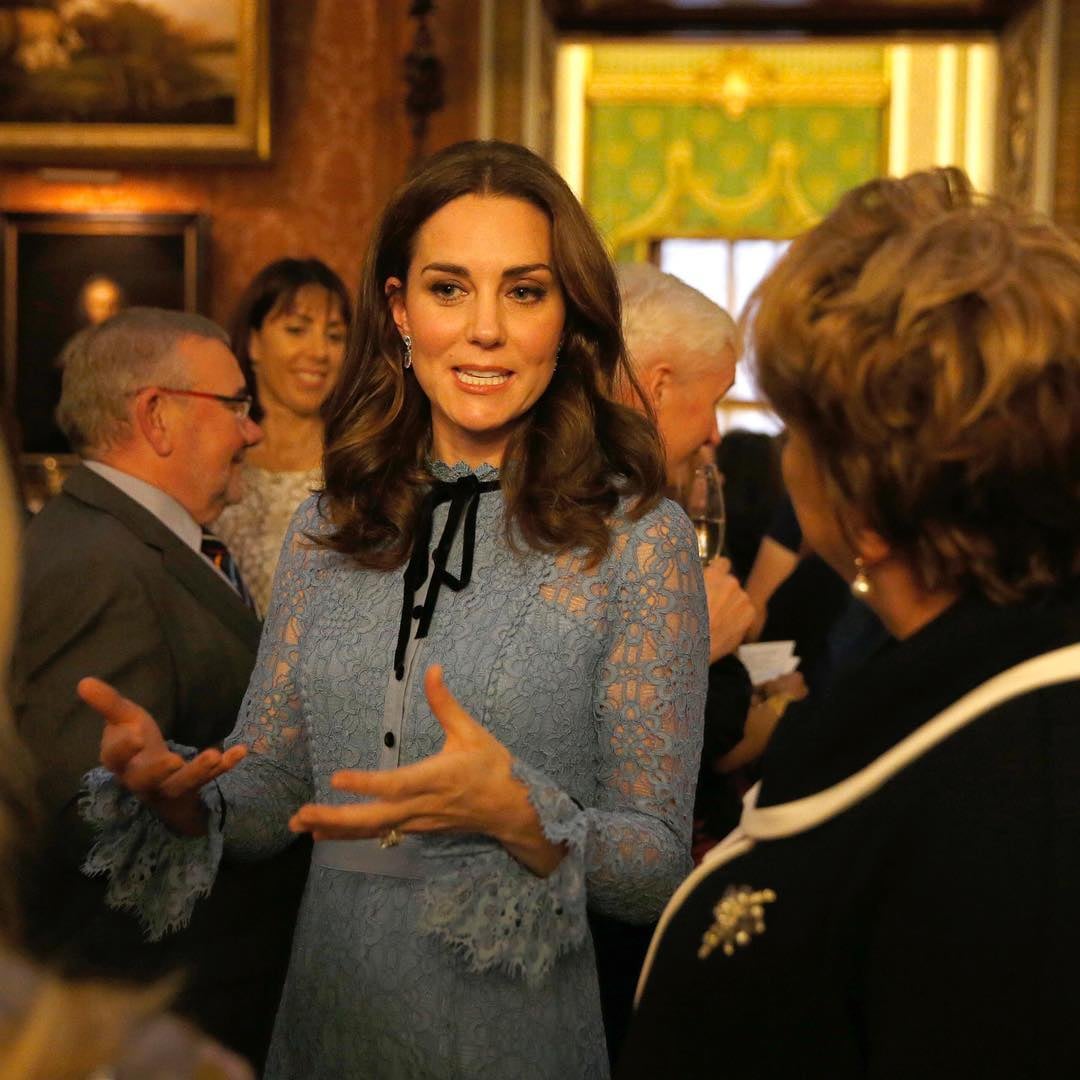 Along with the news that the Duchess of Cambridge, Kate Middleton, was expecting her third child with Prince William, came the news that she was, yet again suffering with severe morning sickness. But former Clueless star Alicia Silverstone thinks she might have the answer to the British royal's prayers.

Alicia, who is mother to little boy Bear Blu Jarecki, has sent the Duchess a copy of her book The Kind Mama. As a PETA ambassador, it's no secret that Alicia would rather go naked than wear fur and shuns the idea of eating animal products, but just in case Kate wasn't yet convinced about embracing a plant-based diet during her pregnancy, she also sent a letter to Clarence House.

In it she writes, ""Embracing this kind way and getting your body as healthy as possible will allow you to enjoy a smoother and more enjoyable pregnancy—helping to ward off the symptoms that take away from it (fatigue, nausea, swelling, heartburn, sleeplessness, mood swings)—have a sweeter birth and post-partum experience, and be the healthiest, happiest mama."

Read the entire thing below. Do you think Kate should go vegan? 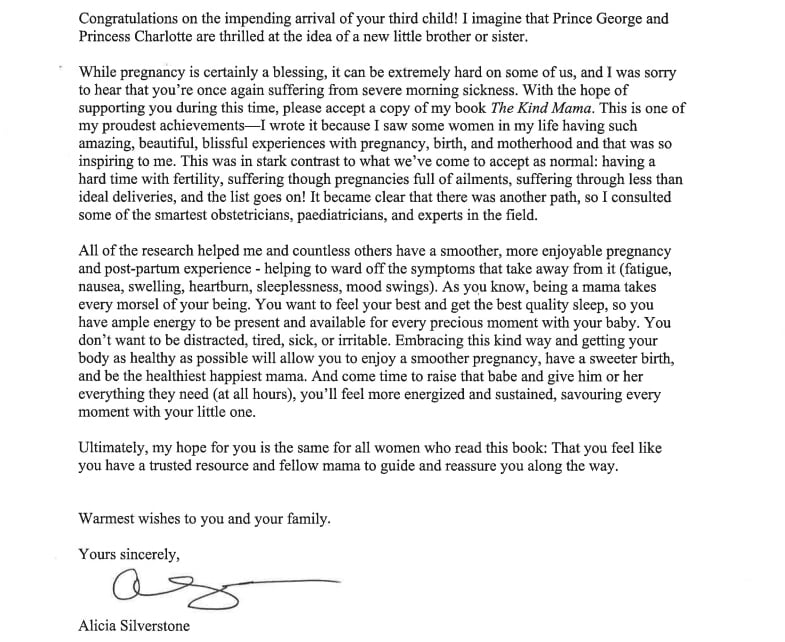