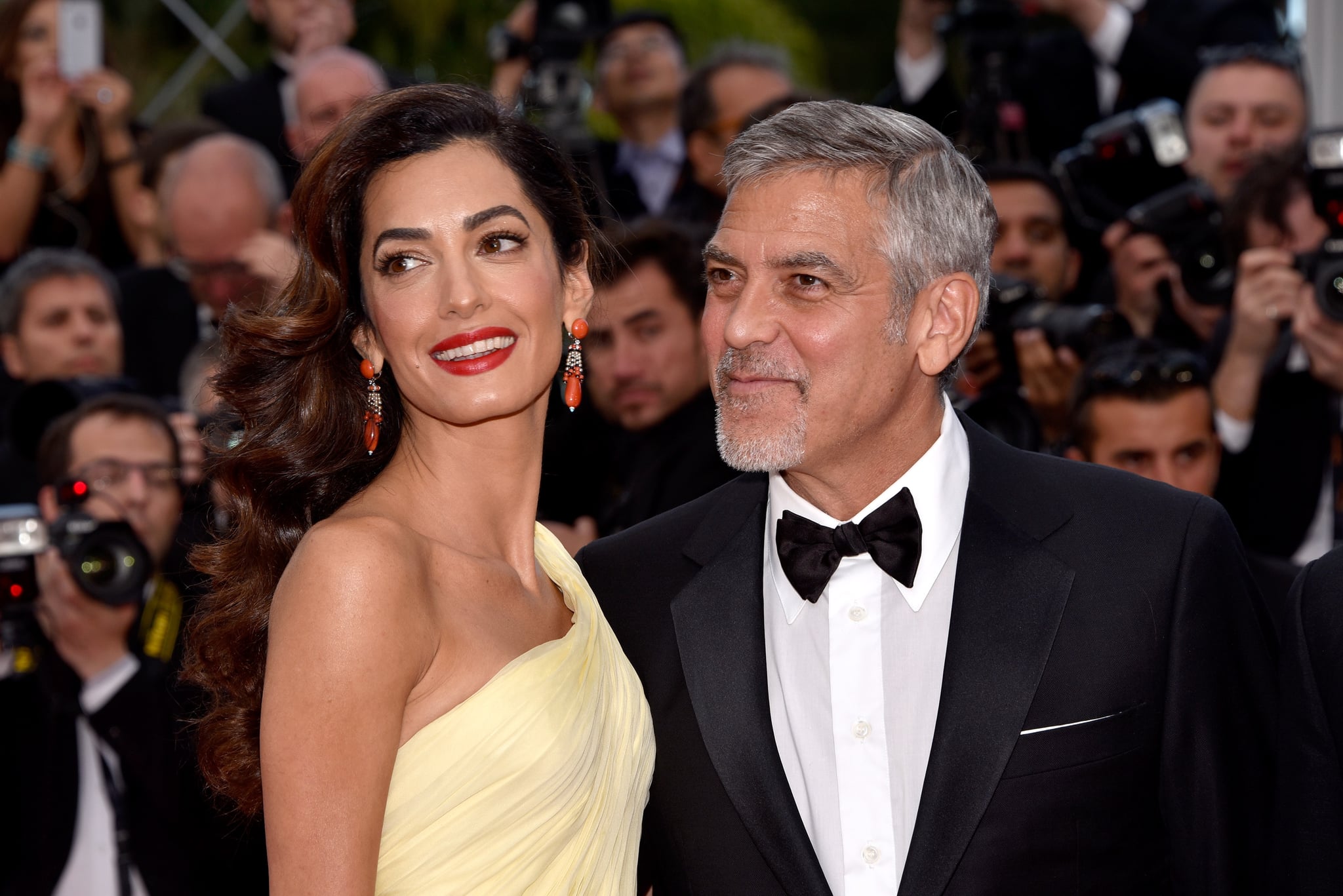 We already knew the sweet fact that George Clooney has been absolutely loving being a dad to his and Amal's twins, Alexander and Ella, but one of Amal's comments about her husband in a recent interview with Vogue has us gripping our hearts before they melt out of our chests. The mom and human rights lawyer says that both of her twins, who turn 1 in June, have uttered their first words — thanks to a little direction from dad.

"We've had some 'Mamas' and 'Dadas,'" Amal said of the twins. "George was very careful to ensure that 'Mama' was the first word."

Aside from successful first words, Amal also commented on Alexander in particular being the champion eater of the two babies. "He's quite a healthy eater," Amal said of her son. She added though, of her time spent juggling new motherhood while she was breastfeeding both babies: "When I was nursing, it was much more complicated, because there are two. I had all manner of weird cushions and pillows and machines."

Although Alexander is said to look just like his dad — the resemblance apparently only slightly clear to George "around the eyebrows" — the 56-year-old actor is giddy over Ella looking just like her mom. "Thank God," he's said.