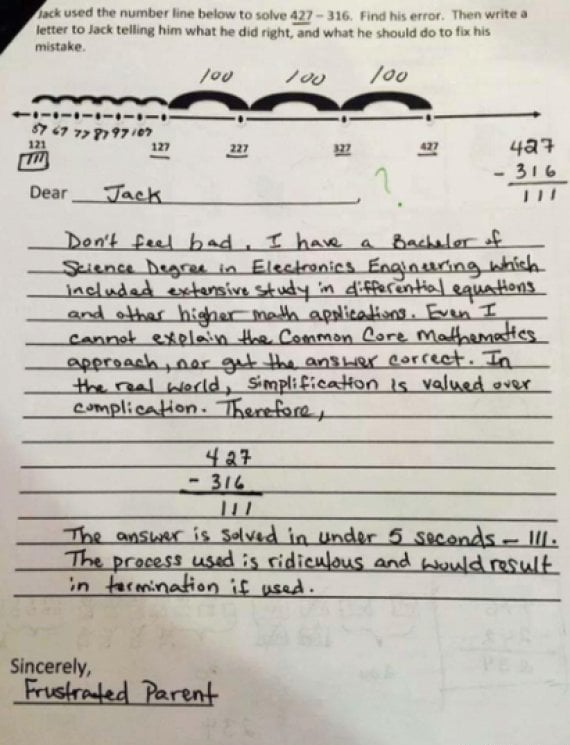 Parents often find themselves helping children with their homework, and once in a while even the adults struggle to solve a difficult problem. One parent, however, was so stumped by his child's homework that he took his frustration to the Internet. The father, Jeff Severt, was trying to help his second-grade son with a math equation that incorporates the new Common Core standards. The problem asks students to help "Jack," a fictional student who used a number line to find the answer to the subtraction problem 427-316. The students must write a letter to Jack explaining what he did right and what he did wrong. Severt, who has a bachelor's degree in engineering, says he spent two hours trying to help his son solve that one problem before giving up and writing an apologetic letter to Jack.

Critics of Common Core education say this problem is a prime example of the standards being "nonsensical and stupid." With this particular assignment, critics say it turned a simple assignment into "a complex endeavor with a series of unnecessary steps."

To see what creators of the Common Core standards have to say about the equations, read the full story on The Huffington Post.