I'm stuck in the van with my toddler. We went out to dinner as a family, and she had a meltdown because mom wouldn't let...

We've all heard it in some capacity before (and maybe we've even been guilty of saying it ourselves) when a child is having a meltdown in public: "That parent needs to control their kids." As a parent, though, you know that's so much easier said than done. After dealing with his own toddler's tantrum at a Red Robin, one dad is sharing his opinion on public kiddo meltdowns.

"I'm stuck in the van with my toddler," starts Clint Edwards in a post to his blog's Facebook page. "We went out to dinner as a family, and she had a meltdown because mom wouldn't let her throw chicken strips. So she screamed, and screamed, and kicked and kicked, and since I was the only one finished with my meal, I had the pleasure of dragging her out of Red Robin."

The frustrated dad continues, sharing that as he carried her out, everyone he passed — mostly childless people, he assumed — stared at him with that "look that seems to say, 'If you can't control your kid, then don't go out.'"

Related:
A Mom Never Expected This When Her Son With Autism Had a Public Meltdown

"Well," he wrote. "No. I can't control her. She's two and it's going to take years to teach her how to act appropriately in public, and the only way I am ever going to teach that is to take her out and show her what's right and wrong. By saying no a million times, letting her throw a fit, and telling her no again."

The dad's post continues, emphasizing how difficult it can be to parent in these awkward situations, but that it's a process everyone's own parents had to go through with them at one point in time as well.

These lessons take patience, hard work, and real world experiences, and I'm sorry to those at the bar who got irritated by my child's fit, but you are part of this practice. Your parents did the same with you, and that's how you now know how to recognize when a child does something irritating in a restaurant. It's how you learned to look at a situation and say, "That parent needs to control their kids."

It's how you learned to be a respectable person.

Clint wraps up his post with empathy and understanding, but also drives his point home. "I get it. Kids are irritating when they are loud in a restaurant. I know. I'm living it," he wrote. "But before you get angry and judgmental, realize that what you are witnessing is not bad parenting, but rather, parents working hard to fix the situation. You are looking at what it takes to turn a child into a person." 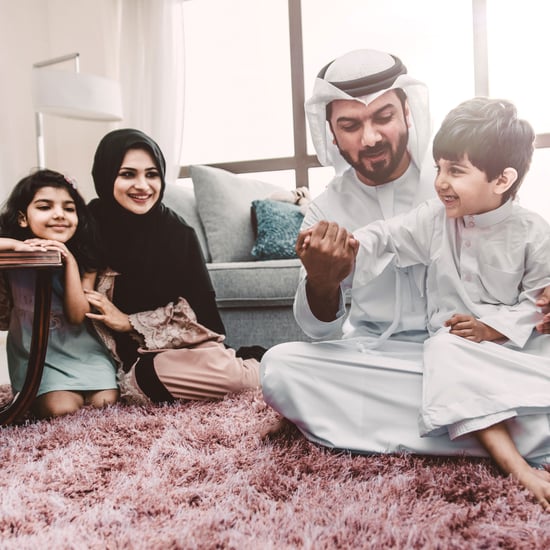