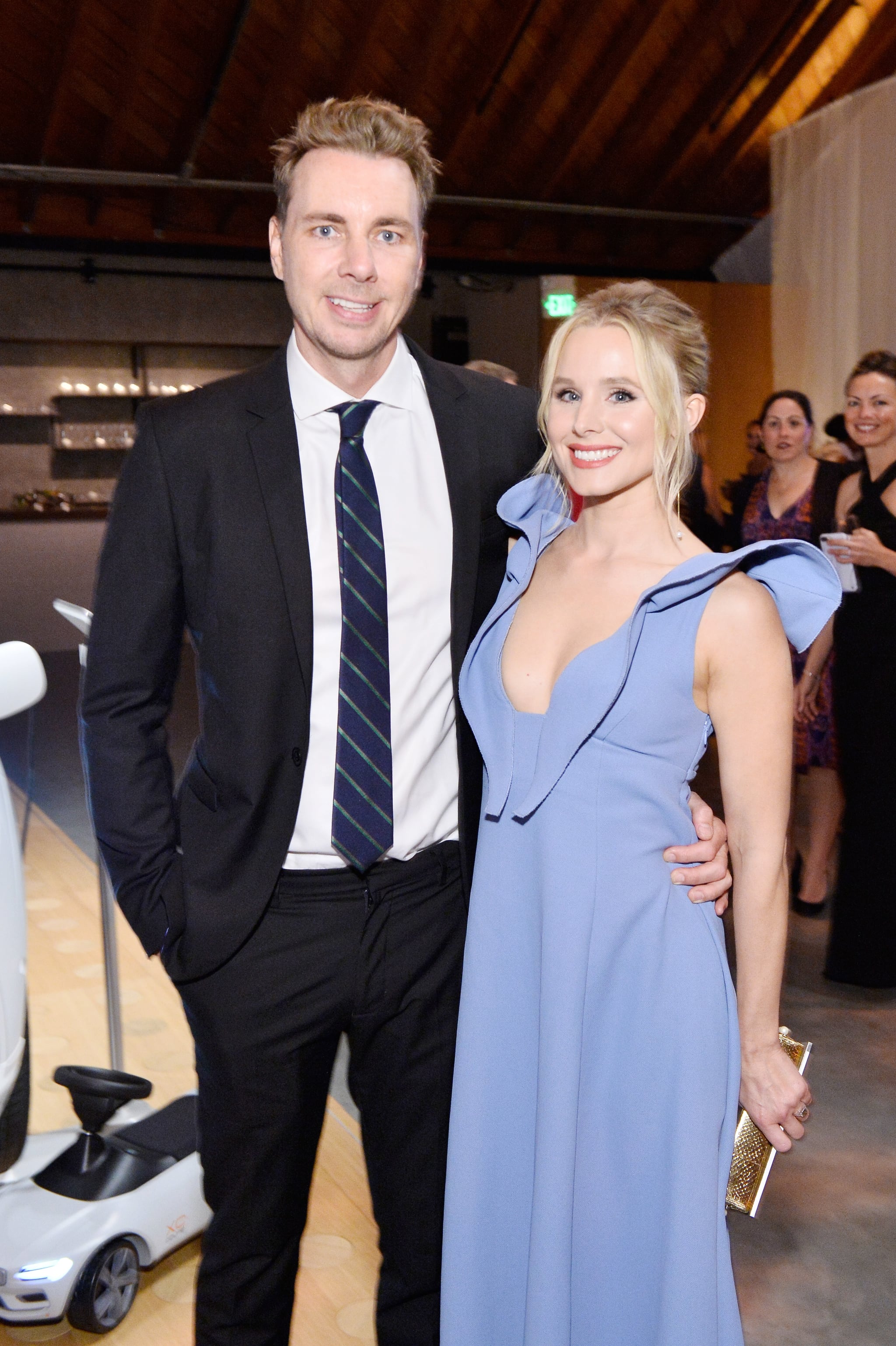 Dax Shepard and Kristen Bell may be superstar actors, but their down-to-earth parenting advice and oh-so-real complaints have made them one of the most relatable couples in Hollywood, and this recent interview just proved that even more. Dax sat down with Today, where he opened up about how he starts every day with his wife and two daughters, Lincoln and Delta.

"Well, I don't choose that," Dax said when asked what time he wakes up. "I have two kids, 2 and 4 years old, so whatever time they start screaming, I then get up and go deal with it. But that averages out to be about 7 o'clock in the morning — which has completely changed my routine, because I'm a bit of a vampire by nature. My circadian rhythms would have them go to bed at 2 and wake up at 10, but that's off the table."

The other thing that's off the table: the possibility of becoming a morning person. Dax said that both he and Kristen are NOT morning people, but because he struggles with falling asleep, she helps him out by getting up early. Then he'll start with whichever child is yelling on that given day. Before making the girls breakfast and getting them ready for school, Dax and Kristen pump up the volume and enjoy some awesome music, an amazing tradition in the Shepard home.

"We start our day with yacht rock," Dax said, which is usually their go-to breakfast genre except for the month of December, when it's straight Christmas music. "But when we get in the car, we usually then switch over to hits. We kind of get everyone fired up for the big day at preschool. They love Katy Perry; they love Sia. Well, they love Hall & Oates, by the way, which is pretty elevated of them, I think. They've got eclectic taste."

While the kids do have eclectic taste, it's definitely not a free-for-all in the Shepard home, and there's one genre that is completely off limits. "What we won't settle for is those songs made for children," he shared. "We decided early on, we're not going to torture ourselves like that. So they're not even aware of that kid music, which I recommend to new parents. Don't even let them know about it." Ha!

Related:
Kristen Bell and Dax Shepard's Love Story, in Their Own Words

Sure, Dax may have rented out a whole roller rink for date night with Kristen, but he still knows the importance of a strong cup of coffee. When asked about the one thing he has to do every morning before the day can actually begin, he said what every parent could've guessed. "Drink coffee: Starbucks French Roast, the 18-ounce cup," he said. "Just really get as much down as you can."

Yacht rock and Starbucks French Roast, now that is something we definitely can get behind.