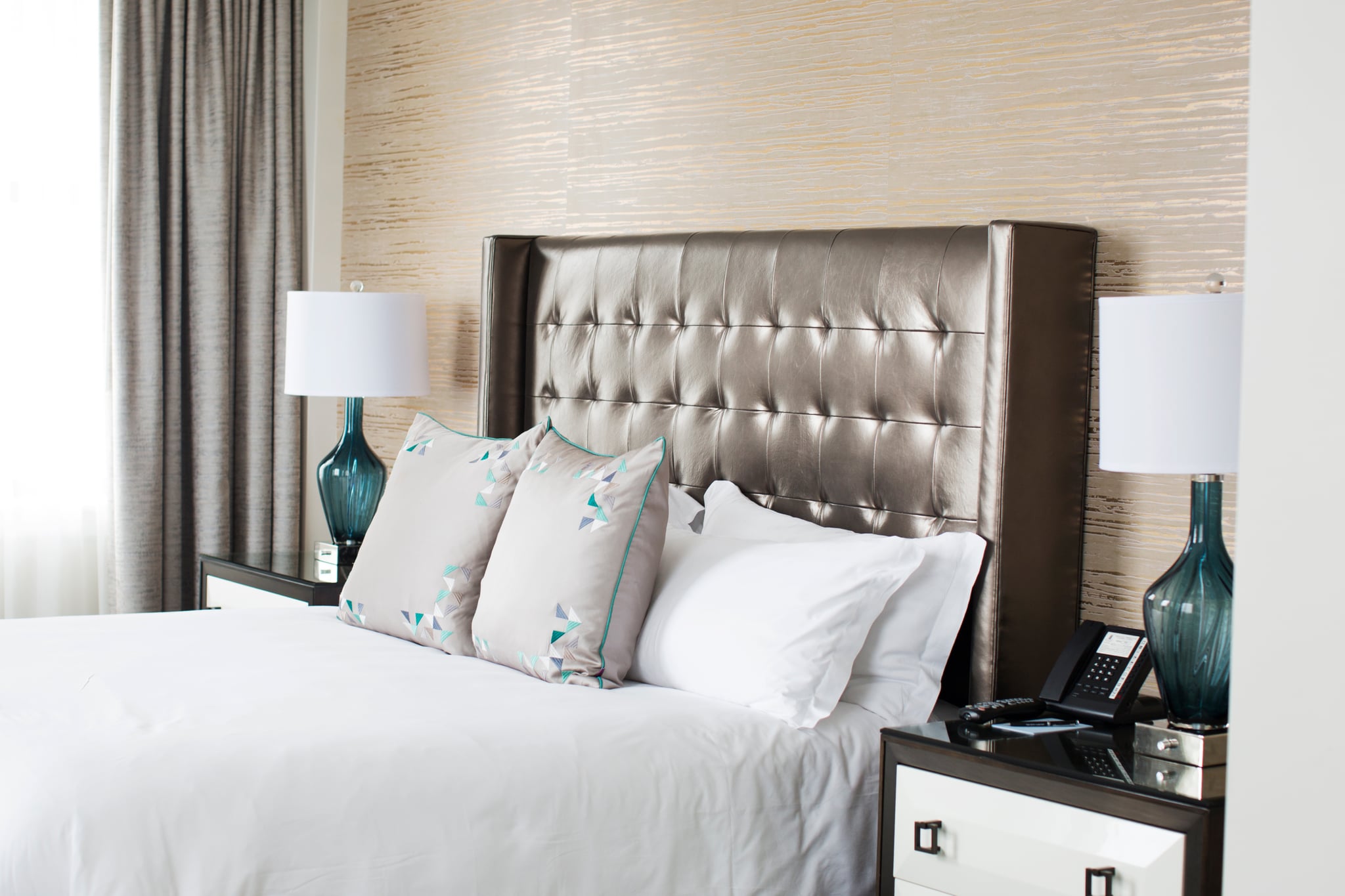 Maybe it's the fact that I grew up with divorced parents or I'm admittedly just stubborn as hell, but my independence is everything to me. From an early age, I told myself that I would never rely on another person or significant other to do the things that I can learn to do by myself. Whether that means mounting a television, putting together a dresser, or even painting my nails with my nondominant hand, that's all me. (I draw the line at doing an oil change or anything motor-vehicle-related.) So when the day came when I was finally able to move out of the apartment that I lived in for three years with a roommate and move into a studio, I was ecstatic. An independence addict's dream come true. Endless independent possibilities.

After a long day of moving and heavy lifting, it was time to do the most important task of all, the one that verifies just how real this whole dream was: it was time to make my bed. Now, it doesn't take a genius to understand that the duvet cover struggle is oh so real, but as a newly established party of one, I was going to make it happen, and I was going to do it crinkle-free. After guzzling a large glass of stubbornness and determination, I looked around for items I had already unpacked and accepted the challenge. And there they were . . . holding together my snacks and soon holding together my sanity: chip clips.

The process was so simple that I actually questioned if I was forgetting something. I opened my duvet out on my bed, put the top corners into the duvet cover, and locked them in with a chip clip on each corner. I pulled the duvet cover down a bit on each side, shook it out while holding the two top corners with the clips, and VOILA! The horrible, dreaded process of putting on a duvet cover was completed crinkle-free in under a minute — and with such a simple item that we all have around the house. Joanna Gaines, where ya at?!

Chip clips save my snacks from going bad and myself from going mad. Sometimes they're magnetic, sometimes they have cute designs, but no matter what, they always get the job done. Sure, putting on a duvet cover is by no means the "job" these bad boys are made to do, but the multifunctional household item worked and simultaneously helped reinstate my independence in such a simple way. *Dusts off shoulder.* If you've been holding off on washing your duvet cover purely because you're avoiding having to put it back on, just grab your chip clips and shake it out. You got this, Miss Independent.