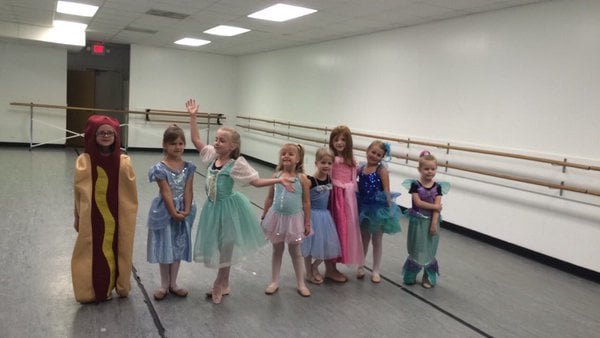 As of today, the world has a new hero. And she's a 5-year-old girl dressed as a giant hot dog.

It was "princess week" at a North Carolina dance class, and while every girl showed up in some variation of crinoline and tulle, little Ainsley decided to resist going the Disney route and wear something she was more comfortable in — a kid-size frankfurter costume.

After photos of the girl dancing among her princess-y peers went viral this weekend, her dad, Brandon, took to Twitter to tell us what we'd all been secretly hoping: that it was her choice completely.

"Best part is it was all her idea!" he wrote in a Tweet.

Thankfully, those at Holly Springs School of Dance, where Ainsley takes classes, were more than happy with the act of princess rebellion:

The lesson here: in a dance class full of princesses, be the hot dog.

It was princess day at dance and one little girl came as a hot dog I have never admired someone more pic.twitter.com/iro5mL2Bvc