Your Arab Doll opened up in Abu Dhabi last year, selling toys with traditionally Arab names and wearing clothes from the region. And now an American organization is doing their part to help those who wear cover-up be more fairly represented to children.

For Good Pittsburgh is selling hijabs for dolls, with profits from their Hello Hijabs line going to charity.

It all started when Gisele Barreto Fetterman's daughter – who wears spectacles – wanted to play with dolls that also sported glasses. It made her think that youngsters should be exposed to other appearances too, so she teamed up with her Muslim friend, Safaa Bokhari, 30, to create the pieces of cloth scaled to be folded and fashioned like life-size hijabs.

Going on sale from April 1, the items will cost $6 but are only available in the United States.

"We currently only plan to ship items to the USA, but hope our initiative inspires love worldwide," Kristen Michaels from For Good told POPSUGAR Middle East. "Our hope with this initiative is to raise a kinder, more accepting generation.

"We think it's important for every child to see themselves, their mothers and grandmothers during playtime. We want playtime to be more inclusive and we hope this helps to remove some of the fear and stigma around hijabs and anyone who is different, or believes in different things."

Each item comes with a card that explains more about the hijab to people who may not know much about it. 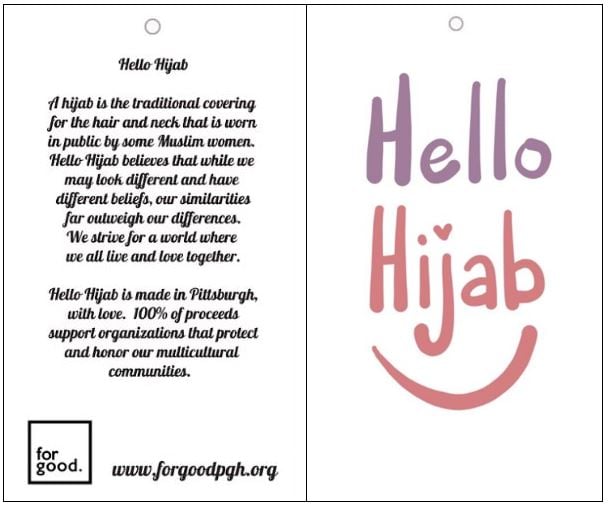