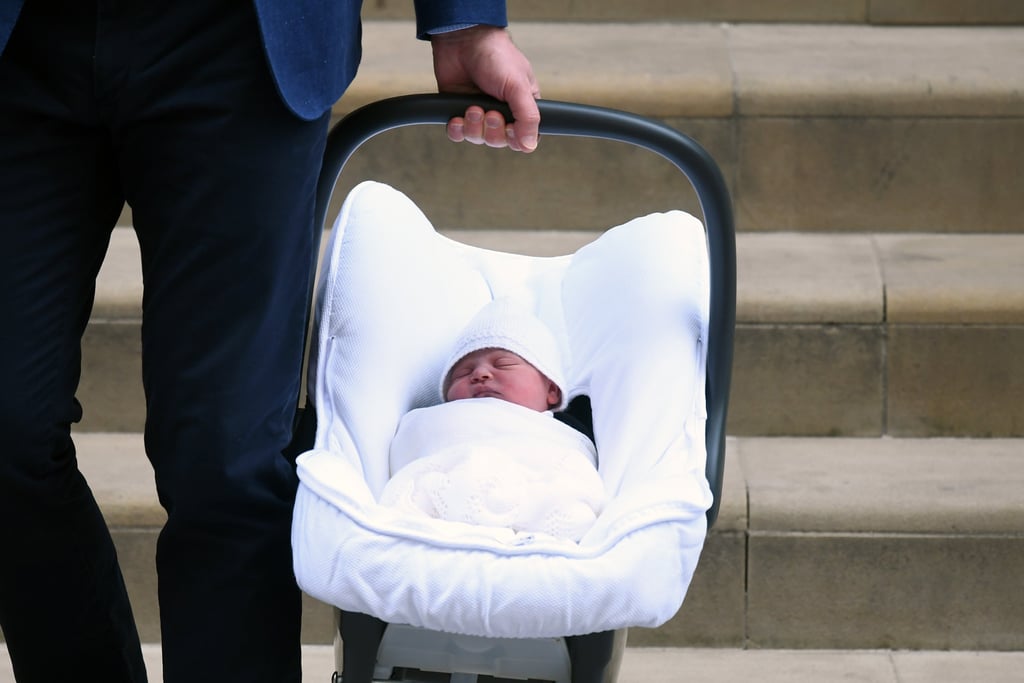 Back in 2013 when Prince William and Kate Middleton became parents for the first time, the new dad made an all-too-common car seat mistake — keeping Prince George warm in his seat with a swaddle blanket under the straps. Now, with the newest royal baby already going home less than 12 hours after the Duchess gave birth, the seasoned dad has proven he's learned from his past mistakes, as photos show the new little prince snug in his car seat with a knit blanket both his siblings have been photographed in on top of the straps.

The reason a blanket or puffy coat shouldn't be worn underneath the car seat strap is simple — the item creates space between the straps and the child, causing them to not be tight enough to keep the baby safe in case of an accident. Allana Pinkerton, a certified child passenger safety technician and Diono global safety advocate, told POPSUGAR that if you want to keep your child warm in their seat, to put a blanket over them after securing the straps correctly. But even then, you have to be mindful of loose blankets around young babies.

Allana tells parents to keep loose blankets away from their baby's face just as they would when putting them down to sleep in their crib, and encourages them to "tuck the blanket in on the sides" of baby's body to "swaddle" them in their seat — just like William and Kate have done with their newborn son.

Check out the photos of each royal baby in their car seats leaving the Lindo Wing at St Mary's Hospital below, and spot the correct increased safety measures taken with Charlotte and the new, unnamed prince.