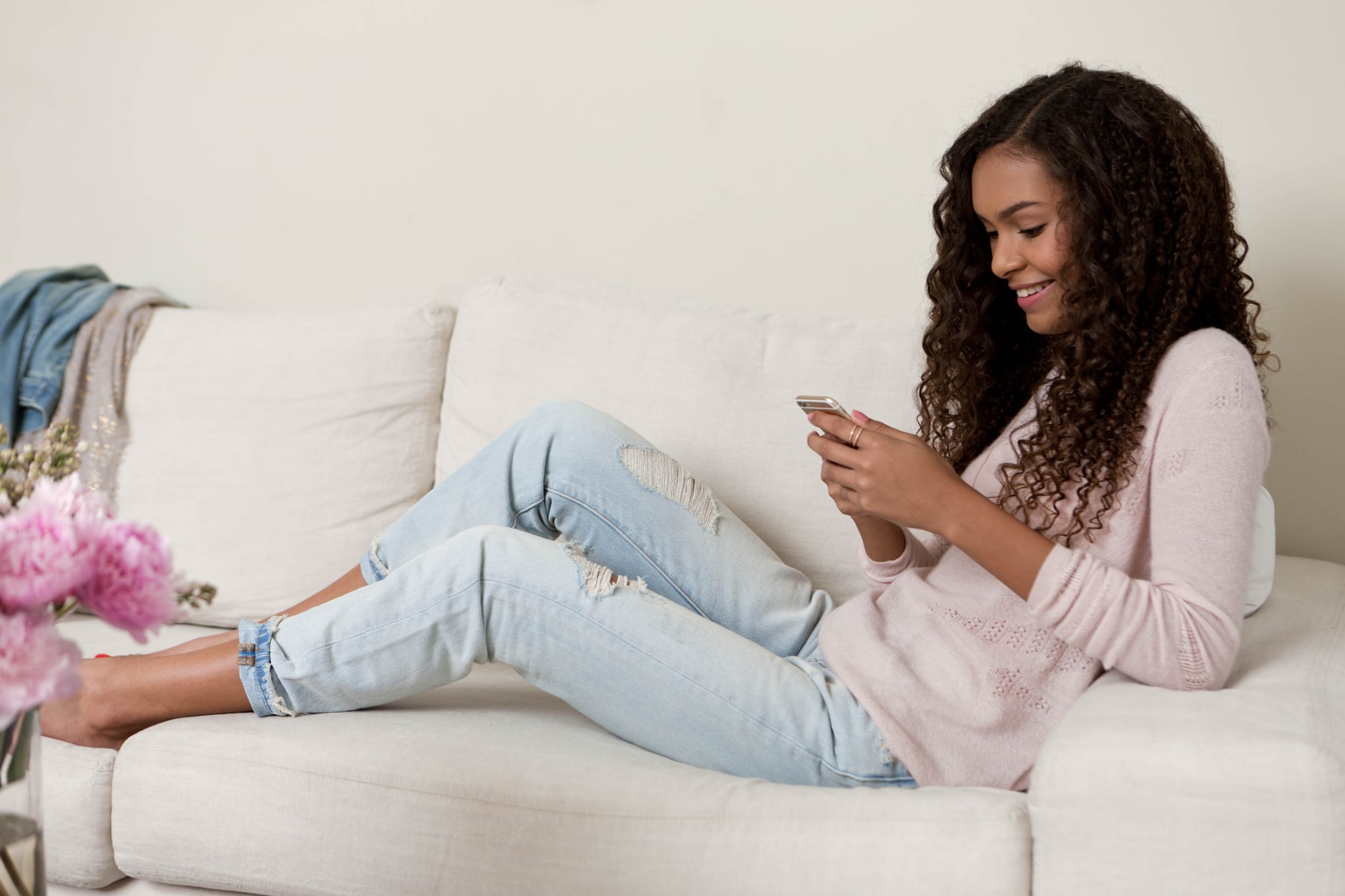 Most of the conversation in the media about parenting and screens is about babies and children — how soon is too soon for screens, how much screen time at what age, what kinds of parental monitoring tools are available.

But the challenge of parenting and screens doesn't go away when the kids head to college or leave the nest to start their own adult lives. Even when your kids are grown, as my two daughters are now, screens are still an issue. Your adult children may or may not have a serious romantic relationship, but they'll almost certainly have a committed relationship with technology. And preparing them, guiding them, and giving advice for that relationship is also important. Because whether they're back home visiting or not, the relationship with technology they have is going to be a part of your family.

So bringing a bad relationship with technology into the family can be just as bad as bringing in a disruptive girlfriend or boyfriend — OK, maybe not quite that bad, but still bad!

Giving relationship guidance about technology can be harder than for other relationships, since, in most cases, younger generations are more adept at technology than their parents. But as any parent knows, knowledge isn't the same thing as wisdom. And technology is much better at giving us all what we want than what we need.

My own two daughters are obviously digital natives in a way I'm not — but they were still already teenagers when the iPhone hit the market. So all three of us have learned to navigate the social media ecosystem that has grown up around mobile phones together.

And even if that weren't the case — even if they had grown up in the mobile world and were only just now hitting their teen years, the fundamental principle still applies: that you're transitioning from a period of controlling their technology and mandating rules to one of increasing independence in which you hope you've taught them enough to navigate that relationship in a healthy way.

To borrow from the old proverb: give a child a fish and you've fed her for a day, but teach her that she doesn't always have to Instagram every beautifully prepared plate of fish, and you're feeding her for a lifetime. (Sorry, my two daughters would ask that I insert a rolled-eye emoji here for them).

But the point stands: our technology diet — what we take in, our ability to moderate, knowing the difference between what we really need and what's just going to make us crash — is just as vital to our long-term health and well-being as our food diet. And we wouldn't want to send our young adult children off to make their way in the world with no ability to make their own choices about what will keep them healthy.

And, of course, as any parent who has ever read a parenting book knows, modeling a behavior is the best way to teach — showing rather telling. Which, ironically, is itself easier said than done — especially with technology. After all, technology is just as addictive (by design) for adults as it is for children and teens. 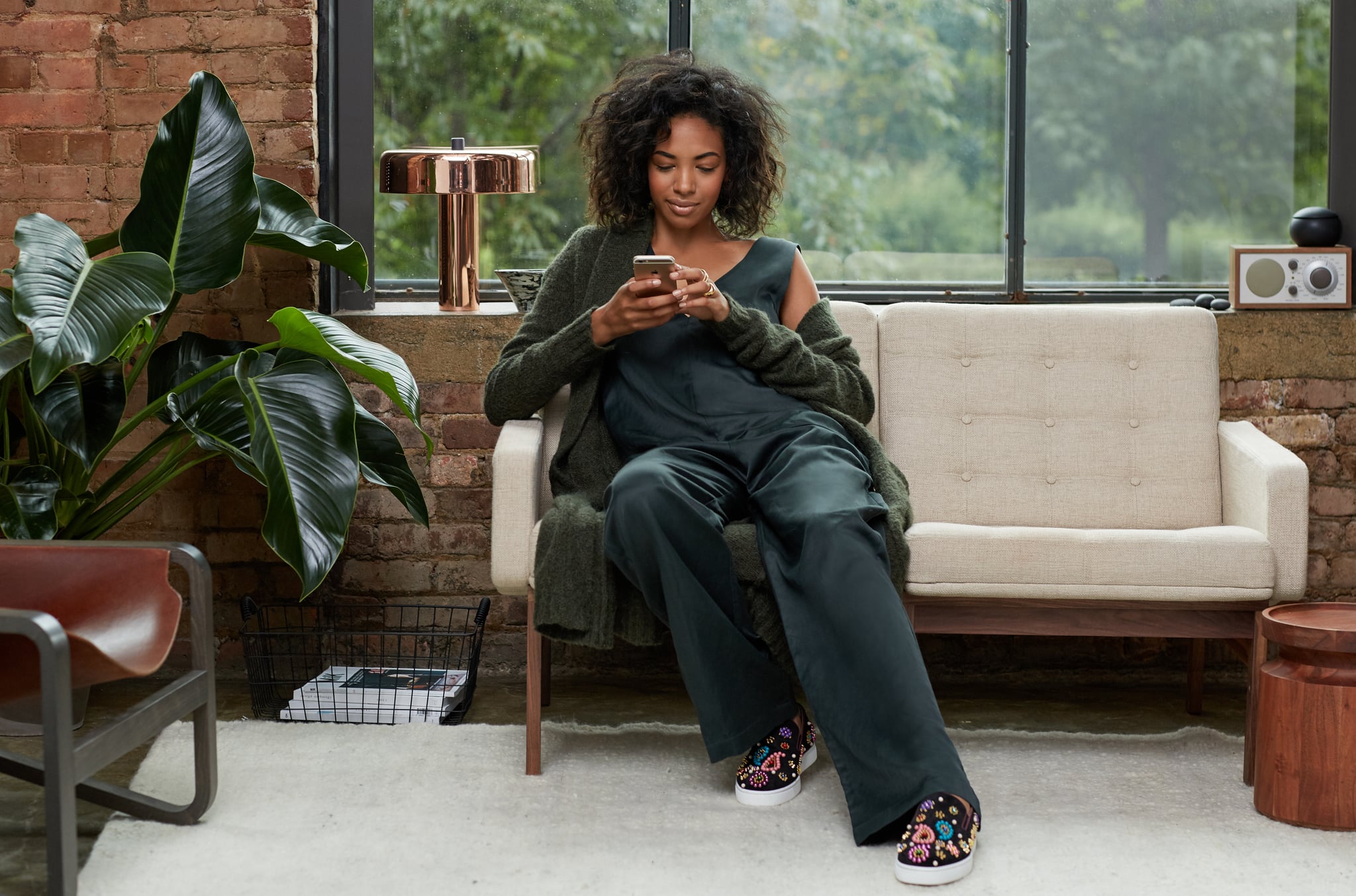 A survey released by Common Sense Media found that parents of tweens and teens spend about the same amount of time in front of screens — around nine hours a day — as their children. Over half the parents said they were worried their children might become addicted to the internet, but at the same time 78 percent thought they were serving as good role models for how to use technology. "So there's a tension there," Michael Robb, director of research for Common Sense Media said.

Tension, of course, being the operative word for parenting at all stages.

But it's true: as hard as it is, the best way to teach your children — adult children included — how to have a healthy relationship with technology is to have one yourself. For some this might serve as an additional motivator; for others it might just increase the pressure and guilt of parenting.

The best way to teach your children — adult children included — how to have a healthy relationship with technology is to have one yourself.

One thing that makes it easier when they're adults is that they're most likely already aware of the downsides of how ubiquitous technology is in our lives. They know how everybody looking at their phones during dinner limits conversation and connection. They know what it's like at a concert when everybody's holding up their phones instead of being in the moment and having a common experience. Even if they're also doing these things.

That's how our relationship with technology is now — we're all addicted, even when we know what it's costing us. A 2015 PEW study found that 89 percent of mobile phone owners had used their phone in their last social encounter, but that 82 percent say that when this happens it damages the interaction.

A few years ago, I decided to do a weeklong unplugging challenge while on a Christmas vacation in Hawaii with my sister, ex-husband (yes, we still vacation together) and daughters. The rules I set up were two email check-ins per day, but that's it. I tried to rope them in, but I had clearly not adequately prepared the case for why we should do this. So I was solo off the grid. It was definitely not easy at first. But, I have to say, by the end of the week, ignoring the urge to take photos of the amazing sunsets, or selfies at the beaches, or Instagrams of our meals, and instead just be in the moment had a powerful effect not just on me, but also on them. I felt more connected to them, which meant they felt more connected to me. Though they weren't part of the challenge, they could see the benefits in ways I wouldn't have been able to simply describe to them.

And there are ways to incorporate those benefits short of going on a weeklong digital detox. You can mutually agree to a no-phones policy at dinners, for instance. This becomes easier when you're an empty-nester parent because you see your children so much less than you used to, so it's easy to see the benefits of not letting the rest of the world barge into your time with them.

I've also been successful (mostly, I think) at getting them to adopt my policy of not sleeping with phones in the bedrooms. Our phones are repositories of everything we need to put away to allow our bodies and minds to wind down and sleep — our to-do lists, our in-boxes, our anxieties. And young adults have plenty of all three. Plus, putting their phones to bed before they go to bed will serve as good practice for when they have children (more rolled-eye emojis; I don't really tell them that).

The point is that our relationship with technology is a lifelong one, for all of us. And it's something you're going to have very much in common with your adult children. We're all in a period of transition with technology. We're at an inflection point where people are waking up to how much of our time, our attention, and our lives we've ceded to screens. We need to rebuild those barriers — not just around ourselves, but our families. That's what makes recalibrating your relationship to technology such a great project to do along with your adult children — the stakes are high and right in front of us.