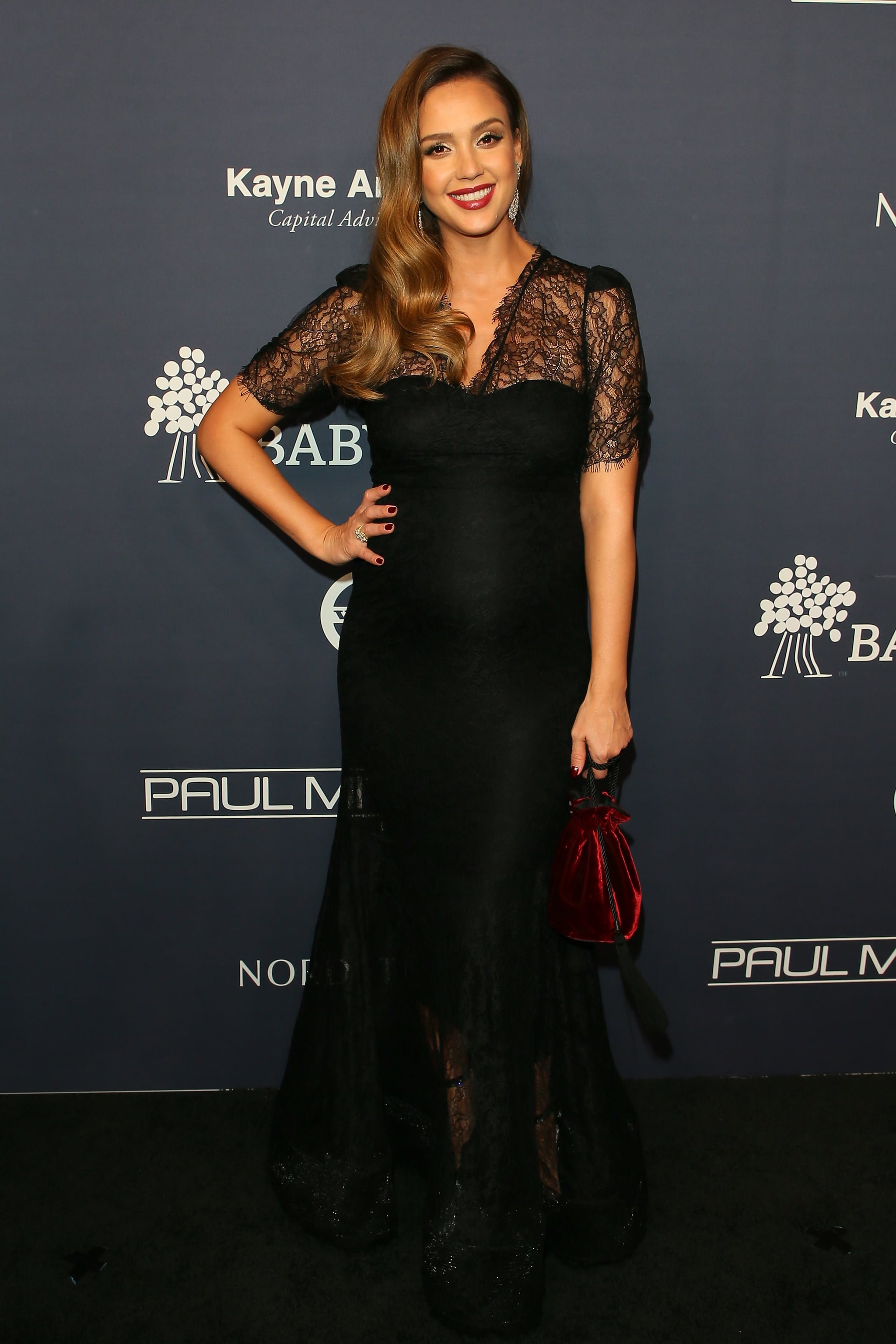 Jessica Alba was feeling the pregnancy woes, even though it didn't show one bit when she stepped onto the red carpet for the Baby2Baby Gala in California in a stunning Brock Collection gown. The mother of two flaunted her growing baby bump and spoke candidly about her pregnancy. "I like that I actually feel glamorous," she told People. "I don't feel glamorous at all when I'm pregnant, so it's nice to kind of dress up and feel beautiful. I usually feel sort of like Humpty Dumpty, slothing around and hormonal, and nothing fits the same. But in this dress, I actually feel kind of pretty."

Jessica and her husband, Cash Warren, announced they are welcoming their first son. The pair already has two daughters, Haven Garner and Honor Marie. "It is exciting to add a different vibe to the family, but I don't even know what to expect," she said. "All I have are girl everything in the house." However, this is Jessica's dream come true, as she revealed on The Rachael Ray Show that she was hoping for a boy. "For me . . . the girls love their dad. I wanted someone to love me more," she joked. "When he comes home, they're like, 'Daddy!' It's like a party."