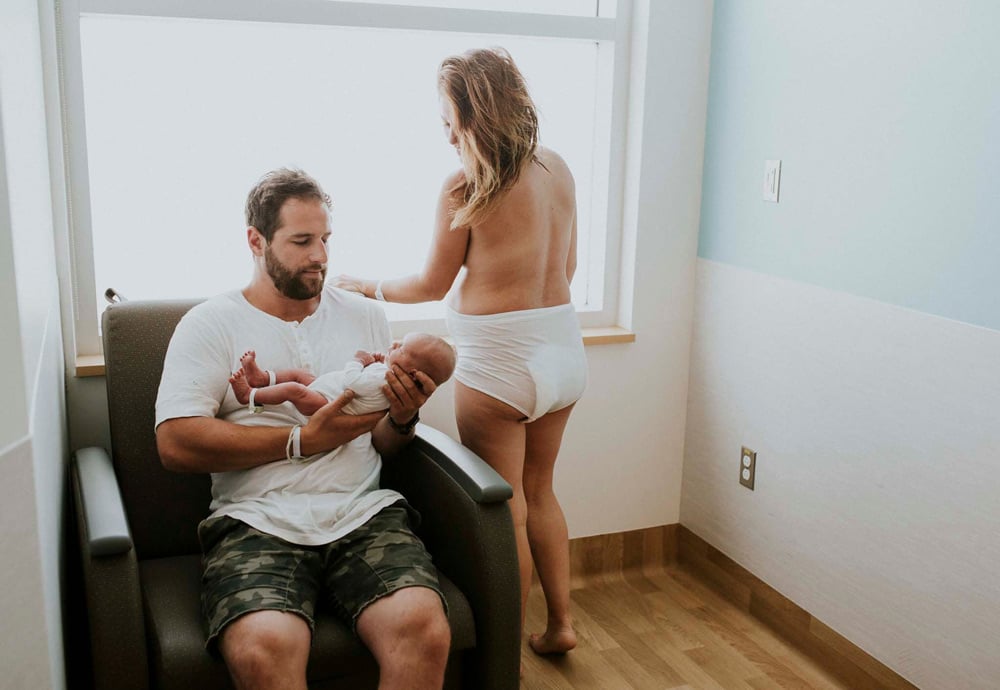 The famous interior designer and former star of The Bachelorette welcomed her first child, Leo, on Aug. 5. Aside from an initial Instagram announcement, Jillian had yet to share the details of Leo's stressful, unpredictable, and emotional birth, until now.

On her blog, Jillian explained everything leading up to, during, and following Leo's birth. After noticing she was slowly leaking a few days before her due date, Jillian and her longtime boyfriend, Justin Pasutto, went to the hospital only to have to head back home and continue waiting.

The following evening, Jillian relaxed as she took her dog, Nacho, out for a swim in the lake. When she came back home, her cousin noticed her leaking. To ease any of her concerns, Jillian hilariously explained, "I had decided that my vagina was some monstrous vacuum and I told Sam, 'You know what, this is probably from the swim in the lake, I just sucked up a bunch of water' and crawled back into bed."

The next day, it was finally time to head to the hospital. Initially, Jillian described her pregnancy as being "textbook." She said, "I remember thinking I LIKED the contractions . . . I loved all the company and was laughing between every contraction. It was one of the most amazing few hours of my life." Then everything changed.

As her contractions worsened, Jillian was given an epidural and told that she might have to have a C-section because her baby was wrapped up in his umbilical cord. While all of this was happening, mind you, Jillian and Justin were also filming a pilot for a reality TV show that Jillian has yet to disclose. So all of this was taking place in front of an entire film crew . . .

In the end, Jillian was able to give birth without a C-section, after about an hour of pushing. She said, "He was beautiful, and life was beautiful." Along with her birth story, Jillian posted real and relatable postpartum photos of herself along with Justin and Leo — scroll through to see some of their first moments as a family.