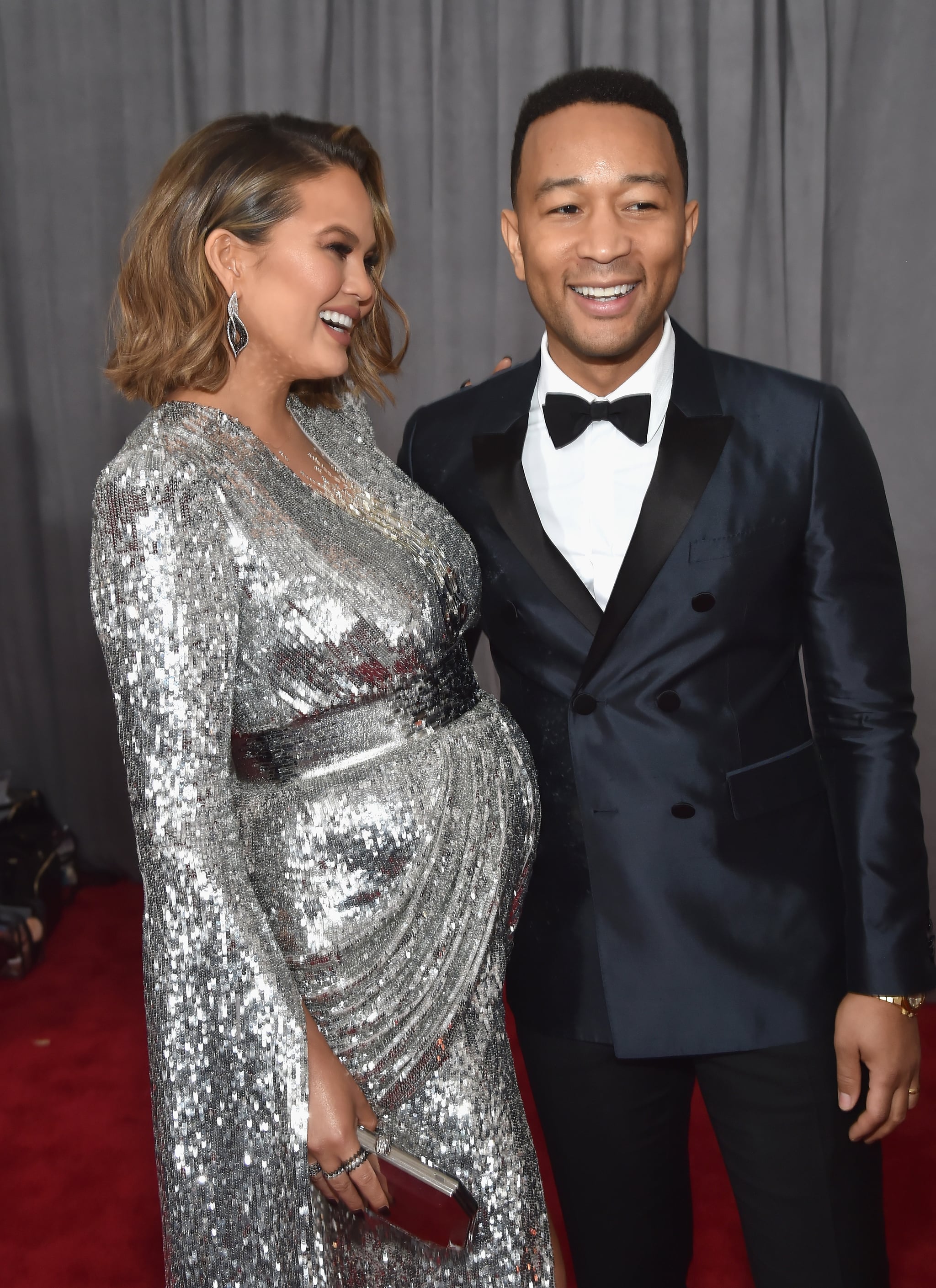 Chrissy Teigen set the red carpet ablaze with her pregnancy glow when she arrived at the Grammys on Sunday night. With John Legend on her arm, the expectant parents did what they do best and had fans gushing over their adorable relationship in a interview. While Chrissy and John are a couple of regulars at the award show, this year's antics proved to be a little different for the duo, as they are expecting their second child together. (Read: a sadly sober show for Chrissy.)

In an interview with E! News, the couple shared that Chrissy isn't the only one cutting back on the booze this year, with John adding that there's "less drinking" for him, too. But the couple did make a compromise, with John hilariously telling Ryan Seacrest that he had one whiskey shot on the way to the show, "just to get us loose. I'm drinking for two."

Maybe he'll get loose enough to spill whether they're having a boy or a girl! We'll drink to that.