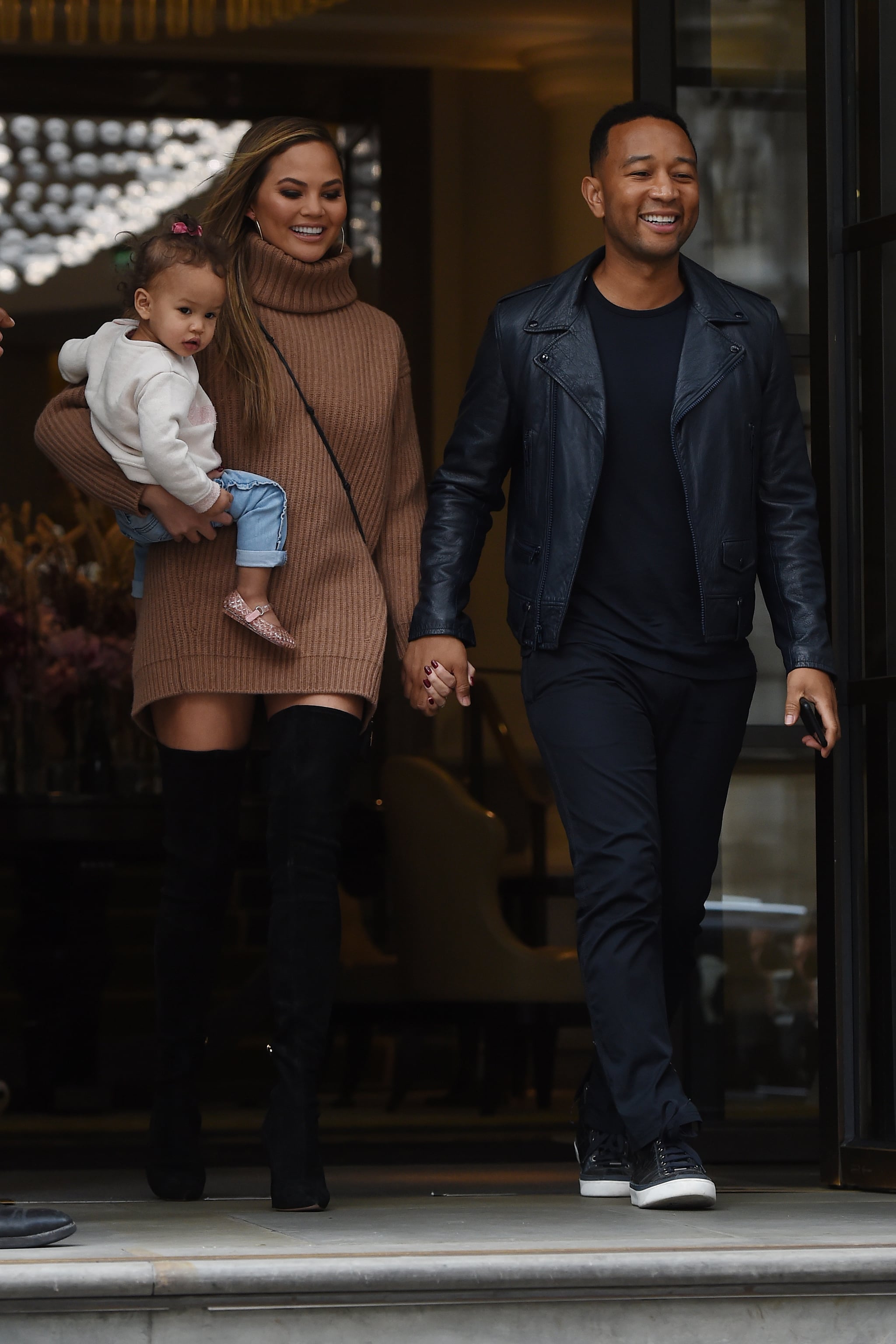 Chrissy Teigen didn't hold back when it came to discussing her battle with postpartum depression after she gave birth to her 2-year-old daughter, Luna. And while we constantly hear about PPD in the media, it's rare to ever get a father's perspective. John Legend opened up about how his wife's PPD affected his day-to-day life and had some tips for all the dads out there who are going through the same situation — and what he said will make you love him even more.

In an interview with POPSUGAR, he admitted the best thing you can do is remember that you aren't the priority right now.

"At first it's hard to think like that because, at times, I always want to be right and win [the argument] all the time," he said. "But when you're going through that situation as a father, you realize it's not important. It's not about you at all. That's where the support part comes in."

"The key for other fathers who are going through this is not to take every little thing so personally."

He continued: "Our jobs as fathers is to be as supportive as possible to our partners. And I think it's really important for us to communicate and listen and be as comforting as we can. It's really hard being a new mother, and we just need to realize our role is to be as present, comforting, and supportive as we can be."

Legend reminds dads that no matter how hard it is for new fathers, moms really do have it harder.

"The key for other fathers who are going through this is not to take every little thing so personally. Sometimes it's easy to want to make things about yourself, but it's important to remember that some comments aren't about you. You have to remember to be supportive."

Talk about some solid advice.