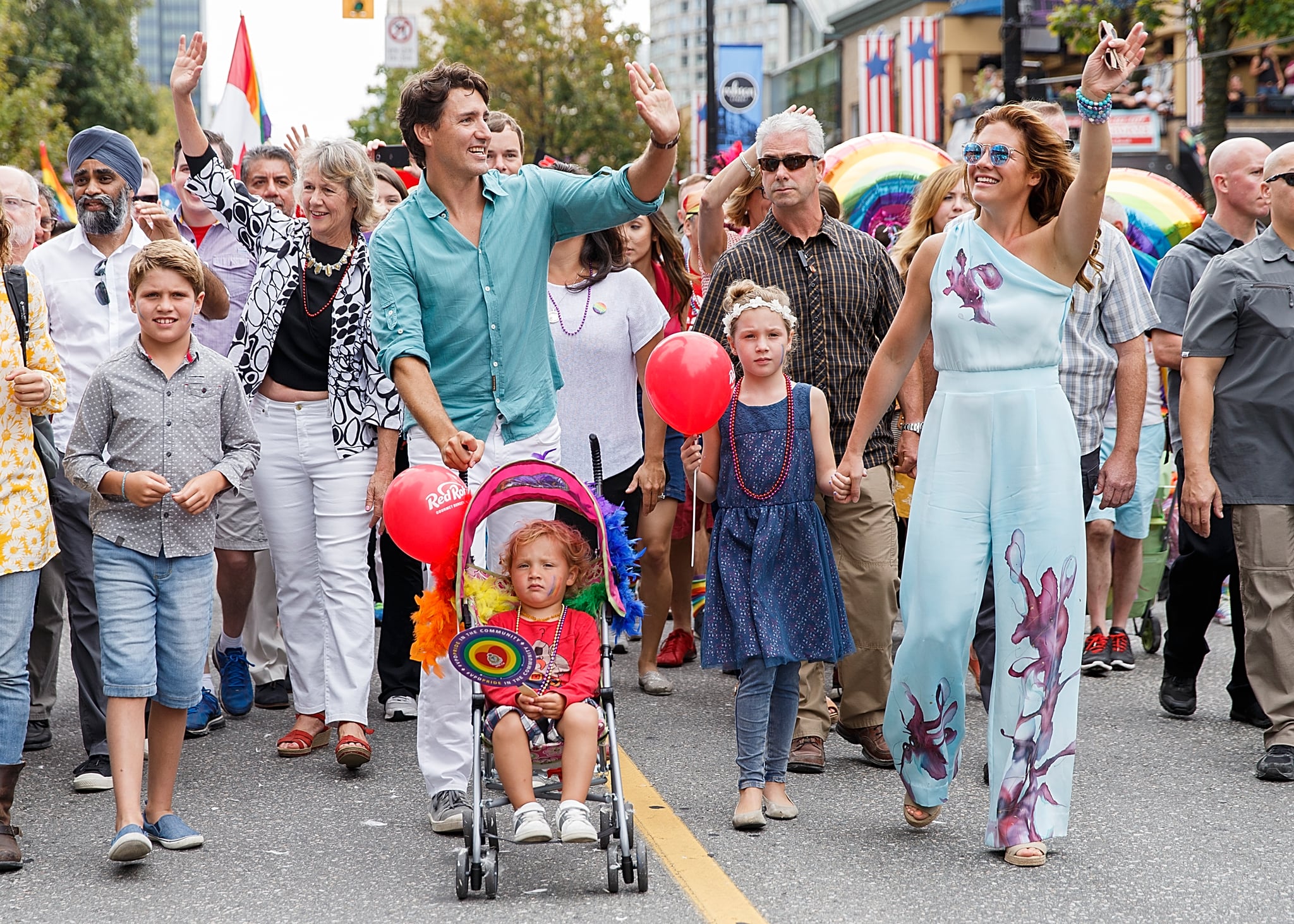 In an important essay featured in Marie Claire, Justin Trudeau wrote about why and how he's raising his children to be feminists. The Canadian prime minister shared why he's instilling his three children — Ella-Grace, Xavier, and Hadrien — with ideals of feminism so that they might grow up to treat everyone with respect and fight for gender equality.

In the essay, Trudeau says he came to this decision after it dawned on him that his daughter might still face challenges in the world as a result of her gender — no matter how courageous and kind he raises her to be. "It is maddening to me that my brilliant, compassionate daughter will grow up in a world where, despite everything she is as a person, there will still be people who won't take her voice seriously, who will write her off — simply because of her gender," he says. That's why he's "raising her feminist."

"I want my sons to escape the pressure to be a particular kind of masculine."

That being said, women are not solely responsible for fixing the issue of gender equality. "All of us benefit when women and girls have the same opportunities as men and boys — and it's on all of us to make that a reality," Trudeau writes, adding, "I want my sons to escape the pressure to be a particular kind of masculine that is so damaging to men and to the people around them. I want them to be comfortable being themselves, and being feminists — who stand up for what's right, and who can look themselves in the eye with pride."

At the end of the powerful essay, Trudeau explains how feminism will also teach his children to treat everyone around them with "respect and recognition," ultimately contributing to a better world. "To raise our kids feminist is to honor their future, because they have the responsibility — and the power — to shape it for the better," he says. Read his entire essay over at Marie Claire.