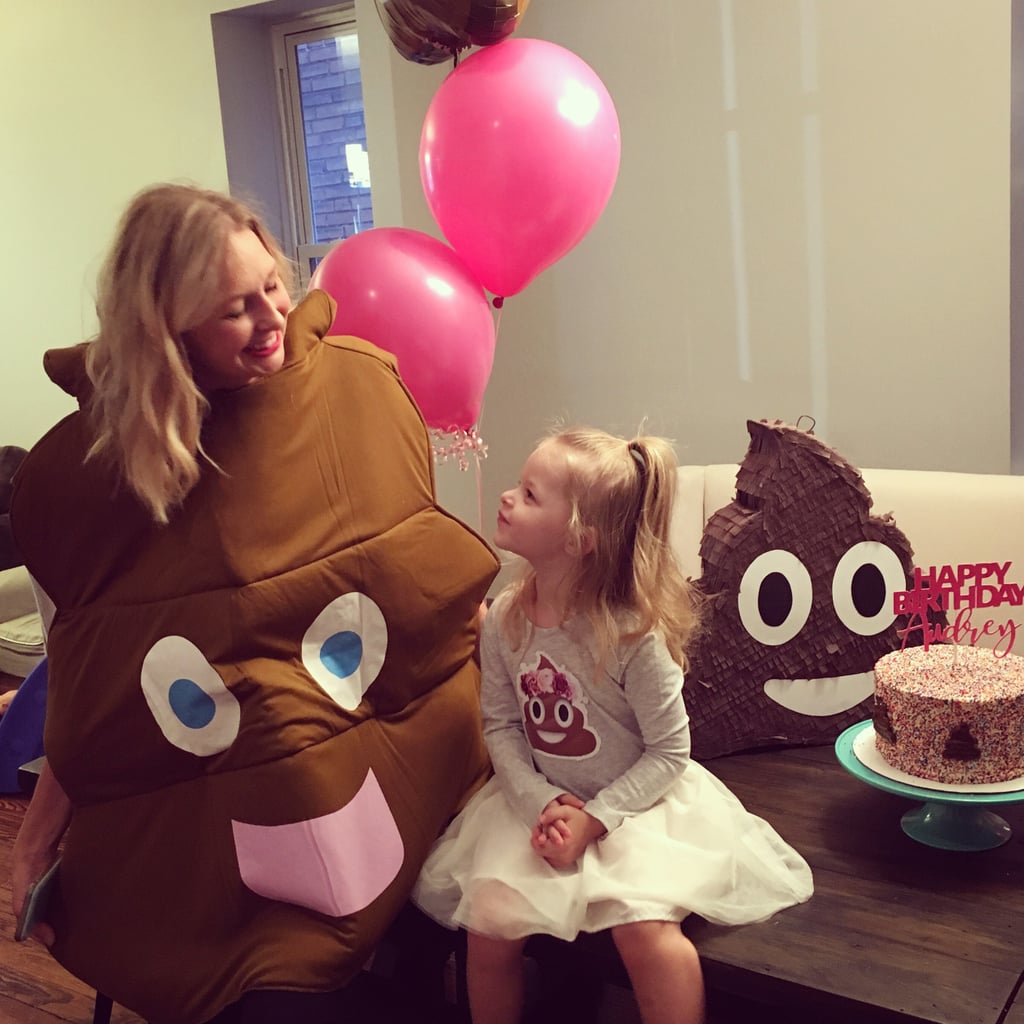 When Rebecca asked her toddler what she wanted the theme of her third birthday party to be, she wasn't prepared for Audrey's answer. The little girl had a very clear vision: it had to be poop themed.

After months of suggesting other ideas only to be rejected by the determined toddler, Rebecca and her husband decided to "embrace the weird" and plan the best poop party possible. "When she first started asking for a poop party, we would try to distract her. We thought for sure she would change her mind," Rebecca told POPSUGAR. "But she was determined that she was going to have a poop party."

When they big day arrived, Audrey greeted her guests in an adorable poop emoji ensemble and everyone enjoyed poop balloons and cookies, whoopee cushion favors, and a poop piñata filled with Hershey's kisses. For the final touch, Rebecca dressed up in a poop costume as the kids played pin the poop on the toilet. "When she saw me in my poop costume, she started jumping up and down and screaming 'Mommy, you're poop!'" Rebecca said. "To make her that happy was totally worth whatever embarrassment I felt walking around in a poop costume."

It's been six months since the party and, according to Rebecca, the poop obsession is still going strong. "We're hoping we can show the pictures at her graduation from medical school one day!" Rebecca said.

In the meantime, Rebecca is celebrating the fact that her little girl is her own person and hopes this party will help her to always have the confidence to be herself and follow her passions. "I feel like in this time of Facebook and Pinterest, we sometimes get caught up in trying to impress other adults," she told the Huffington Post. "This party wasn't for me, it was for Audrey. I love that we will look back at pictures, and it will represent her at 3 — my funny and quirky little girl."