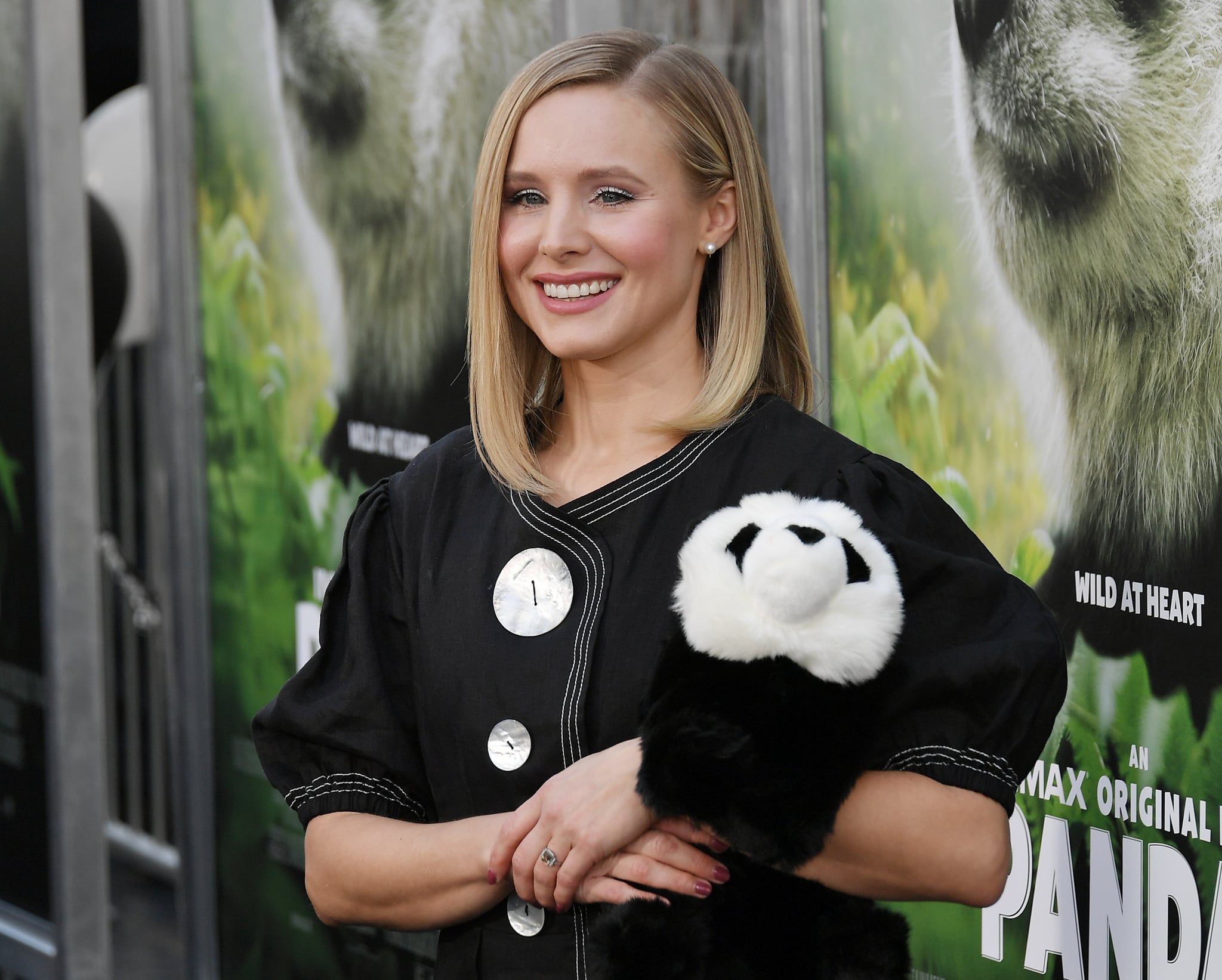 In case you haven't noticed, Kristen Bell is something of a celebrity among celebrity moms — and with good reason. In fact, reason number 7,593 why we love Kristen Bell is that she shares what she really, really deals with as a parent, even if it's a little gross (yes, husband Dax Shepard nursed off her to keep her mastitis at bay . . . and don't forget that ordeal with the pinworms) and even if it's unpopular. Her latest revelation is just that, but for those of us who are going through the exact same thing, it's soul-affirming.

"My 3-year-old [Delta] decided to stop sleeping about nine months ago," Kristen

told reporters at the world premiere of the IMAX documentary Pandas, for which she's the narrator. "And every night, when we put her to bed, she turns the lights on, which annoys the 4-year-old [Lincoln], and she will move furniture, and she bangs on the door with different, hard toys."

"My 3-year-old decided to stop sleeping about nine months ago. And every night, when we put her to bed, she turns the lights on and bangs on the door."

(If, like me, this is what your home is like after-hours, you're probably getting out a pen and paper to take notes.)

"Look, I'll get controversial," she says before revealing the debatable parenting strategy she and Dax employ. "We switched the door knob. We turned the lock on the outside."

Depending on your sleep-training philosophy, you are probably in one of three camps: the "oh, yeah, we, um, do that already" group, the "that's genius — hand me a screwdriver!" contingency, and the "how abhorrent!" crew.

For those in the latter, Kristen is the first to acknowledge what they might be thinking of her method: "I'm sorry, I know that's controversial, but we lock it when she gets in there, and we stand outside and say, 'We love you, we will talk to you in the morning, but now, it's time for sleep.' And after about 10 minutes, she'll wind herself down. And then, before we go to bed, obviously, we unlock it."

I for one am in an outlying fourth camp. I've heard of other parents doing the "lock-them-in" tactic but have been on the fence about trying it with my own sleep-averse toddler. Sure, it might be ill-advised — some think it's emotionally damaging, others fear it's a fire hazard — but some experts, like Jodi Mindell, Ph.D., associate director of the Sleep Center at The Children's Hospital of Philadelphia, think it's perfectly acceptable.

Mindell, who was interviewed by Parents, said that allowing a child the "chance to work it out for himself and see if he falls back to sleep without your help" could even prevent creating a dreaded "sleep monster" situation.

So, Kristen, if you're out there reading this, just know that on this controversial matter, I stand with you. OK, if it's anytime after 8:30 p.m., then I'm standing outside my kid's door as she's banging a Duplo brick on the other side, screaming, "I'm not TIIIIIRED!," but you get the idea.