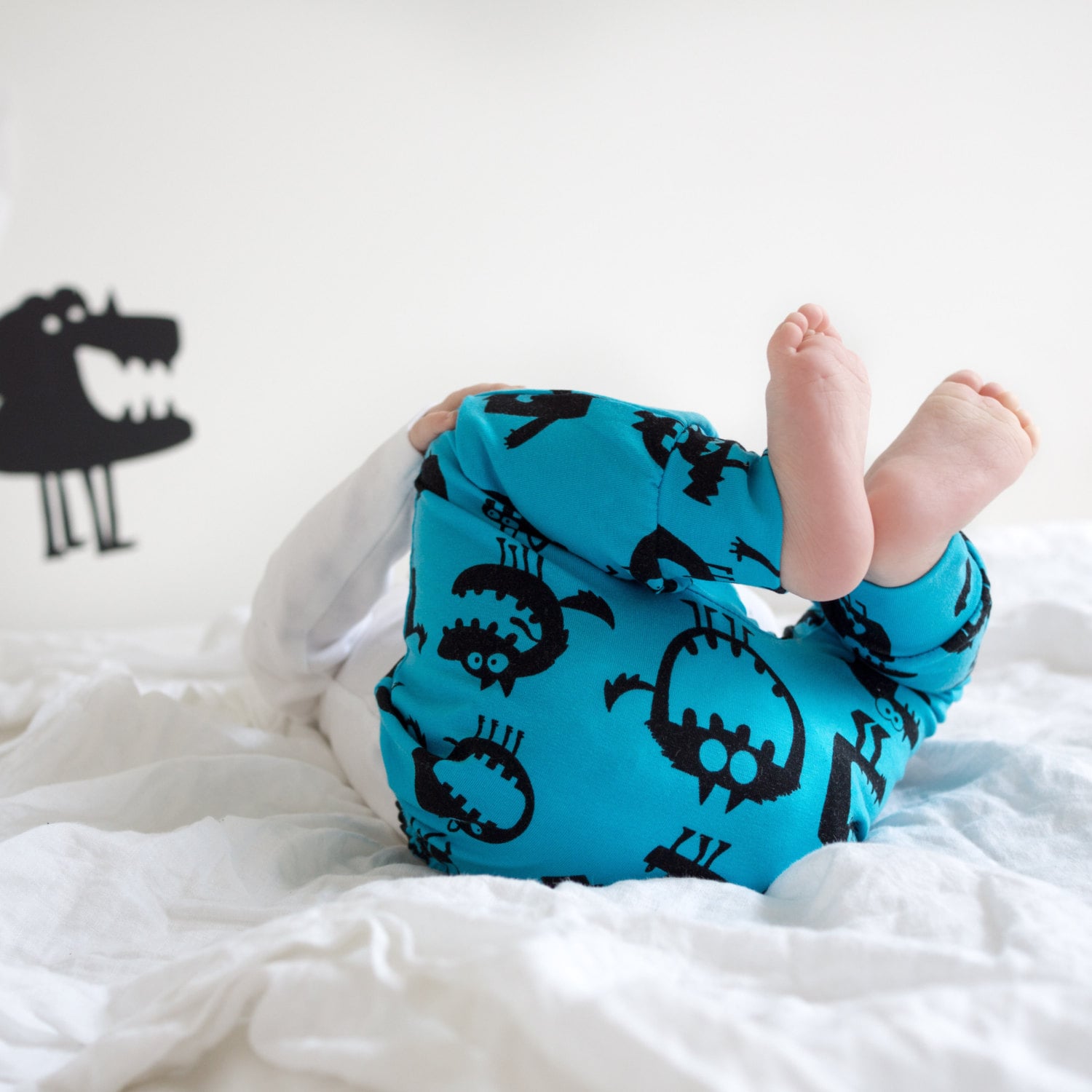 Confession: I love kid leggings more than any childless 20-something should, so I know a cute pair when I see one, and these leggings that were deemed "too scary" by a UK preschool are cute. The printed leggings feature adorable little monsters all over and were worn by a young boy whose mom was told that her toddler's pants scared a little girl in his class.

"DS had some leggings on today," user GracyEvans wrote in a post to Mumsnet. "They're gorgeous! They have monsters on (not scary) but apparently he isn't allowed to wear them? They don't have a uniform, but apparently a Mum said that they scared her daughter. WTAF." Most users on the post thread agreed with the confused mom, saying that the leggings were sweet and not scary — some even suggesting she rebel and continue sending him in the pants — but a few others admitted that their child would potentially find the monster design frightening.

If you're on the monster leggings train, however, you can buy them from UK-based unisex kid clothing brand, Fred and Noah, on Etsy.