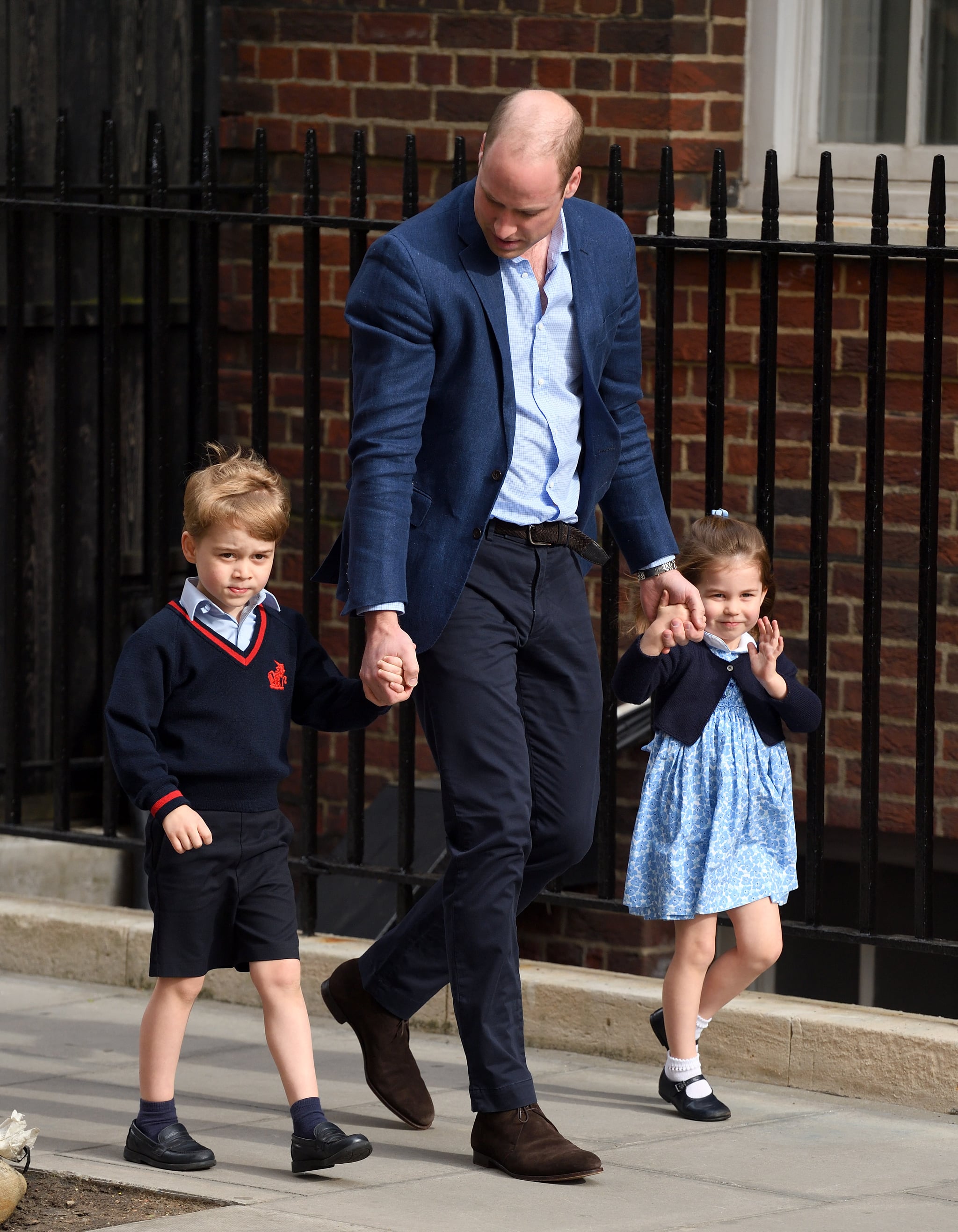 Even as a member of the royal family, Princess Charlotte still has to deal with some of the woes of being a middle child. The 3-year-old, who just recently became a big sister to Prince Louis, reportedly receives a lot of hand-me-downs from her older brother, Prince George. According to US Weekly, "A lot of Charlotte's toys are hand-me-downs from George . . . She's got one of his old scooters and [a] motorized Jeep she loves to drive around the patio in."

The sibling sharing isn't entirely uncommon for the family, however. When he was first introduced to the world, Louis wore a bonnet from the same set that Charlotte wore as a baby. More recently, Charlotte borrowed George's cardigan to wear in Louis's first portraits.

So far, Charlotte is reportedly embracing the family's newest addition. US Weekly reported, "She is really enjoying having a younger brother to play with. She's taking her big sister duties very seriously. She won't leave baby Louis's side." Adding: "Charlotte is just like [George]. They have a great bond, and a similar connection is growing between Charlotte and Louis."