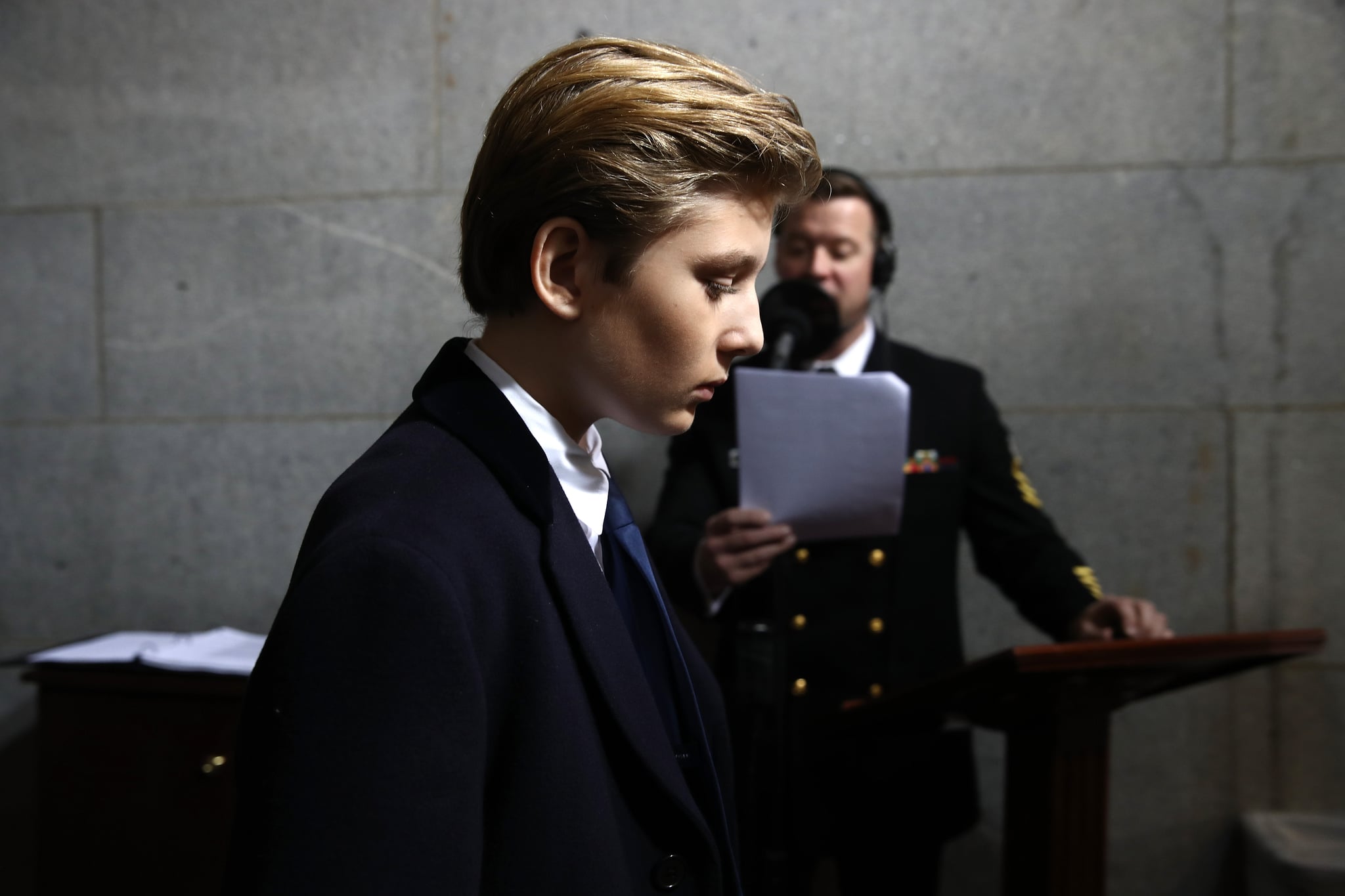 I can easily think back to when I was 10 years old, riding my bike around the neighborhood with my friends, rushing to the family TV to watch Disney Channel Original Movies every night at 8 p.m., going to the local Friendly's to celebrate soccer team wins and friends' birthdays. Being 10 is pretty simple, unless you're the 10-year-old son of the current President of the United States.

I'll lead with a disclaimer: I am not a fan of Trump. I will probably never be a fan of Trump. I despise all things that have to do with Donald J. Trump, including but not limited to his policies, opinions, and Twitter sh*t storms.

But I need to defend his son right now, because as awful as Trump may be at doing the right thing, I try to be a good person, as should you if you believe in making the world a better place right now.

Katie Rich, a writer on Saturday Night Live, took what I presume to be frustrations towards our nation's new leader, and channeled those feelings into a tweet directed at the young boy. Let's just say the fact that she's a grown woman who couldn't see that her comment was hateful before hitting "share" made me a little ashamed of my love for SNL.

When I saw other media outlets covering this comment — as well as countless other tweets with horrible anecdotes about Barron — I immediately felt nauseated and cringed away from my phone.

This is a hard time for America. People are hurting, people are angry, people are bolder than they've ever been. And even though we all like to claim that peace is the answer, some people have been far from peaceful in their actions and speech. Including, but definitely not limited to, Katie Rich.

Let's get one thing straight here, people. It does not, I repeat, DOES NOT, matter what you think or feel about Donald Trump — it's never OK to go after an innocent young boy, especially one who has been forced into the public eye from the day of his birth due to his parentage.

It's never OK to go after an innocent young boy, especially one who has been forced into the public eye from the day of his birth due to his parentage.

My heart physically hurts for Barron. Although I'm not a mother yet, when I read these tweets I immediately thought about the young people in my life — my cousin, who hasn't yet celebrated her first birthday, and the children I used to nanny, who are just 5 and 2 and can't possibly understand the true climate of the nation. If anyone were to treat my babies the way Barron has been treated, I'm not even sure what my first action after uncontrollable weeping would be.

Seeing grown adults who are upset about the state of our nation take out their anger on Barron is disturbing, to say the least. Barron is just a boy. A boy who may be the age of your child right now. A boy who should be riding around on his bike with his friends, or celebrating a soccer team win with a hot fudge sundae. A boy who didn't ask for any of the publicity he's receiving, but is forced to put on a suit like an adult and stand in front of cameras as the son of the President of the United States, having his every move dissected and criticized.

Whether you're a parent or not, try to put your child, real or imaginary, in Barron's shoes. Think about how it would feel to have someone openly say that your 10-year-old child "looks like a date rapist-to-be" (one of the disgusting comments made about Barron on Twitter by a Comedy Central writer).

Social media has given our mean comments, which wouldn't normally be more than just fleeting thoughts or sly comments to our friends, a place to live and thrive without causing us to feel that immediate sense of guilt that comes with insulting someone to their face. The ability to share these unfiltered thoughts at such a rapid speed is causing us to skip the part where we think about the consequences of our actions.

No matter how you feel today, tomorrow, or at any point in the next four years, I am begging you: If you must make hateful comments (which an alarming number of us are guilty of if we're being honest with ourselves), please do not direct them at this child. He's likely having a hard enough time with all this as it is without someone making a 140-character joke about him probably "looking for stuff to burn in the White House."

Be an adult, be the bigger person, be the one to tell your friends to cool it when they're not "going high." It's what Barack, Michelle, and Hillary would want you to do.