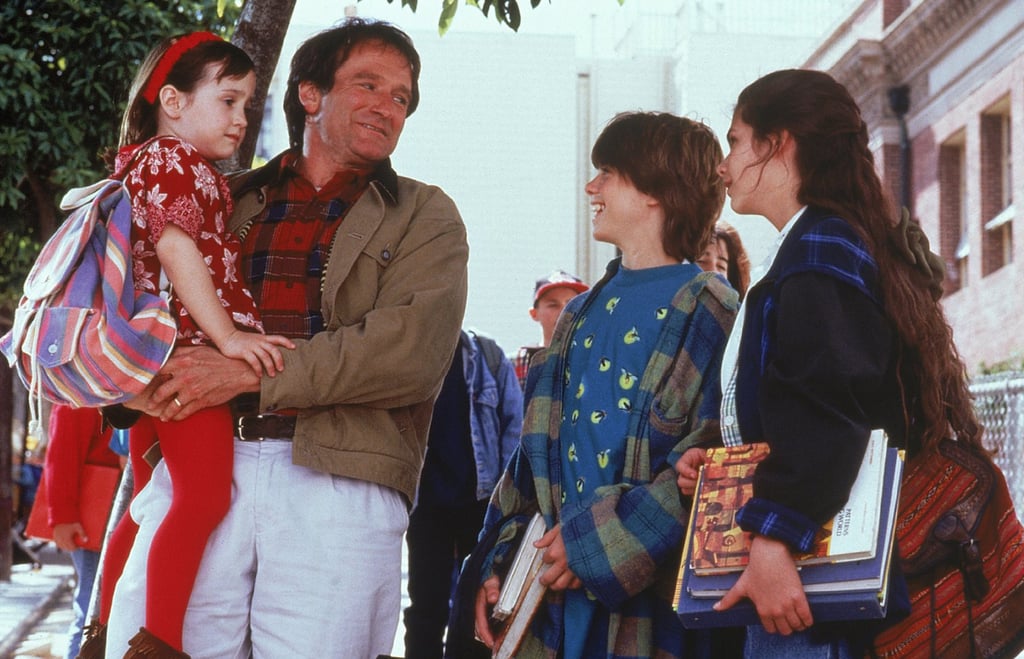 As much as I despise the term "child of divorce," I am one. My parents' divorce has drastically affected my life in every area, from the expert way that I pack suitcases to my ease in detaching from unhealthy relationships. As an adult, I am grateful for the divorce that defined my childhood — but I never could have gotten here without Robin Williams.

The Summer that my parents separated, I went through the motions of coping with a newly split household: anger, lots of crying, confusion, self-blame, and social withdrawal. A lot of my time during those months was spent picking out new VHS rentals at Blockbuster, then retreating to my bedroom for film-fueled escapism. It was during this time that I discovered Mrs. Doubtfire, the movie that changed my life for the better.

As I watched the Hillard children process their new living situation, I found my footing in my own. Sally Field's character, Miranda Hillard, mirrored my mother in her struggle to excel at work, parent resistant children, and maintain a suitable home for her new smaller family. Perhaps most strikingly, I saw my father reflected in Robin Williams's portrayal of Daniel Hillard, the loving, goofball dad who fears losing his children. While my parents had a more amicable divorce than the one portrayed in the film, Mrs. Doubtfire seemed to perfectly sum up my own situation.

In the movie, as he goes to comical lengths for quality time with his children, Williams's character perfectly articulates three lessons that are vital for any child to hear while their parents end their marriage:

I laughed and cried my way through Mrs. Doubtfire probably a dozen times that Summer and still tear up whenever I catch the film on TV. Williams's sincerity in his portrayal of a struggling father helped me come to terms with my parents' divorce, coming out of it a better person. Without his genuine encouragement to children in similar situations, an entire generation of "children of divorce" would have been lost in the shuffle between two homes, never getting affirmation about their unconditional worth as sons and daughters.

The loss of Williams is especially hard for kids who've dealt with divorce, but his impact is unwavering. Two decades after he impersonated a British maid, Williams still offers solace for those struggling in their home lives, particularly the children to whom he related so much. While living in a world without the lovable Mrs. Doubtfire is hard to swallow, the lessons that he taught will never fade: "Sometimes they get back together. And sometimes they don't, dear. And if they don't, don't blame yourself. Just because they don't love each other anymore, doesn't mean that they don't love you."