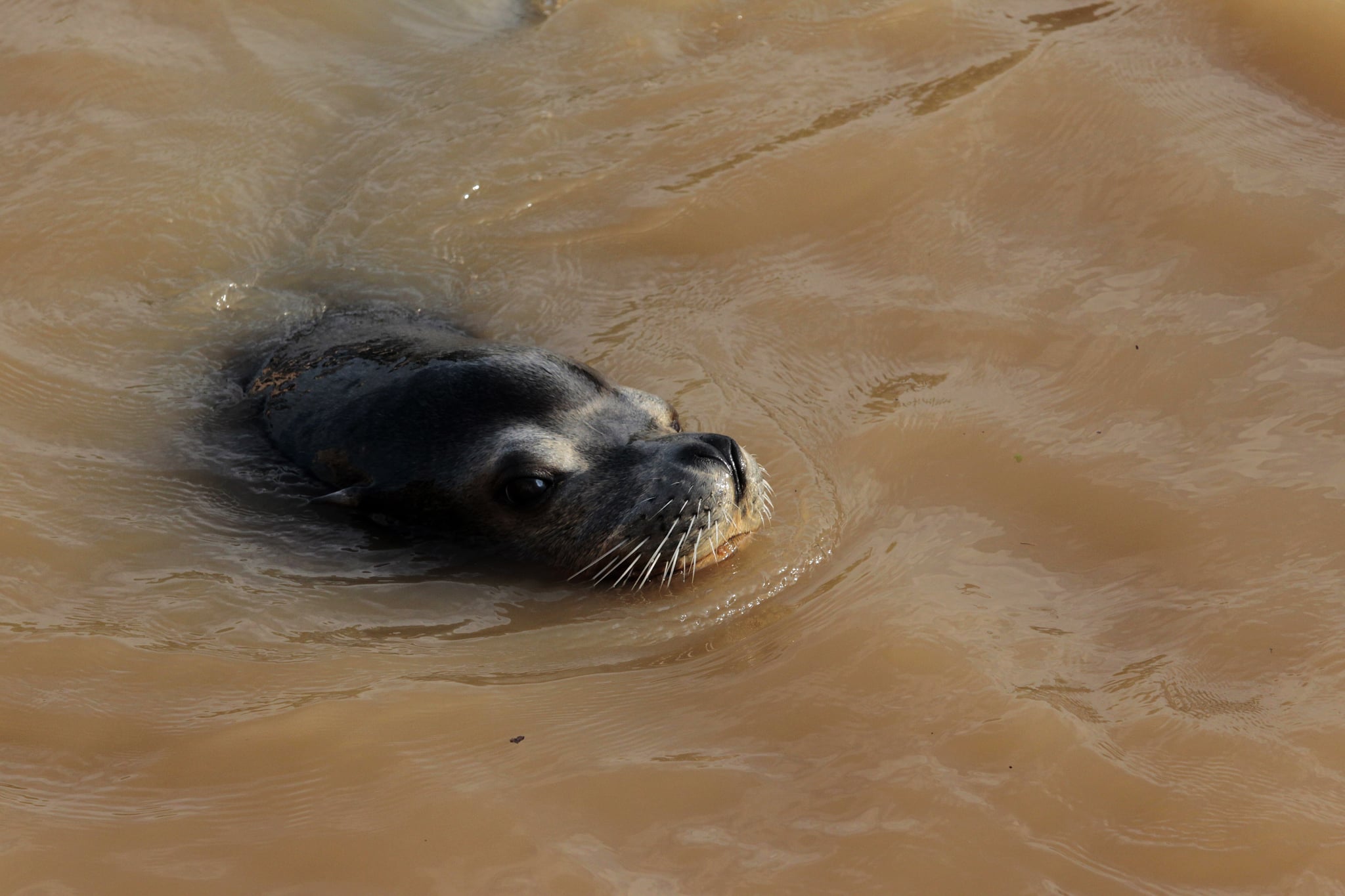 After a shocking video of a sea lion grabbing a little girl sitting on a dock and dragging her into the water, port officials are slamming the parents for the traumatic situation.

The incident occurred at a popular tourist spot, Steveston Fisherman's Wharf in Richmond, British Columbia, where signs are posted warning visitors not to feed the sea lions that frequent the area. "You wouldn't go up to a grizzly bear in the bush and hand him a ham sandwich, so you shouldn't be handing a thousand-pound wild mammal in the water slices of bread," Robert Kiesman, chair of the Steveston Harbour Authority said according to CBC. "And you certainly shouldn't be letting your little girl sit on the edge of the dock with her dress hanging down after the sea lion has already snapped at her once. Just totally reckless behavior."

The video is going viral and additional signs at Steveston docks have been added. According to the postings, the maximum penalty for "disturbing" a marine mammal is $100,000 and sea lion bites "can cause very serious infections that may lead to amputation of a limb or even death."

"You can only spend so much time protecting people from their reckless behavior," said Robert. "We've now seen an example of why it's illegal to do this and why it's dangerous and frankly stupid to do this."

Michael Fujiwara captured the dramatic ordeal and explained that a family dropped bread crumbs into the water after a male sea lion approached the dock. The child got close to the edge and the sea lion popped out of the water, close to her face. She then sat on the edge of the dock with her back to the water when the animal lunged at her again, this time pulling her in. In the upsetting footage, someone in the background can be heard murmuring, "I don't like this…" moments before the animal grabbed her.

"After being pulled back onto the dock, the family quickly walked away from the area without saying much," Michael told CNN. "They were probably very shaken up and just wanted to get away from the sea lion as fast as possible."

Steveston Harbour Authority general manager Bob Baziuk told CNN that the girl and the unknown male who jumped in after her weren't injured, but people need to learn from this ordeal. "It's not Sea World, it's a place where you buy fish," Bob said. "If you feed the animals like this you're asking for trouble."