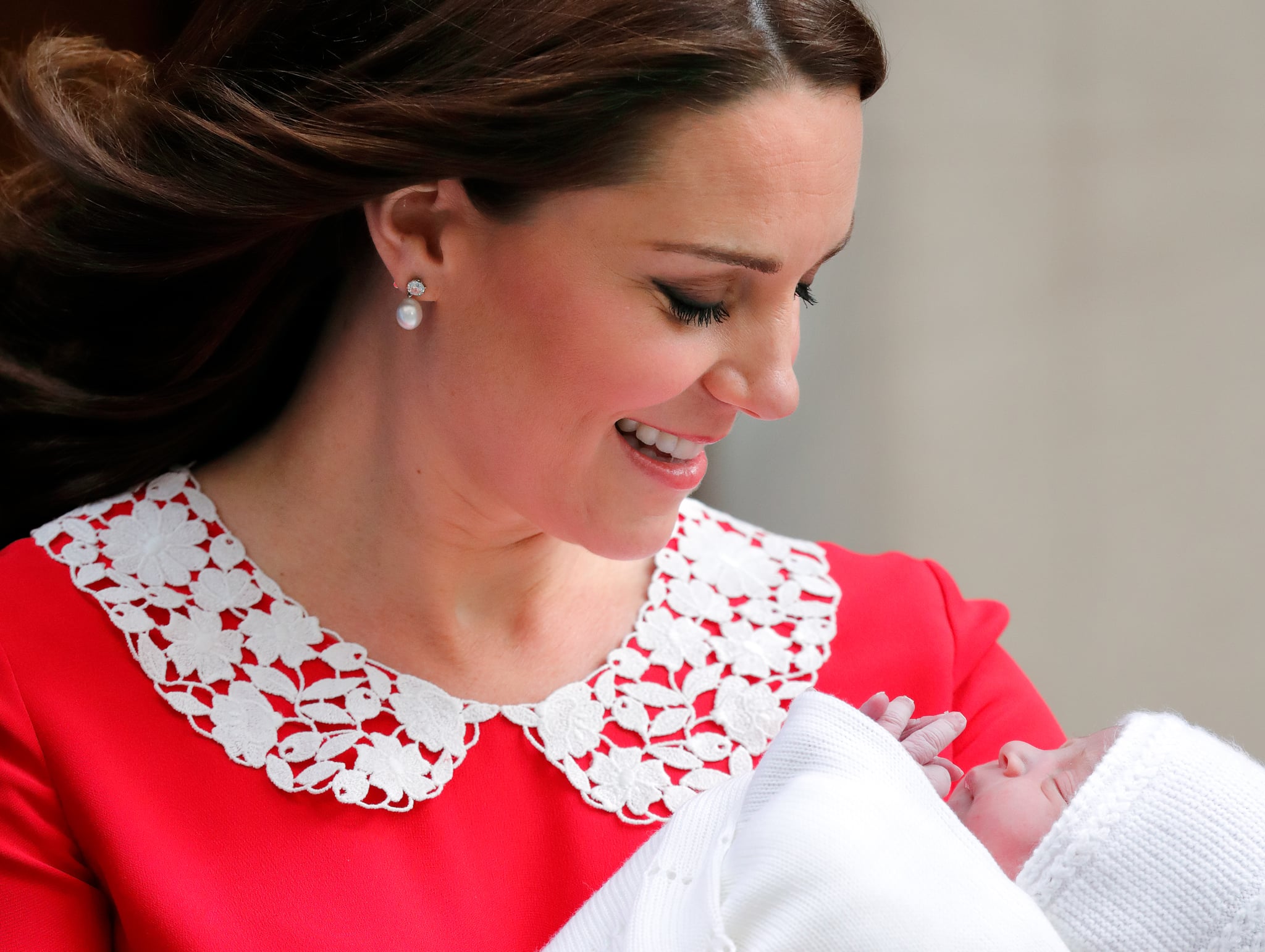 Between her grand slam of a tennis career and her transition into motherhood after a scary experience in the hospital following her C-section delivery, Serena Williams has proved she's one tough cookie. But as it turns out, the mom of 6-month-old Alexis Olympia is convinced there's a tougher cookie out there than her: none other than the Duchess of Cambridge, Kate Middleton.

Kate, who welcomed her third child on April 23, appeared outside the hospital in full makeup, heels, and a beautiful red dress literally hours after giving birth to her son. Serena, who is unsurprisingly swamped, missed the announcement that Kate was going into labor earlier that morning and assumed the mom of three had given birth days ago to have looked that good on the steps of St Mary's Hospital.

Related:
Why the World Is Still So Shocked By Kate Middleton's Post-Baby Belly

"I was really busy, but I saw the baby, and Kate was dressed, and I was like, 'Oh, maybe she had him a couple days ago,'" she told POPSUGAR in an interview to discuss Embrace Active Scar Defense, which she used to help her C-section incision heal with minimal scarring. She added, with a huge laugh: "That's one heck of a woman! Let me tell you: I was not in heels [after I gave birth]. I thought she gave birth maybe two days before! Wow."

Coming from Serena Williams, that's probably the most badass compliment a woman could receive. You go, Kate Middleton.