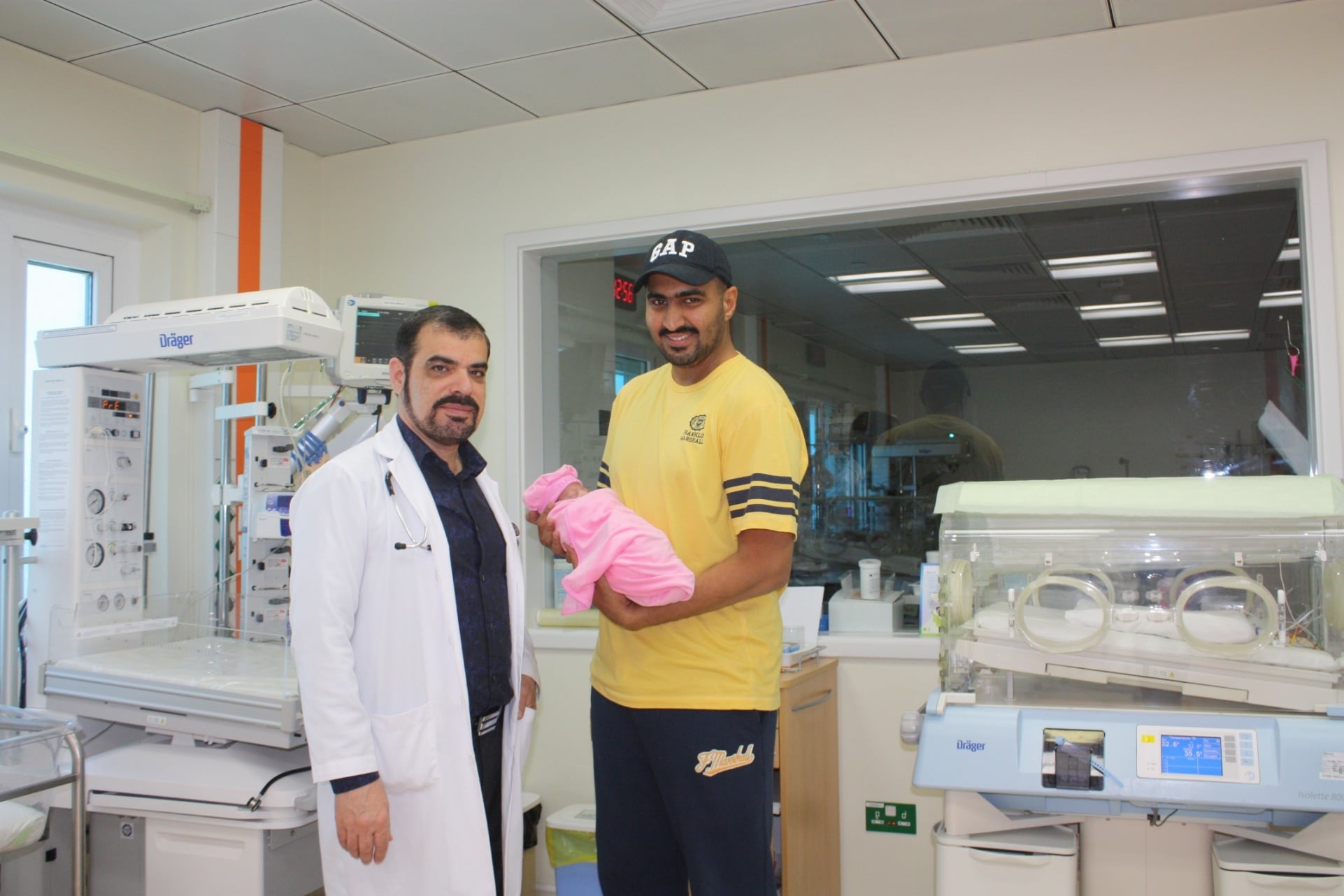 This baby girl was born at only 22 weeks after her mother's urine infection triggered a premature birth, but a UAE hospital reports that little Noura is making progress by the day. Welcomed to the world on January 30 at Zulekha Hospital in Sharjah, her Kuwaiti parents were in the country on vacation, when the unexpected happened. She weighed only 600grams (less than a liter bottle of water) but now she's 1.5kg thanks to the great care doctors provided.

"The first few days of a preterm's life are crucial for its survival. Basic care such as warmth as well as treatment for infections and breathing were provided in order to maximize the baby's chances," Dr Khalaf, who looked after the baby in the Neo-Natal Intensive Care Unit, said. "The infant was placed on a special breathing machine which enables a very gentle and fast airflow in order to protect her lungs.

"On top of this, we had to make sure the baby was handled in an extremely gentle manner regarding all aspects of his treatment. This was due to her fragility and the very high risk of developing intracranial bleeding or pneumothorax (collapsed lung)."

The World Health Organisation estimates that 75 percent of babies that die after a premature birth could be eradicated through cost-effect interventions.

"The baby has been doing well and has had no major complications. Although it is still too early to predict for certain, chances are she can live a normal life," Dr Khalaf continued.

Baby Noura is getting round-the-clock treatment from the team and they're currently making preparations to send her home. We love a happy ending!