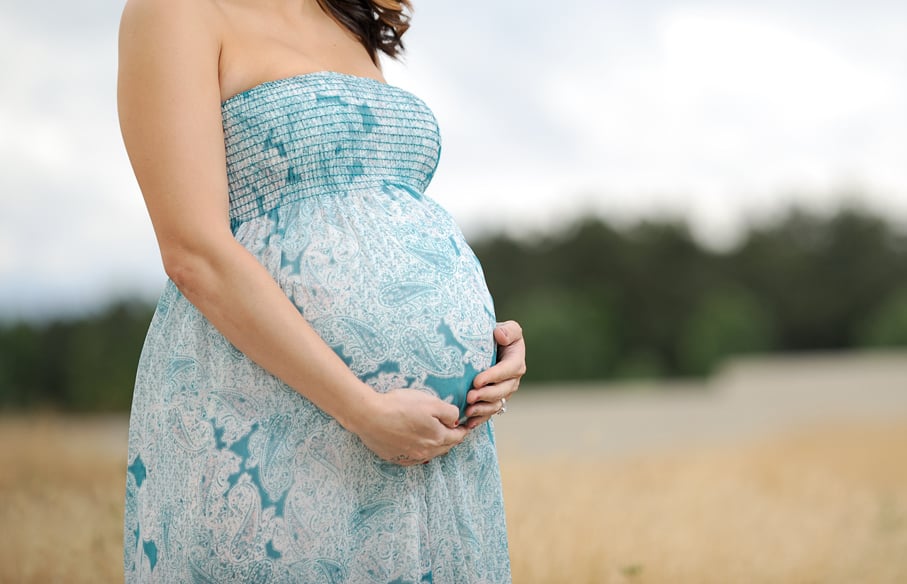 It doesn't matter whether a woman has traveled outside of the United States or isn't planning to get pregnant; the mosquito-borne Zika virus still poses a threat. While there have been a flurry of unknowns surrounding the Zika epidemic, the CDC has released vital information about the Zika virus and its potential impact on pregnant moms as well as unborn babies. Considering that almost half of all pregnancies are unintended and this disease is likely to continue to have ramifications for women trying to get pregnant in the future, here's everything you need to know now or later.

Women can become infected with Zika by being bitten by a mosquito carrying the virus. While this is the primary way the disease spreads, women are also at risk of contracting the Zika virus through sex with an infected partner.

While the virus can be passed from a pregnant mother to her unborn child during pregnancy or delivery, it is currently unknown how likely it is that this will happen. While experts are monitoring 279 pregnant women in the United States and US territories, they still don't know how likely it is for a pregnant women to contract the disease if she is exposed, how the virus will affect her or her pregnancy, during what stage in her pregnancy a mother is most at risk for passing the infection to her unborn child, and what the chances are that her baby will have birth defects if the virus is passed. It is also unknown whether the mode of transmission — a mosquito or sexual intercourse — poses more risk for mom and baby.

Microcephaly is a horrific congenital disease characterized by a small head and incomplete brain development. When the outbreak of the Zika virus first began in Brazil during May 2015, scientists knew of no clear link between the virus and this debilitating birth defect. However, CDC scientists have now formally announced that based on overwhelming evidence, Zika virus infection during pregnancy is a cause of microcephaly and other severe fetal brain defects including eye defects, hearing loss, and impaired growth in infants.

The Zika virus isn't the only way pregnant moms can pass the congenital disease microcephaly to their unborn children. Babies born with microcephaly have limited life expectancies and poor brain function, and microcephaly can also cause miscarriages, severe disabilities, and even death. Other possible ways for an unborn baby to contract microcephaly include changes in their genes, infections during pregnancy, and the mom-to-be being exposed to toxins during her pregnancy.

According to the CDC, based on the evidence available, a woman getting pregnant after contracting the Zika virus does not pose a risk for birth defects in future pregnancies if that child is conceived after the infection has completely cleared from her blood.

Every women of childbearing age is at risk and should take precaution, as almost half of all pregnancies are unintended. It is also important to note that the flu-like symptoms don't immediately emerge and don't always trigger concern; it is unknown whether seemingly healthy babies born to mothers who were infected might develop health problems later in life.

Although there are currently no vaccines for Zika, there are steps women can take to minimize the risk of contracting the disease. Women should invest in bug sprays found to ward off the type of mosquitoes known for spreading Zika, avoid traveling to countries that are experiencing outbreaks, wear long clothing to cover skin if you're in an area where mosquitoes thrive, and avoid unprotected sex — especially with partners who have recently traveled.

Ensure that both you and your partner aren't at risk — from bites or through sexual intercourse — before trying to get pregnant. If you or your partner have recently traveled or have been exposed, even if neither of you experienced any symptoms, the CDC recommends waiting at least two months before getting pregnant.

Microcephaly can't be detected until the second trimester of pregnancy, but since the risk of miscarriage increases after exposure to Zika, expecting moms should immediately work with doctors to reduce the threat.