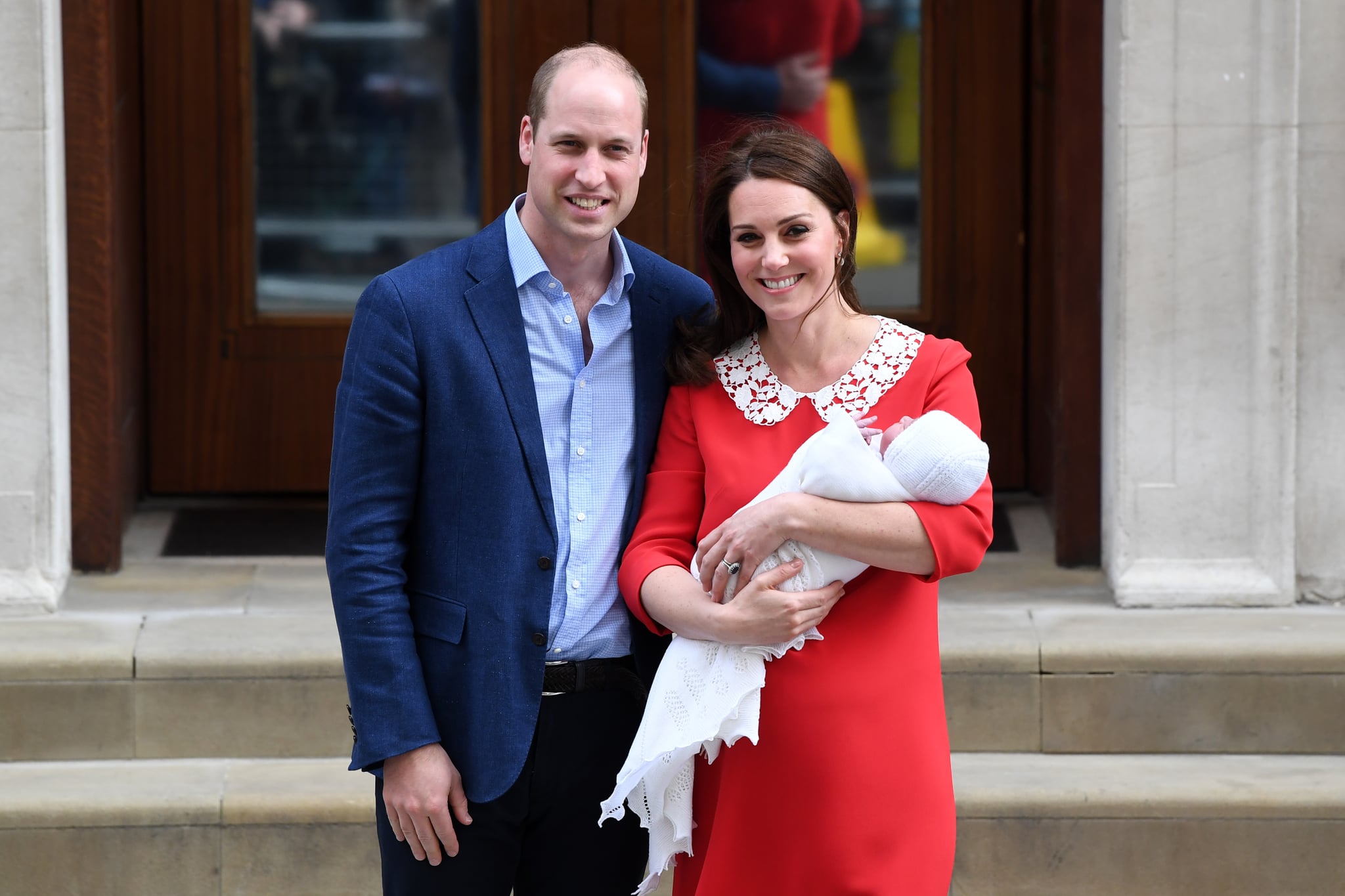 On Monday, April 23, at 11:01 a.m. local time, Kate Middleton and Prince William welcomed their third child in the Lindo Wing of St Mary's Hospital in London. The baby boy has been unnamed since his birth and leaving the hospital with his parents less than 12 hours after his grand entrance — until now. The Duke and Duchess of Cambridge have announced that their little boy finally has a name (well, many names, just like his siblings), which comes after a lengthy title: His Royal Highness Prince Louis Arthur Charles of Cambridge.

Although there were several predictions as to what the baby's name would be before even knowing whether he was a boy or a girl, the name Louis prevailed over all other potential royal names, the meaning behind why it was chosen a precious one.

Related:
Prince William Learned From His Mistakes — Here's How He's Keeping His Newborn Warm AND Safe in a Car Seat

In addition to what it means to the family, in general, the name itself has much meaning. Louis has both French and German origins, and translates to "famous warrior" or "renowned warrior."

Related:
This Is the EXACT Baby Blanket That the Royal Family Has Been Using For 69 Years

Congratulations to the royal family on Prince Louis's arrival!