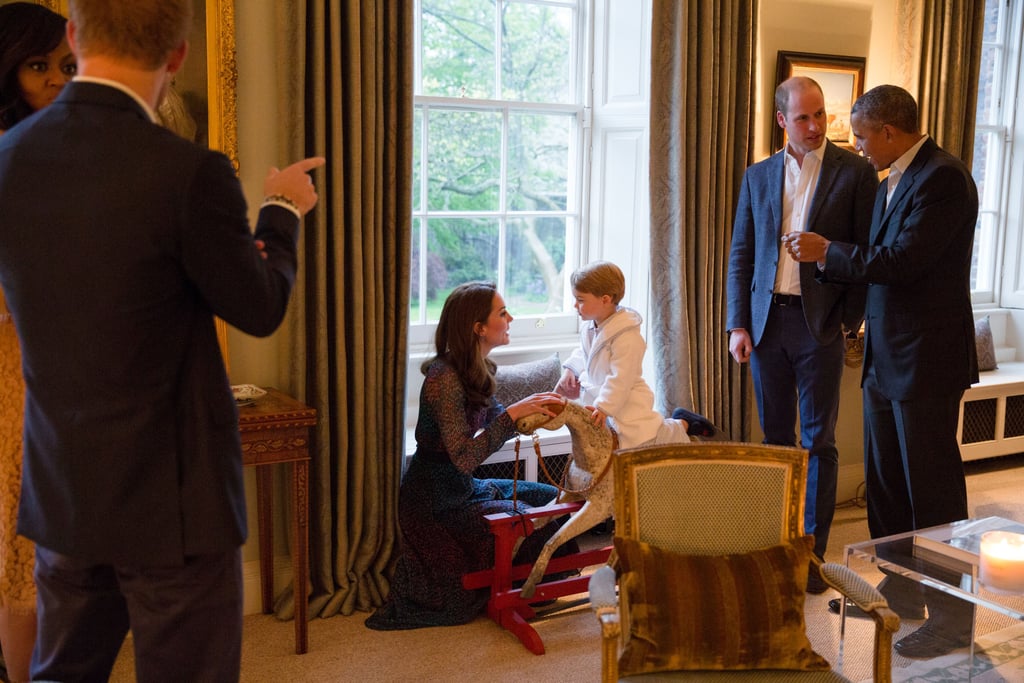 Kate Middleton and Prince William have always had a soft spot for kids. Even before they became a family of five, it wasn't rare to see them interact with some of their youngest fans during official visits and royal tours, and they've since been able to put those skills to good use.

While the Duke and Duchess of Cambridge do get helped by a nanny, it doesn't stop them from being hands on parents to Prince George, Princess Charlotte, and Prince Louis. In fact, Kate and William seem to be approaching parenthood in a way that few other royals have: whatever the occasion, the young parents can often be seen kneeling down when they talk to their adorable children.

By using this technique, Kate and William don't try to assert their authority over George or Charlotte; instead, they are able to look into their eyes, encouraging them to communicate even more and showing them that what they're saying really matters. Of course, this has resulted in William being hilariously scolded by the Queen, but we can't help but love this small gesture.