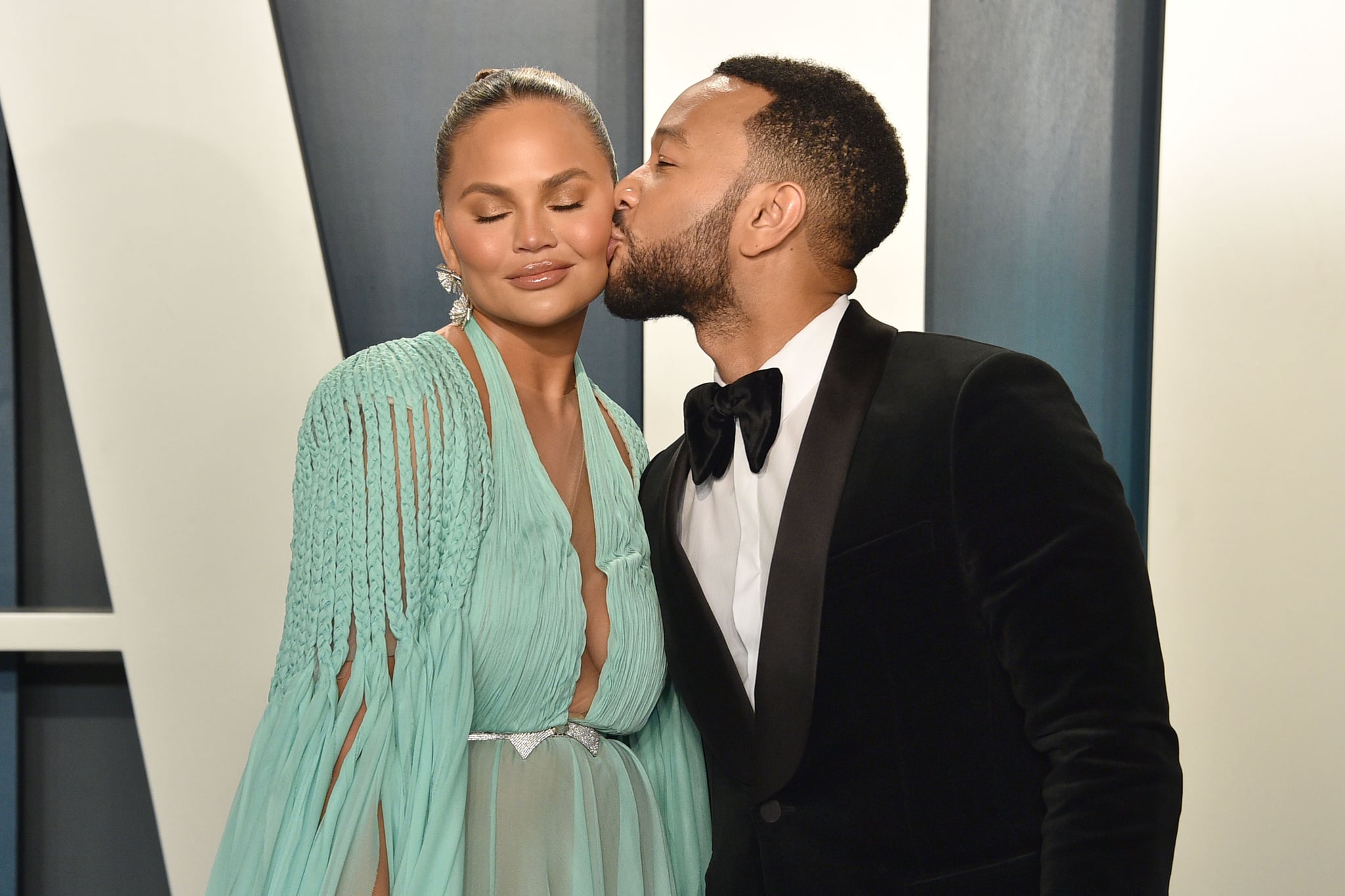 Chrissy Teigen and John Legend are adding another member to their adorable crew, and you already know we're thrilled for the growing family. Since their pregnancy announcement came as a surprise (albeit, a beautiful one, in John's "Wild" music video), there are still plenty of questions left unanswered: how long have they known? When is Chrissy due? How did Luna and Miles react to the news?

Well, Chrissy put a few of these queries to rest on Twitter the day after John's video dropped. "Oh, it's quite a story," she tweeted in response to a curious follower. Chrissy said she took a routine pregnancy test before her breast reduction surgery in June. "It said negative. It was not negative," she told fans.

A few weeks after the surgery she took another test. "For many years now, I've taken pregnancy tests almost every month, praying to see a positive one day," Chrissy tweeted. "Just wishful thinking. I never had a positive before." Both Luna and Miles were conceived through IVF.


"For many years now, I've taken pregnancy tests almost every month, praying to see a positive one day . . . I never had a positive before."

Chrissy was sure she'd be disappointed by her test results, but they came back positive. "I was not disappointed," she shared. "But I was scared. Was pretty positive you shouldn't get your boobs out while pregnant? Pretty sure." She went to every follow-up appointment "terrified" because "even without the surgery, I didn't think I could get pregnant naturally anyway." Despite her fears, it sounds like things are going smoothly with baby number three. "What they say so often can be true. When you give up on trying, life has a way of surprising you."

So, how did Chrissy share this unexpected (and exciting!) news with John? "I always had this big plan or picture of how I'd do it. Screaming, crying. But it wasn't that at all! Just shock. Just handed it to him with my mouth open," she said. Turns out Luna and Miles are having completely different reactions to the news too. "Luna is very, very excited. Miles, not so much. Jealous!"

This pregnancy might've been unplanned — and Chrissy admits she is still "very worried" — she hopes sharing her experience will help other parents who are struggling with fertility. "I hope this gives anyone out there some hope. IVF was an amazing choice for us to be able to make. So hard, but we got two beautiful monsters out of it. I promise you, I never ever ever ever ever thought I could."