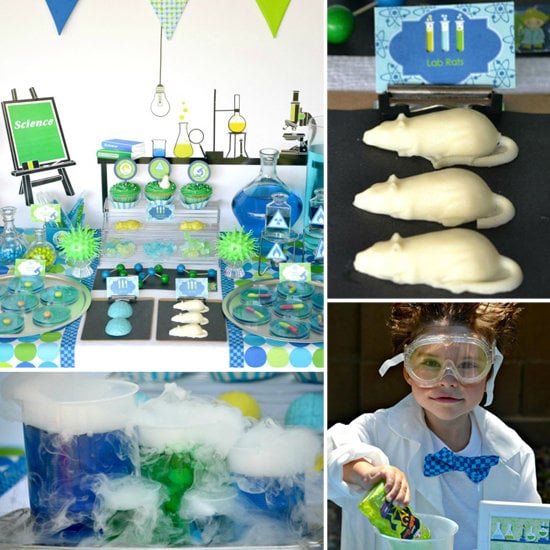 "What's a better way to learn about science than having a mad-scientist party?" says Cris McGrath of Crissy's Crafts. And what little boy wouldn't be mad about a party full of edible treats that look like atom balls, lab rats, brains, frogs, and bacteria culture? This mad-scientist party truly has something for every budding lab rat, including a ton of beakers, test tubes, petri dishes, and lab googles (not to mention some awesome printables). While this bash might look like it could end in a bang (and not the good kind), the only explosion that occurred at this birthday party was an outburst of fun!